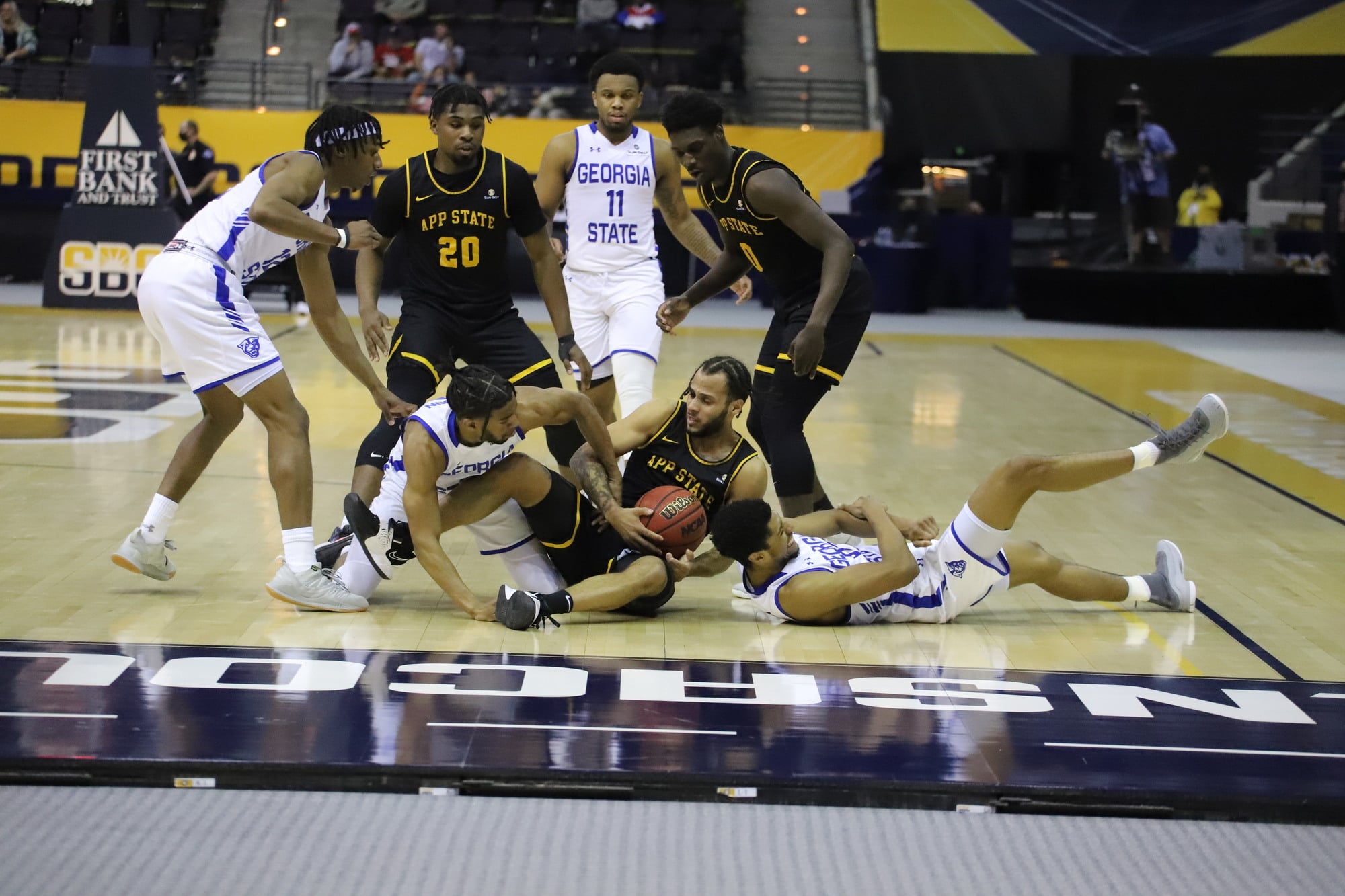 Appalachian State joined the Sun Belt Conference for the 2014-15 season. Tonight, they played for the right to represent in the NCAA Tournament. It took four wins in four days but the Mountaineers got the job done.

They beat Georgia State for the third time in four games this season and as a result claimed their third NCAA Tournament appearance in school history and first in 21 years.

Almonacy is with his third team in three seasons, including a stop at Division 2 Southern New Hampshire last season. He was the best player on the floor tonight. He had 32 points, seven rebounds, and a pair of assists and steals. He also was 6-9 from three-point land, while shooting 10-18 from the field for the game.

2) What a Ride App State Basketball is Giving Its Fans

The Mountaineers earned the four-seed in the Sun Belt Conference Tournament after a 7-8 regular-season record. However, they have now won four games in four days, including a pair of OT games in the quarterfinal and semifinal rounds. App State beat Texas State 76-73 on Saturday before beating Coastal Carolina in the semifinals on Sunday.

THE MOUNTAINEERS ARE IN THE BIG DANCE 👏

App State is heading to the NCAA Tournament for the first time since 2000 after winning the Sun Belt Championship! #MarchMadness pic.twitter.com/jt3onKugkT

3) Where Will App State Be Seeded?

Heading into the Sun Belt Conference Final, CBB Review’s Matty Brackets had Georgia State as a 14-seed. App State certainly won’t be higher than that and could fall to a 15-seed pending the outcome of the rest of the Championship Week. They likely have done enough to avoid being in the First Four and should be placed in the field when it is announced on Sunday night.

Next stop Indianapolis! Appalachian State will need some rest after four wins in four days but will get it in Indy. They will not head back to campus. Instead, they will head for the NCAA Tournament Bubble with a Sun Belt Conference championship in their back pocket and at least one more game to play.