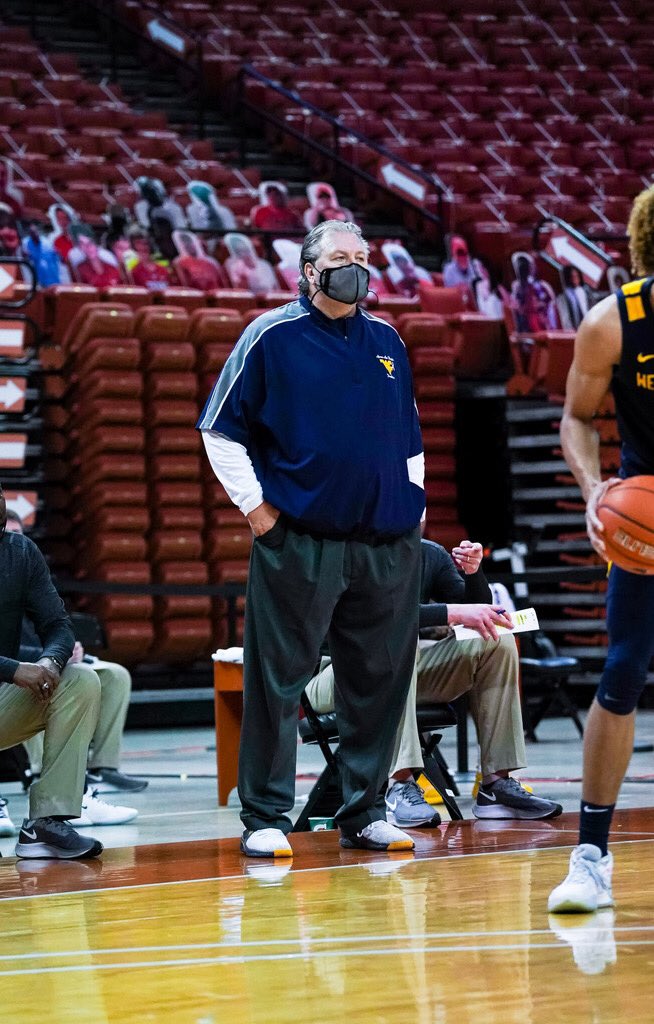 After a tumultuous week of cancellations in the Big-12, Texas and West Virginia participated in an absolute thriller on Saturday in Austin.

The Longhorns came out on fire, dropping 50 first-half points for a nine-point halftime advantage.

The second half was all West Virginia basketball, due in part to foul trouble and constant turnovers from the Longhorns.

Despite the big lead, this game never felt over, especially considering the fact that West Virginia came back down 19 on the road against Oklahoma State just one month ago.

This game was everything that you would expect out of a duel between these two squads. Plenty of scoring, scrappy play, and a close game that came down to free throws at the very end.

There is quite a bit to unpack from this one, so let’s take a look at three takeaways from the Mountaineers’ impressive win.

When Oscar Tshiebwe decided to leave the West Virginia program mid-season, it left Bob Huggins and the Mountaineers with a dilemma.

Since Tshiebwe was the only true center on the roster, West Virginia was forced to completely refine their scheme.

This meant even more three-point shooting than before, transitioning Derek Cutler to more of a big man role, and the need for another star to emerge.

That star has been Sean McNeil.

Last week’s Big 12 co-player of the week, McNeil absolutely torched the Longhorns in the second half, hitting big shot after big shot.

McNeil has shown an ability to get hot at any moment this season, with his lights-out three-point shooting serving as a true difference-maker for the Mountaineers.

Down the stretch of the season, West Virginia will need McNeil to continue to be their go-to shot maker in the clutch. Although McNeil has been somewhat one-dimensional at times with his lack of defense, West Virginia has been able to play at a high level by relying on their offense.

That offense, however, will only go as far as McNeil’s shooting will take them.

Blowing big leads has become a fairly common occurrence for Texas throughout the season.

The main culprit for this has been the turnovers. Greg Brown, Andrew Jones and Kai Jones seemingly did nothing but cough the ball up in the second half, which really weighed down the Longhorns, regardless of the big lead.

Secondly, foul trouble has killed the Longhorns in almost every game. Jericho Sims had ten points and six rebounds in the first ten minutes of the game, but picked up a second foul shortly thereafter and was never able to regain a rhythm.

Courtney Ramey, who was Texas’ biggest star on Saturday with his 28 points, fouled out almost instantly after reentering the game with four minutes left. Texas’ inability to keep their five best players on the floor has hurt them throughout the season, and Saturday was simply another exhibition of careless basketball.

Although Texas lost, Saturday’s game was a showcase of just how good Texas is when they play at their highest level.

Before a brutal cold streak midway through the second half, the Longhorns were well on their way to scoring 100 points on a West Virginia team that is typically known for their defense.

Baylor has risen to the top of the college basketball world with their excellent three-point shooting. Thus far, no team has been able to keep up with the Baylor Bears on the offensive end, hence why they’ve been able to blow out literally every opponent.

However, Saturday’s West Virginia win, despite Texas shooting lights-out for 75% of the game, showed that these two teams can beat anyone with their offense.

There are a few major issues that Texas will need to address before they can even be in the conversation to beat Baylor, but if they shoot how they did for most of the game, it isn’t totally out of the picture.

On the West Virginia end, the Mountaineers have shown that no deficit is too big. Far too often this season, opponents have seemingly gave up due to Baylor stretching out leads in the second half. Saturday’s game was an indication that no matter what the deficit or who the opponent, Bob Huggins’ Mountaineers will never quit and are never out of any game until the final buzzer sounds.