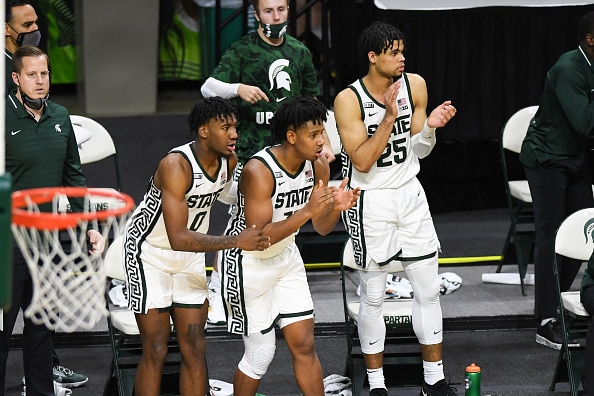 (All odds as of Friday night via VegasInsider.com)

It’s been a season to forget for Tom Izzo and co. but I think Saturday presents a solid spot to back the Spartans.

Michigan State is fresh off a 75-65 road loss to Purdue in a game where the Spartans stuck around and even held a second-half lead.

Yes, Michigan State lost to Purdue by double digits and did not cover the 5.5 point spread, but given the variance of one small sample size I believe it’s worthwhile to take a stab on Sparty Saturday afternoon.

Given Sparty closed as 5.5 point underdogs against the Boilermakers, to essentially say going into Assembly Hall is worth one point more than going into Mackey Arena doesn’t really add up.

IU did just have one of their more impressive if not most impressive offensive performance in their last game versus Minnesota. It’s never easy to back a Big Ten road dog, but getting multiple possessions in a game that may very well come down to the final possession warrants a wager.