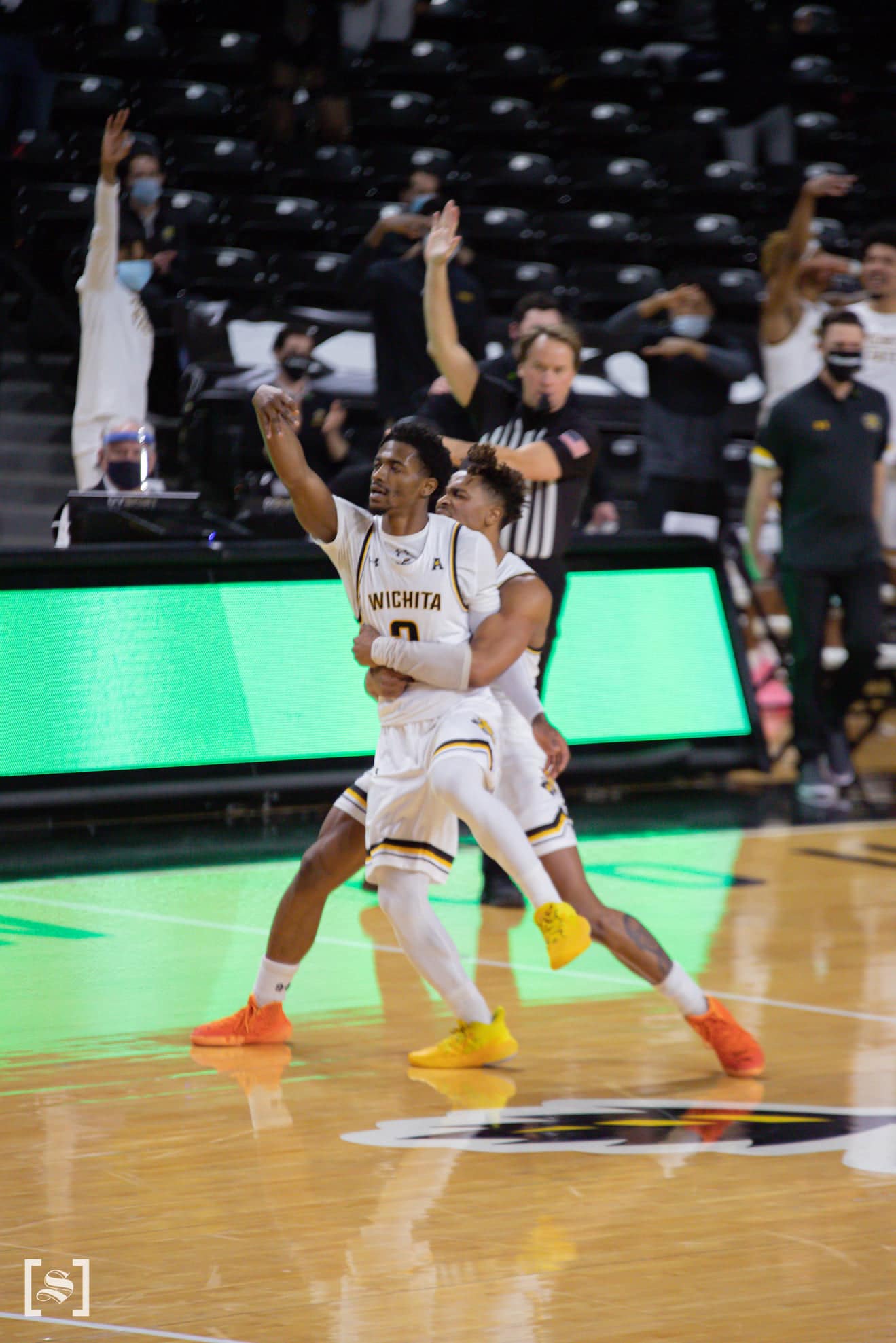 Wichita State basketball perhaps won itself a tournament bid with the win over the Cougars.

The battle for first place in the American Athletic Conference. Houston basketball took care of business in the first meeting beating Wichita State basketball in Houston.

Life just hit Alterique Gilbert back. Has battled injuries for years. Was the key down the stretch as Wichita State beats Houston.

Now has the Shockers in position to make the NCAA Tournament.

Wichita State basketball had even scored as Tyson Etienne caught fire, tying for leading scorer with Alterique Gilbert with 16 points.  Gilbert was much more efficient, making six of his 11 shots and three-of-four from the 3-point range. Meanwhile, Etienne shot five-for-14 from the floor and two-for-seven from the 3-point range. Dexter Dennis added 12 points, and Ricky Council IV added 11. DeJon Jarreau led Houston basketball with 16 points, followed by Quentin Grimes 13 points and Justin Gorham’s 10 points. Wichita State basketball won 68-63 over Houston. This allows the Shockers to take the led in the AAC.

“.@Coach_IBrown just locked up AAC coach of the year. Nothing ‘interim’ about this coaching effort this season.”

He has @GoShockersMBB headed dancing at this point..

Ps – he should also be NAMED THE PERMANENT HEAD COACH!!!!🔥🔥#GetThePressConferenceReady🎙 pic.twitter.com/BIXaBxM4Wc

Both teams are known to have an excellent defense against the three-ball. Allowing under 28.4% of shots from beyond the 3-point line, Houston basketball is actually the nation’s leader in 3-point defense. Wichita State basketball comes in at number 9 in 3-point defense, and both teams will need to drive the ball and cause some fouls. Wichita State did exploit this as the team drove the ball and got to the foul line 11 times in the first half. Houston did not, as the team did not shoot a single free throw in the first half. In the second half, Houston basketball found a spark and attacked. This allowed the team to get into the bonus relatively quickly and caused the Shockers to have three fouls in the first minute and a half. The Wichita State basketball did not get into the bonus until the final minute and a half. It actually seemed that the Shockers made 10-for-22 from 3-point shooting a 45.5% while holding Houston basketball to 8-for-24 from 3-point or 33.3%.

Featured image from The Sunflower.