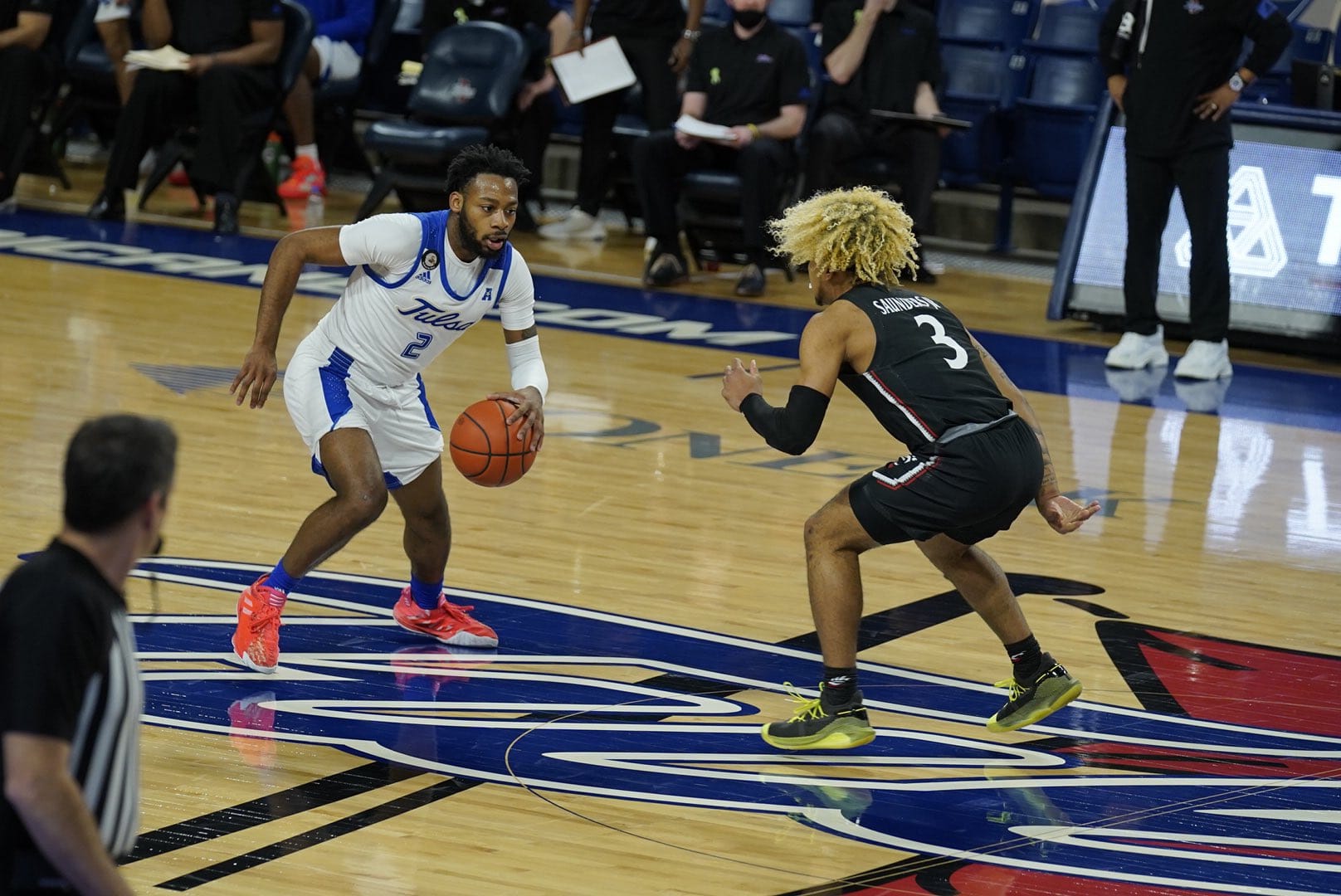 Two teams that have slid tremendously this year from last. As both these teams shared in a part of the regular conference championship with Houston, Tulsa basketball had a hot start this year in American Athletic Conference play. The Tulsa Golden Hurricane even beat the Houston Cougars in their first meeting. Unfortunately, since Tulsa basketball’s loss to Wichita State on January 13, the team barely beat Memphis by 1, got walloped by Houston by 27, and lost by nine to Temple. Tulsa basketball was able to defeat ECU but then lost to SMU, UCF, and Tulane before finally beating Temple in their last game on February 16. Tulsa basketball and Coach Frank Haith are hoping to keep the streak alive.

Cincinnati basketball was a team that I was very high on in the off-season with all the talent retained and Chris Vogt returning. The addition of Rapolas Ivanauskas had me excited for their ability to dominate and score in the paint. Unfortunately, Ivanauskas opted out and joined a professional team in Lithuania. The most recent opt-out is Zach Harvey, who joins Gabe Madsen. Mamoudou Diarra, who had opted out, has opted back into playing for Cincinnati basketball.

The Cincinnati Bearcats are significantly better than what they seem on paper, having only lost to Houston, Tulsa, and Wichita State in Conference play. Unfortunately, this team missed four games in January due to Covid and then recently lost one in February against Memphis for the Covid protocol. After a big loss against the Houston Cougars, Cincinnati basketball is hoping to bounce back against Tulsa basketball.

Tulsa basketball needs to focus on stopping Keith Williams. In the first half, he led all players scoring 16 points, going 6-for-14 from the field and 2-for-3 from beyond the arc. The next closest player was Elijah Joiner scoring 10 in the first half on 2-for-5 from the field, 1-for-2 from 3, and 5-for-7 from the charity stripe. Tulsa basketball was unable to do so but was successful in slowing him down. Keith Williams ended the game with 24 points, going 9-for-24 from the field and 2-for-6 from three. He also made 4-for-7 from the free-throw line. The Golden Hurricane really needed to box out and prevent all the extra possessions Cincinnati basketball could get.

This is true for both teams, but really for Tulsa basketball. The Golden Hurricane needs to have better ball movement and take smarter shots. The team did a solid job handing out seven assists but struggled to score. However, Coach Haith seemed to get through to them as the team did drive the ball and get to the free-throw line. At least Elijah Joiner was able to get that message. If he can continue to do that and maybe get some offensive help or drives from Rachal or Idowu, this game could easily be in hand for Tulsa basketball. In the second half, this really allowed Tulsa basketball to bounce back.

While Joiner remained the go-to guy, Rachal, and Austin Ritchie scoring double digits really assisted and kept this game close. Brandon Rachal finished the game with 14 points, while Richie added 10 points.  Joiner tied his career-high 22 points, 5-for-10 from the field, 2-for-3 from 3-point range, and 10-for-13 from the charity stripe grabbed six rebounds and a team-high four assists.