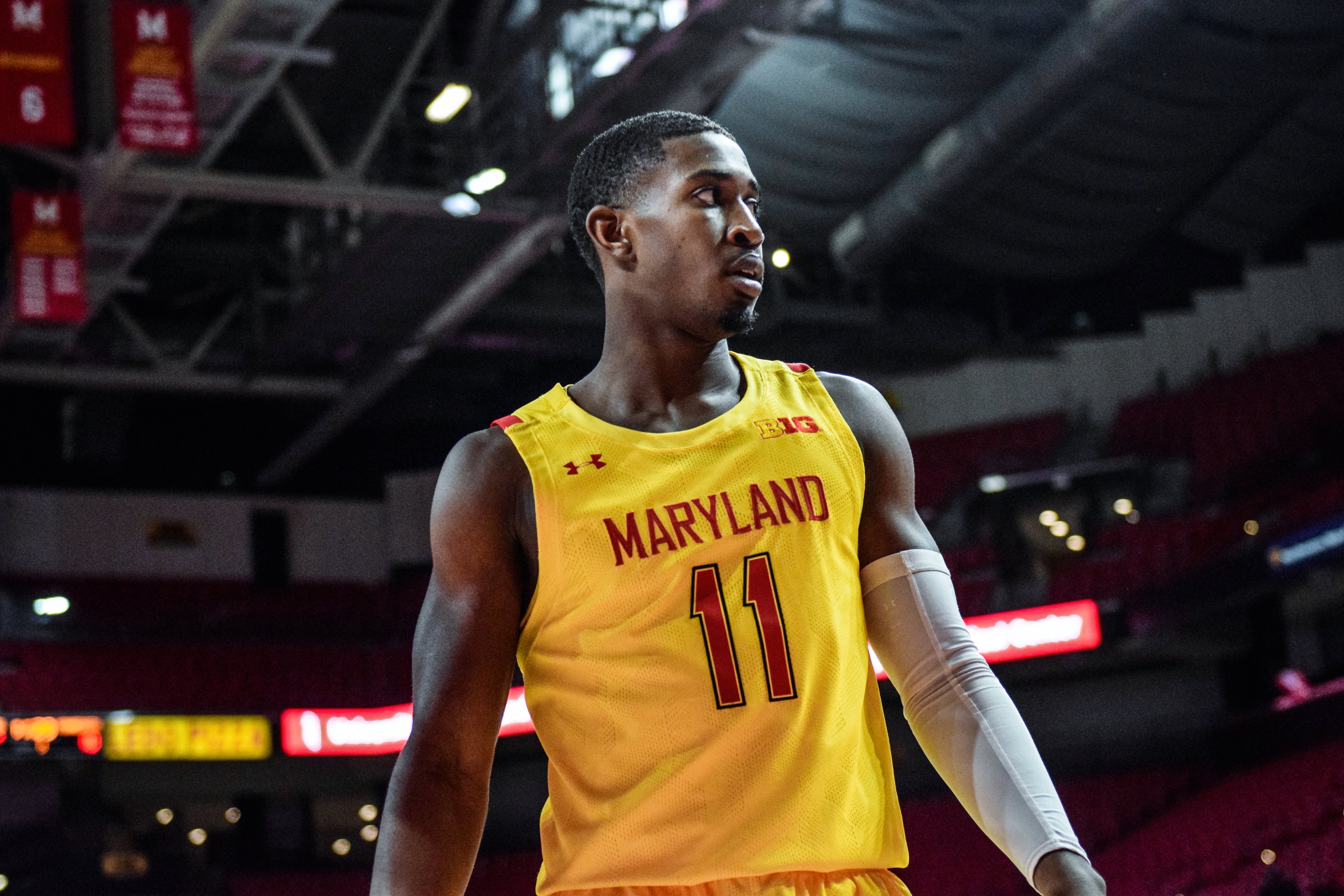 Maryland basketball got back on track with a key win against Minnesota, remaining on the fringes of the bubble in the process.

Maryland basketball ended their two-game skid by knocking off Minnesota 72-59 on their home court Sunday evening. The Terps had fallen back to .500 before the victory, falling out of favor with many bracketologists. Maryland still has a long way to go to get back on the right side of the bubble, but picking up this win will help with that cause. Four Terrapins scored in double-figures, led by Aaron Wiggins with 17 points.

Inconsistency has been the name of the game for Maryland basketball this season. Some nights they come out looking great. Other nights they look like a team without a purpose. However, in this one, the Terps finally put together a complete performance, and earned a positive outcome as a result. It started on the defensive end, where Maryland made Minnesota feel uncomfortable for most of the night. The Golden Gophers struggled to break free from Terrapin defenders, and were forced to earn just about every bucket they got.

Meanwhile, on offense, Maryland’s offense looked fluid. They were able to swing the ball around, making crisp passes and creating lanes to drive. When the defense collapsed, the right pass was made, either to a big on the opposite side of the paint, or on a kick-out to an open player behind the arc. The Terps were able to get quality shots, converting to the tune of 52 percent shooting for the game.

It’s no secret at this point that Minnesota struggles when they play on the road. The Golden Gophers are now 0-7 in true road games on the season, and the contrast is startling. Coming into this game, Minnesota was averaging 80 points per game at home versus just 64 on the road. That trend continued as the Gophers finished just shy of 60 points as a team. That has led to Minnesota losing road games by an average of 15 points this season.

In such an odd season, perhaps not playing well on the road won’t matter in the eyes of the selection committee. However, it could also be viewed as even more concerning, considering most venues aren’t allowing fans this season. That puts more onus on teams to hype themselves up on the road. For whatever reason, that’s just not happening to the Gophers.

Minnesota will most likely hear their name called on Selection Sunday. However, given how they perform away from The Barn, an early exit seems likely.

3) Maryland continues to live dangerously on the bubble

The strength of the Big Ten always carries its teams that sit towards the bottom half of the league. Such is the case for Maryland basketball this season. The Terrapins have picked up four ranked wins this season, including three on the road (Wisconsin, Illinois, Minnesota). On the flip side, many would argue that a team that is barely over .500 and four games under that mark in league play shouldn’t come close to being included in March Madness. The bottom line is that life in the Big Ten affords teams to be under consideration.

Maryland’s remaining schedule sets them up for more harm than good. Five of their last six games come against teams below them in the Big Ten standings. Only Rutgers remains as a team that will most likely make the tournament from the league. Losing to the Scarlet Knights but beating everyone else would leave the Terps at 16-11 heading into the conference tournament. However, drop even one game to the likes of Nebraska, Penn State or Northwestern, and their fragile bubble could burst. Essentially, the pressure will remain on right up to the bracket reveal on March 14.