Drake Basketball: An Unexpected Season for the History Books 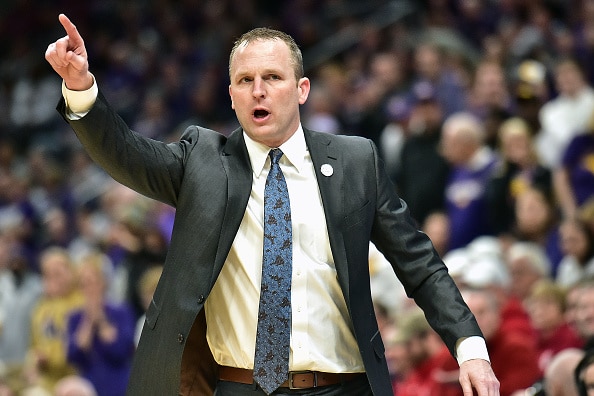 Drake basketball has had a historic start to the season. It may have been unexpected, but the Bulldogs are making the most of it.

The history books for Drake basketball aren’t much to look at. As a program overall, the Bulldogs are just 1280-1494 (.461). They have only been .500 or better 48 times in their 114 seasons. The Bulldogs have only accumulated seven 20-win seasons and have only been to four NCAA tournaments. The one bright spot in the history of Drake basketball is two of those trips to the NCAA tournament reached the Regional Final and one tournament run ended with a trip to the Final Four in 1969.

That is until this season.

Drake basketball is off to its best start in program history. At 17-0, the Bulldogs are only four games shy of tying the program’s longest winning streak of 21 games set by the 2007-2008 team. This success didn’t start this season however, it started in 2018 with the hiring of Darian DeVries. DeVries is a Missouri Valley man through and through. He played at Northern Iowa and then became a graduate manager at Creighton before becoming an assistant under Dana Altman in 2001. When Gregg McDermott took over in 2010 he remained on staff and awaited his turn to one day take over as a head coach of a Division I program.

At the time of DeVries hire, Altman told the Des Moines Register, “I think Drake is getting a young man who is not just a great basketball coach but really wants to be there and really is excited about the challenge of building Drake into a power in the (Missouri) Valley (Conference).”

DeVries has been all that and more.

In his first season at the helm, Devries led the Bulldogs to a 24-win season, only the sixth 20-win season in program history. He followed that up with another 20-win season and delivered the most successful first two seasons of a head coach at Drake since 1950, going 44-24. Now he is continuing that success and quite possibly doing so as the biggest surprise of the season.

Drake finished eighth in the Missouri Valley Conference in 2019-2020. Their leading scorer and rebounder, Liam Robbins, entered the transfer portal. Anthony Murphy graduated and the Bulldogs were now down two starters and two of their top three scorers. Not necessarily an optimistic position to be in, heading into a season with limited to no offseason preparation. They were picked seventh in the preseason poll, and I myself counted them out and placed them as fifth with not even an inkling of thought they could compete for a Missouri Valley title or even a birth into the NCAA tournament.

The poll was wrong!

Drake basketball is doing just that! And they are doing it at historic levels.

They are in a position to win the Missouri Valley and in a position to be one of two teams from the conference who can make the NCAA tournament. Their 17-0 start only trails Wichita State (2013-2014), Indiana State (1978-1979), and Cincinnati (1962-1963) for the best start for a Missouri Valley team in conference history. And two of those teams reached the Final Four.

Drake not only is having amazing success, but they have also overcome a pause in their season due to Covid-19 and was able to bounce back immediately with four straight wins.

Drake is now ranked #25 in the AP Poll. It’s only the eighth season in program history that the Bulldogs have been ranked but, maybe it shouldn’t be as big of a surprise as it seems.

Roman Penn was a third-team all-conference member last season and his production has remained steady despite playing nearly four fewer minutes than last season. Penn’s leadership and consistency have been exactly what the Bulldogs have needed. He was named to the Lou Henson Award midseason watch list and is every bit deserving to be there.

D.J. Wilkins and Tremell Murphy have been consistent while both increasing their production from last season, but, the biggest surprise may come from the two newcomers who are making big-time moves in the starting lineup.

With Robbins’ departure, the question of who can fill that void was high on everyone’s minds this offseason. Seton Hall transfer Darnell Brodie has completely filled that void.

“He really helped fill a void. I felt like Darnell has played really well and as the season has gone on I felt he has gotten more comfortable,” DeVries said. “His impact for us has been really pretty dynamic in terms of what we needed and what he’s been able to provide.”

With the Robbins void filled the next step was to fill the absense of his scoring presence, which is exactly what Green Bay transfer ShanQuan Hemphill has done. Drake has answered the question so many teams struggle with. DeVries has found the perfect blend of returning players and transfers working together and finding success.

The season is far from over and Drake’s biggest test still looms on the horizon when they host Loyola-Chicago for two games on February 13 and 14. That series may very well decide the Missouri Valley regular season champion and could also have big implications on NCAA tournament bids.

No matter what happens that weekend and with the rest of the season. Drake fans should be happy. A homegrown Iowa kid growing up to lead Drake to historic endeavors is exactly what this season needed. As long as Darian DeVries remains at Drake, the future is bright in Des Moines.