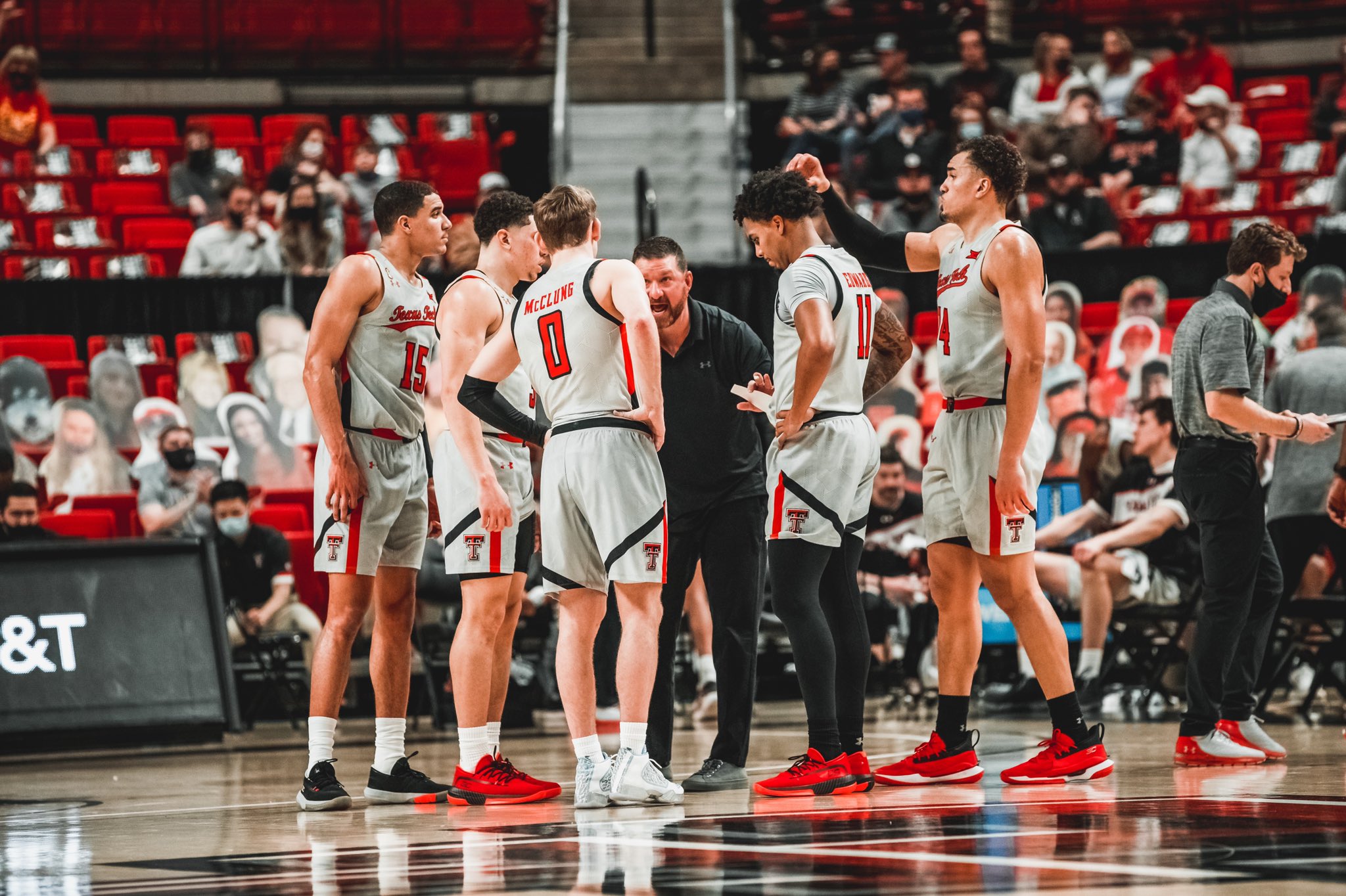 Texas Tech basketball held on to a late lead to beat a hot Sooners team.

Oklahoma basketball came into tonight making the largest leap of the week in the Top 25 with its win over #9 Alabama last week. It catapulted up 15 spots to #9 and wants to prove that they deserve the ranking. However, this team will miss the playmaker and biggest threat in Austin Reaves, who is out due to Covid-19 protocols. Reaves will be missed, but this team will need to find someone to fill that void. Texas Tech basketball is hoping to bounce back in conference play after a tough loss to West Virginia on January 25, 2021. The Red Raiders lost to #11 ranked West Virginia 88-87 after Miles McBride made a jumper with six seconds left.

Feels good to be home! pic.twitter.com/JVwLNcqRdC

Texas Tech basketball was able to bounce back after a tough loss to WVU. The Red Raiders won 57-52 over the OU Sooners in Lubbock. Unfortunately, OU basketball was not able to survive another game without its floor general Austin Reaves.

Both teams are struggling with this after the first half of play, Oklahoma basketball had 0 assists, and Texas Tech basketball only had four assists. The ball movement for both sides was just ugly. Both teams fell into the trap of trying to take a man one-on-one instead of driving and kicking it out or passing the ball to the big man down low and having him kick it back out. This is more of an issue for the Oklahoma Sooners as their team is a little smaller than Texas Tech Red Raiders. Ball movement and tempo will be huge for the Sooners in the second half if they have any hope of getting back into this game. This remained an issue throughout the game, but luckily the talent and second-chance points for Texas Tech basketball really helped the team come up big. The Red Raiders were able to get to the free-throw line, which helped the team win this game. While the ball movement was crisper for the Red Raiders, the team kept cutting to the hoop and forced the issue.

As I eluded to, these teams need to have ball movement. With the lack of Austin Reaves for the Sooners, the team has zero assists and struggles to create open looks. Meanwhile, Texas Tech basketball is forcing the issue, driving the ball, and finding an open man. If the Sooners want to get back into this game, someone must step up, as the leading scorers are Brady Manek and Umoja Gibson with five points. Gibson may be the answer as he has been much more efficient than all his teammates and has seemingly been the best player for Oklahoma basketball.

This also goes for Texas Tech, who had some great looks in the first half but could not capitalize. Texas Tech basketball shot fine but can really turn it up in the second half, especially if the team can get Mac McClung going. In the second half, Gibson started creating shots. His drive and kicks are drawing in the defense and have gotten Oklahoma basketball back into the game. Mac McClung and Terrence Shannon Jr. drove the ball and were the aggressors. With McClung unable to hit anything from the field, he managed to go perfect from the line going 6-for-6, while Shannon was also perfect, going 4-for-4 from the charity stripe. Texas Tech basketball made it to the free-throw line 22 times and made 18 of those shots. The Red Raiders were able to make 81.8% of their shots.

The steal and score for @knownas_moja!

The University of Oklahoma executed its defense very well in the first half, keeping Texas Tech to 25 points and completely shutting down Mac McClung. He did not make a single 3-pointer, missing all three in the first half. Only one was a wide-open look. Oklahoma basketball had very active hands causing five steals of the seven turnovers for the Texas Tech Red Raiders. Both teams have done a solid job helping when needed but also staying active on each individual. Texas Tech started breaking down due to Gibson driving the ball at the start of the second half as OU climbed back into the game. Unfortunately, Texas Tech basketball was able to deal with it and drive back into OU. Both defenses caused a lot of issues, but OU’s inability to score was atrocious. Shooting 33.3% from the field and 27.3% from 3-point range, Texas Tech basketball accomplished its mission. While this is impressive, OU did a good job on Texas Tech basketball, holding them to 33.3% from the field and 35.7% from 3-point range. The biggest accolade is really shutting down Mac McClung, who had not scored under double digits against a Big 12 opponent. McClung was averaging 21.1 points in conference play.

Oklahoma basketball will host Iowa State on Saturday, February 6, 2021. OU will be looking to bounce back and remain in the top 10 in college basketball and the top half of the Big 12. This OU team will also have Austin Reaves back into the line-up and extra playing time for the core players to get valuable minutes to be applied for the NCAA Tournament. Meanwhile, Texas Tech basketball will travel to Manhattan, KS, to play against K-State on Saturday, February 6, 2021. This team will want to continue its streak.