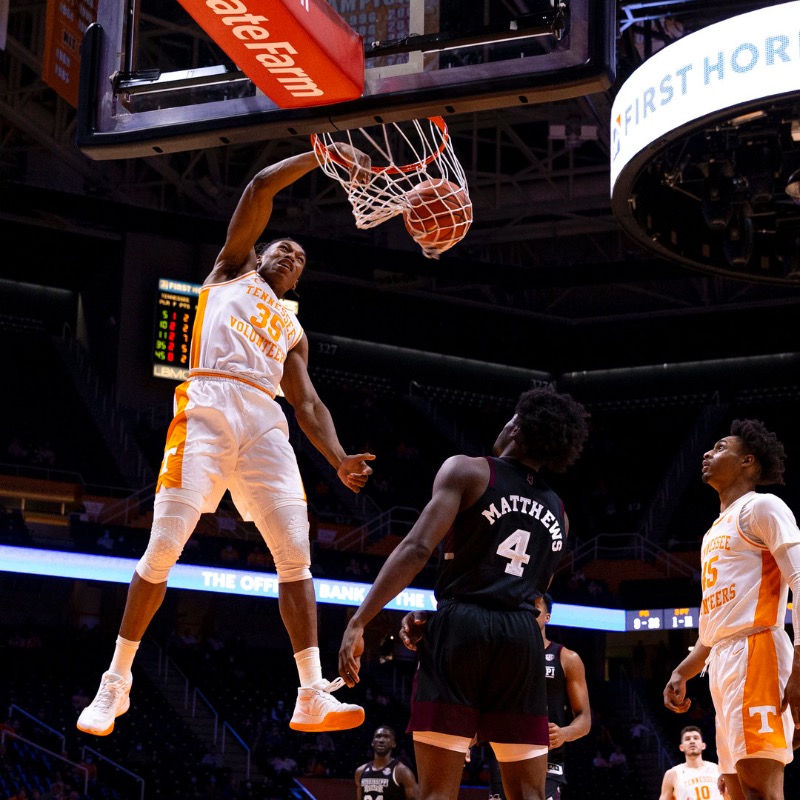 The 8th annual SEC/Big 12 Challenge commences on Saturday, as both conferences attempt to prove their dominance over the other.

In their seven previous competitions, the Big 12 currently leads 4-1-2, however, after a tie last year, both sides will try to regain the crown. 20 teams, 10 from each conference will face each other in an exciting saturday slate. Here is a preview of each game and predictions for each game and the overall competition will end.

The first matchup of the SEC/Big 12 challenge is probably the game of the day. Two of the hottest teams in the country will face off against each other to not only get a win for their conference, but a huge resume win as well. Alabama is currently undefeated in conference play and is on the path to getting at least a two seed and could even get a one seed. Oklahoma has back to back wins against Kansas and Texas and is clicking at the right time. This will be a shootout, with Austin Reaves of Oklahoma and John Petty of Alabama being two of the highest volume shooters in the league.

Unlike the Alabama game being played at the same time, this is not one to watch. Texas A&M is on a three game slide and has fallen back to .500. Kansas State is on a seven-game losing streak and is seen as one of the worst Power 6 teams. Texas A&M needs this game as a confidence booster, but Kansas State has a home-court advantage which might be a bigger factor than expected.

This should also be a great game between two teams with very similar records. Texas Tech is coming off a last-second heartbreaker against West Virginia and is going to be playing with a little bit of a spark, but they’ll have to do so against an LSU team that wants to make the tournament and need this win to do so. What should be interesting is how LSU’s freshman stud Cameron Thomas will perform against Texas Tech’s elite defense. LSU has been struggling against teams better than them, but they understand the importance of this matchup which might keep it close.

Florida has an extremely balanced roster, with five different players averaging ten or more. While West Virginia also has some great talent, they rely heavily on one of the top bigs in the country Derek Culver and rising star Miles “Deuce” McBride. If the Gators can shut down at least one of those two, they can win this game, but that’s a lot to ask. West Virginia having home court doesn’t help either but expect this game to be competitive throughout.

The schedule makers really dropped the ball with this matchup. Missouri vs Kansas is what everyone wanted to see but instead, Mizzou will take on a TCU team that has struggled dearly. This is probably the only SEC freebie and Missouri should win this game comfortably.

Sharife Cooper of Auburn has taken Auburn from a barely .500 team to a top 3 SEC team. What he has done should earn him player of the year awards solely for how valuable he’s been. His matchup against Jared Butler is going to go down as one of the top matchups of the whole season. While Sharife is an important factor, he’s going to need the rest of his team to play their best games against this Baylor team that is already being written as a final four lock.

There are a few swing games that will impact the winner of the SEC/Big 12 challenge, and this is one of them. Both teams boast great records, and both have dipped since the start of conference play. The only difference between the two is Arkansas is 0-3 against currently ranked teams, while Oklahoma State is 2-3. Those two wins might be the difference as to who can perform against a team at the same or higher level than them, but this game can go either way. A lot will also rely on Oklahoma State’s star freshman Cade Cunningham’s availability after he’s missed the past two games.

The two coldest top 20 teams in the country face each other looking to get back on track. Tennessee got embarrassed by Florida then outplayed by Missouri at home before a narrow victory against a mediocre Mississippi State team. Kansas on the other hand lost three straight to Oklahoma State, Baylor and Oklahoma before a win against TCU. Both teams were expected to be top 10 teams, and both could be if they figure it out which makes this game very anticipated.

Iowa State is really bad. They haven’t won a conference game yet and sit at 2-8. Mississippi State also have 8 losses but 7 more wins than Iowa State. This plus home court for Mississippi State should make this game pretty one sided.