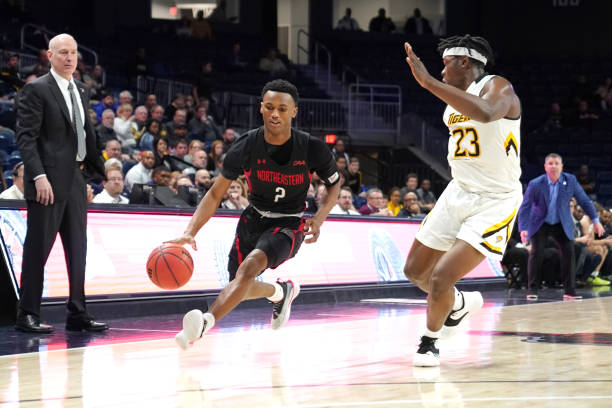 College basketball has a long history in Massachusetts, including the game being invented by James Naismith in Springfield.

So let’s see how the colleges playing in the home state of the game are faring this season. The Bay State has seven teams playing Division 1 college hoops among the seven Massachusetts basketball schools. We thought it would be a neat exercise to take a look at who has started the year strong and rank them. Believe it or not, the seven schools who call Massachusetts home play in six different conferences. Only Boston University and Holy Cross play in the same Patriot League. That number should actually be eight schools and seven conferences. However, Harvard and the Ivy League are not playing during this pandemic season.

Let’s take a closer look at each school and its season to date and we will rank them at the end of the article. If you like Massachusetts basketball, go cook a bowl of clam chowdaaah, and sit down for an entertaining read that will take you more than a minute man but not as long as it would to take your husky or terrier for a walk or watch an eagle or river hawk to soar through the air. It will take you less than if you were a warrior in a crusade, however.

Best Player: Stefon Mitchell has been the Eagles horse in the trenches. He has averaged 8.6 points, 7.2 rebounds as well as 1.3 blocks, steals, and assists while shooting 52 percent from the field.

Postseason Prospectus: The door isn’t closed but it’s only inches apart and will need four wins in four days at the ACC Tournament to reach March Madness.

Click the link ⬇️ for a full recap from tonight’s win at Lafayette along with postgame comments from @BUCoachJones. #GoBU https://t.co/cviUjvOmC4 pic.twitter.com/tEieLFvyJP

Best Win: The Terriers swept Central Division leader Lafayette on the road this past weekend, winning 81-76 and 64-61.

Best Player: Javonte McCoy has scored over 14 points in every game this season. The senior, who has started 93 of his 102 career games, is averaging 16.5 points, 5.0 rebounds, and 2.2 assists. He had a season-high 21 points in a loss to Albany.

Postseason Prospectus: BU will look to repeat as Patriot League champs. Their win over Colgate on March 11, 2020, in the championship game was one of the last games played before the season was shut down. The Terriers will need another run like that to play in this year’s NCAA Tournament.

The Crusaders run away with a 76-60 victory over Colgate at the Hart Center.

Best Player: Austin Butler is averaging 14.3 points, 8.9 rebounds, and 1.1 assists. Butler is a sharpshooter making 50% of his field-goal attempts and a sizzling 45% from behind the arc. Ironically, he has made only eight of his 21 free throw attempts.

Best Win: The Warriors opened their season with an impressive 97-90 OT win over Sacred Heart.

Best Player: Mikey Watkins has shot 52% from the field and 82% from the free-throw line while averaging 13.7 points, 4.2 rebounds, and 3.3 assists per game. He had a season-high 19 points in a season-opening win over SHU.

Postseason Prospectus: The Northeast Conference is a one-bid league, so the Warriors will need to win the postseason tournament to punch a ticket to the NCAA Tournament.

Worst Loss: The Huskies haven’t had a true bad loss, but their 79-72 setback to CAA foe James Madison (second-place) on January 24 fits the bill.

Best Player: Tyson Walker, who had a season-high 30 in that JMU loss, has led the Huskies. He is averaging 16.9 points, 5.3 assists, and 2.9 rebounds while shooting 43% from the field and over 77% from the charity stripe.

Postseason Prospectus: Sitting atop the CAA standings, Northeastern can make the road to the NCAA Tournament run through Boston if they can navigate the remaining schedule and clinch the regular-season crown (locking in an NIT bid in the process). The Huskies have split with second-place JMU and swept third-place Hofstra. The rest of the schedule is against the bottom half of the league so the Huskies have a legitimate chance to earn the top seed.

The #Flagship🚩 knows how good he is. Now everyone else does, too.

Best Player: Big-man Tre Mitchell has been a beast for UMass. He is averaging 20 points and 7.4 rebounds. He had 37 points and five rebounds in an 85-66 win over LaSalle on December 16, 2020. He has had nine games of scoring 20 or more points while shooting 51% from the field.

Postseason Prospectus: The A-10 will be a multiple-bid league, the question is whether UMass can win enough in the regular season to enter the discussion for at-large consideration. If not, they will need to win the conference tournament against the likes of St. Louis, St. Bonaventure, Richmond, and Davidson.

Big numbers and a pair of River Hawk wins have earned Obe his second #AEHoops Player of the Week Award this season!https://t.co/pVJdXczhUv#UnitedInBlue pic.twitter.com/e7oGlxjjEe

Worst Loss: Albeit against an ACC school, NC State throttled UMass-Lowell 90-59 on December 3, 2020, in a game at Mohegan Sun Arena.

Best Player: The best name of this group of best players by far is Obadiah Noel, who is averaging 21.2 points on 48% shooting from the field. Noel adds 4.9 rebounds, 3.5 assists and has scored more than 20 points in seven of their 14 games.

Postseason Prospectus: UMass-Lowell will need to win a deep America East over title contenders UMBC and Vermont as well as solid teams in Stony Brook and Hartford.

Now that you are caught up on the seven Massachusetts basketball schools this season, let’s rank them. It will take a postseason tournament title for any of these schools to go dancing in March, but here’s how we rank them as they enter February.