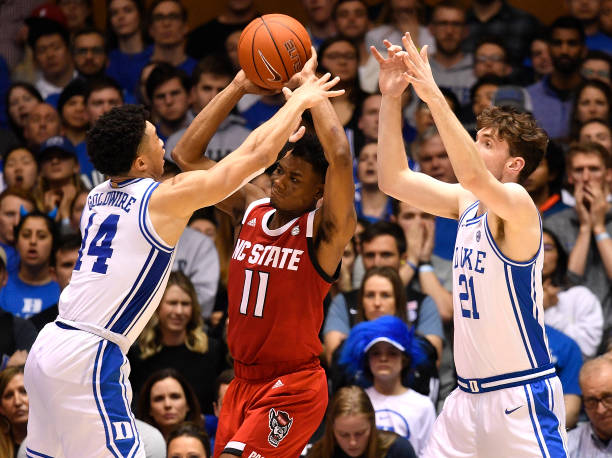 Duke basketball closed out the game making seven of 10 free throws helping them close out the Yellow Jackets 75-67 Tuesday night.

In a season surrounded by questions regarding COVID-19 and what is happening to Coach K’s squad, this win could help provide momentum and clarity for Duke basketball as they move deeper into conference play.

Matthew Hurt and Jalen Johnson combine for 32 points per game and are the only two players on the Blue Devils to shoot above 50% from the field. Typically, Duke is known as a blue-blood program certified by multiple one-and-done. This year, that is not the case. If this team comes back next season with a year under their belt, they could be dangerous and pose a threat in the ACC.

2. Georgia Tech needs to shake this loss off QUICK.

The Yellow Jackets haven’t beaten Duke in Durham since 2004. They can’t get caught up in losing a close one because the season is still revivable. Georgia Tech faces off against Florida State, Louisville, and Virginia in three of their next four games – all top-25 teams. Prior to the loss against Duke, Georgia Tech almost upset Virginia but lost 64-62. If Georgia Tech can continue with their typical gameplan and not lighten up late in the game, the Yellow Jackets could make it to March Madness for the first time since 2010.

3. This win is more important to Coach K and Duke than you think.

With crunch time right around the corner, Duke needed a win to get their swagger back and find their momentum going forward. Six of Duke’s next nine games are home at Cameron Indoor that could prove crucial heading into March and trying to make the tournament.