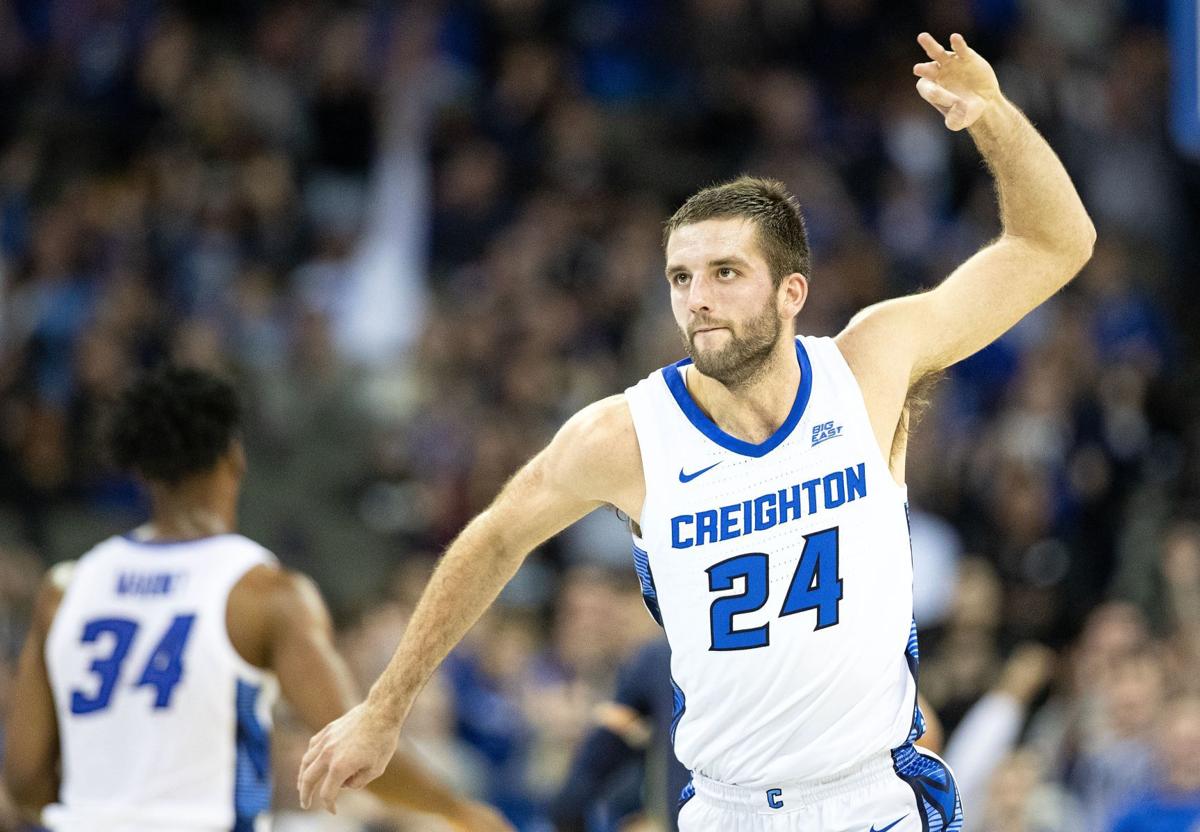 Creighton basketball delivered a sweep of Seton Hall, and in a brutal fashion for the Pirates.

Creighton basketball used a late run to snuff out win number two against Seton Hall in 2021, 85 to 81. Mitch Ballock had 29 points and three other Jays were in double-figures, but most of it was from behind, as Creighton came back from as much as 16 points.

For the Pirates, it was a crushing defeat. Seton Hall still sits at 9-7 overall and 6-4 in the Big East but is now 0-4 against ranked opponents, making the upcoming game against Villanova all the more important.

Bryce Aiken was a bright spot for the Pirates, as he had 12 first-half points and 21 in the game off the bench. But the Bluejays limited Big East Preseason First Team All-American, Sandro Mamukelashvili, who finished with just 11 points, 6 rebounds, and 3 turnovers.

1) Add ‘comeback kids’ to what Creighton basketball can do

The Bluejays are now 4-4 in games decided by five points or less. They’d lost the previous two close games against Butler and Providence and turned it around with a 20-point turnaround against Seton Hall.

It speaks to what the Creighton team is made of. Sure, they often live by the three – but they don’t die by it. The Jays have the type of edge that keeps them in games even when their shots aren’t falling, making it very tough for opponents to lock in defensively for all 40 minutes.

Against Seton Hall, Creighton used a zone to throw the Pirates off their offensive rhythm. That in turn kept the Jays in fighting distance and eventually allowed them to turn it into a Bluejays lead, which they wouldn’t look back from.

Getting closer to March, it’s a characteristic that has to be mentioned. Creighton can shoot the lights out, defend as good as anyone, but also won’t give up. They play for all 40 minutes, whether they’re up 20 points or down 20. There aren’t many teams that have that type of build.

2) Seton Hall basketball is officially on the ‘bubble’

Coming into this game with Creighton, Seton Hall was sitting pretty as an 8-10 seed according to many bracketologists. But a blown game like that won’t sit well, and with Villanova on Saturday as the only chance remaining at a quality win of that magnitude, the Pirates have some pressure to come away with a win.

Myles Cale said Seton Hall must look at it like any other game. “Don’t put too much pressure on ourselves. Being the leader that I am, I’m going to put that out there to my teammates,” Cale said.

It’s good for a senior leader like Cale to take ownership of the loss and move forward in that direction. However, there’s no denying the magnitude of the Villanova game. While a win wouldn’t automatically put the Pirates in the NCAA Tournament, it would set them apart come Selection Sunday. Contrary, a loss would have Seton Hall at 0-4 against Creighton and Villanova, ultimately putting their record in the fate of the NCAA Tournament committee.

Back to takeaway number one, Creighton’s style of play won’t go down easily.

While they may not rely on big men, the Jays seem to have mastered to small ball style of play. It’s a matchup nightmare for anyone, and even at that, the conditioning and discipline of the Bluejays are hard to match.

While there are still some questions remaining on if Creighton basketball has what it takes to reach the Final Four, I’d be hard-pressed to find many lower-seeded teams that could knock Creighton out early.

The Jays and Pirates are back in action on Saturday, with Seton Hall hosting Villanova at 3 p.m and Creighton traveling to DePaul for an 8 p.m tip.