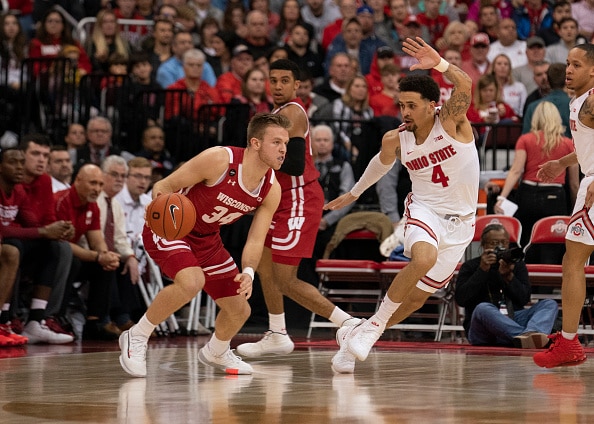 Following the Badgers disappointing 77-54 road loss to Michigan on January 12th, Wisconsin has notched two straight wins over Rutgers (60-54) and Northwestern (68-52) most recently. Wisconsin is a well-respected team in the betting market, especially when playing home games at the Kohl Center. Wisconsin has been at least an 8.5 point home favorite this season over the likes of Louisville, Minnesota, Loyola-Chicago, and Indiana.

While Ohio State (KenPom #18) has had a successful season-to-date, the point-spread is a little short in this one. Ohio State is getting a bit too much respect in the market. They also do not match up particularly well with Wisconsin. Wisconsin has the ability to exploit the Buckeyes in the interior as former Buckeye big man Micah Potter and Nate Reuvers should be able to get theirs against a weaker Buckeye frontcourt. Wisconsin’s methodical style of play and ability to limit the Buckeyes from three-point range bodes well for a Badger win and cover.