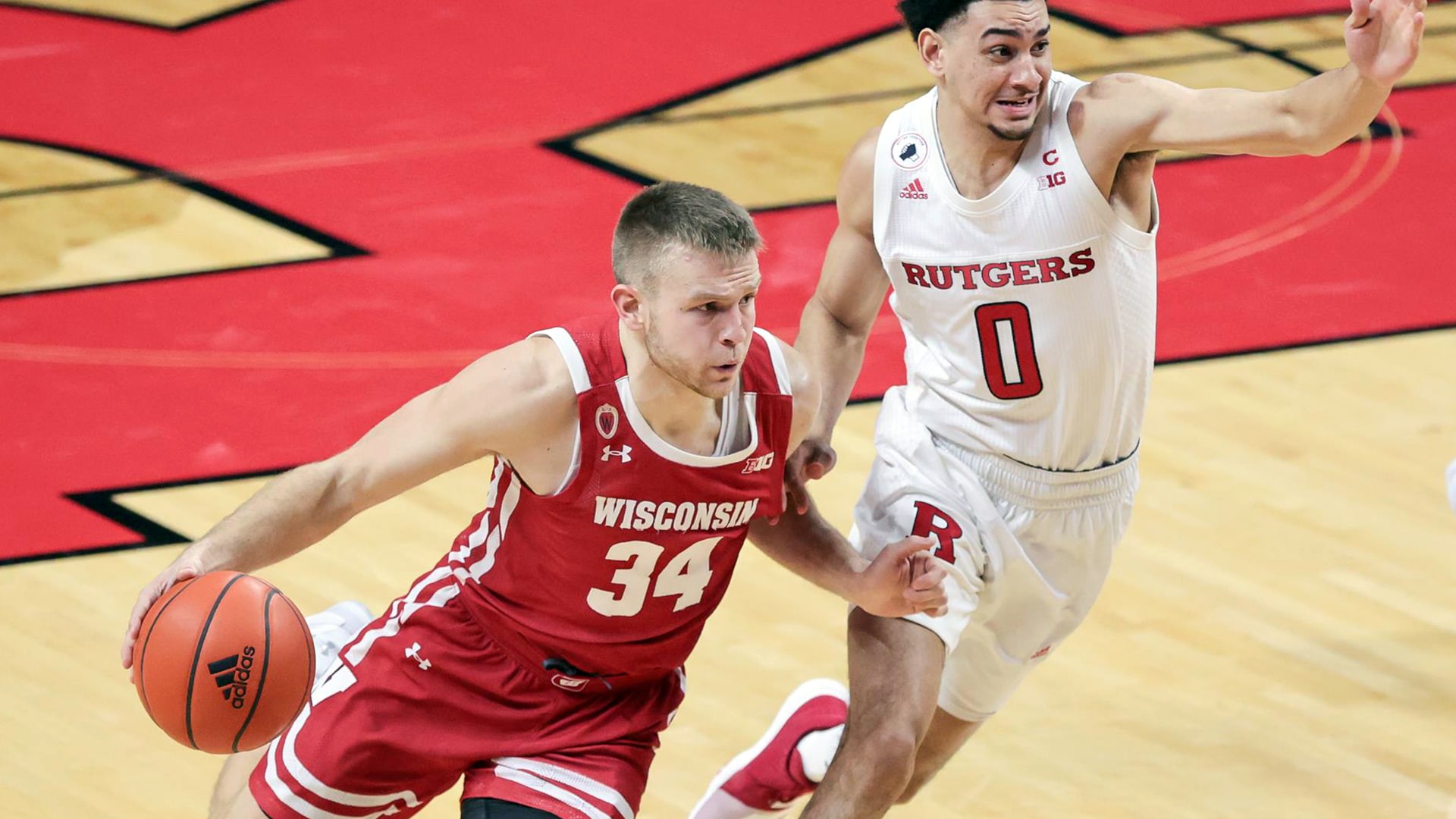 Wisconsin basketball earned a nice bounce back win after getting thrashed by Michigan.

Wisconsin basketball had a lot to prove after getting taken to the woodshed in Ann Arbor earlier in the week. They grinded out a 60 to 54 win over Rutgers on Friday, earning their first-ever win at the RAC since the Scarlet Knights joined the Big Ten. D’Mitrik Trice was the key down the stretch, going on a personal 8-0 run late in the second half to help create the gap that ultimately gave the Badgers the victory.

Wisconsin basketball’s aforementioned loss to Michigan earlier in the week gave the Badgers their second league loss of the season. Having two losses at this point in the season doesn’t dash hopes of winning the conference by any means. However, with the way Michigan and Iowa have been playing this season, the margin of error feels awfully small for anyone chasing them.

The Big Ten has shown over the past few seasons that even its best teams take hits at times, and that has certainly been the case in Wisconsin’s two losses this season. Every win matters, and winning at a place like Rutgers isn’t easy. There are no off nights in a league where 12 teams are in the mix for the NCAA Tournament at this point in time. The Badgers could’ve let the outcome from earlier in the week affect how they played tonight. Instead, they came out focused and did just enough to earn the victory.

Scarlet Knight fans may feel like the rug is being pulled out from under them, as Rutgers has now dropped four straight games and five of their last six. However, sitting at 3-5 in the Big Ten is not the same as having that record in almost any other power conference.

Rutgers hung tough with Wisconsin basketball tonight and certainly played well enough to win. They also lost two closely contested games to Ohio State and lost by a bucket to Iowa. While all of these outcomes are heartbreaking, playing in the Big Ten assures the Scarlet Knights that they will have plenty of opportunities to build their profile back up.

Rutgers outrebounded and outscored Wisconsin in the paint tonight. That is an encouraging sign that they are doing everything right by working for high-quality shots and playing stout defense, keeping the opponent from getting second chances. As long as they continue with that kind of effort, positive outcomes should follow. However, if things continue to spiral, Rutgers will be sitting much closer to the bubble than fans will be comfortable with.

3) Big Ten basketball was on full display in this one

The average college basketball fan probably would’ve been bored by this game. There were few flashy plays, few fast breaks, and plenty of scoring droughts. This match-up was the true definition of a grind, with both teams fighting for points in the paint and getting after it on the boards, with bodies flying everywhere. In other words, it was a fairly normal night in the Big Ten.

At first glance, it would appear that both teams really struggled offensively. Wisconsin shot close to 35 percent and Rutgers close to 37 percent from the field for the game. However, that’s a credit to the defense that both teams played on the night. Each squad had to work for every bucket they scored, with plenty of possessions eating away most of the shot clock. There are many fans who would use this style of play to argue for rule changes that speed the game up. Perhaps those changes are inevitable as the college game transforms to prepare players for the next level of basketball.

For now, the “old-school” game will continue on in a league that is known for its physicality and grit.