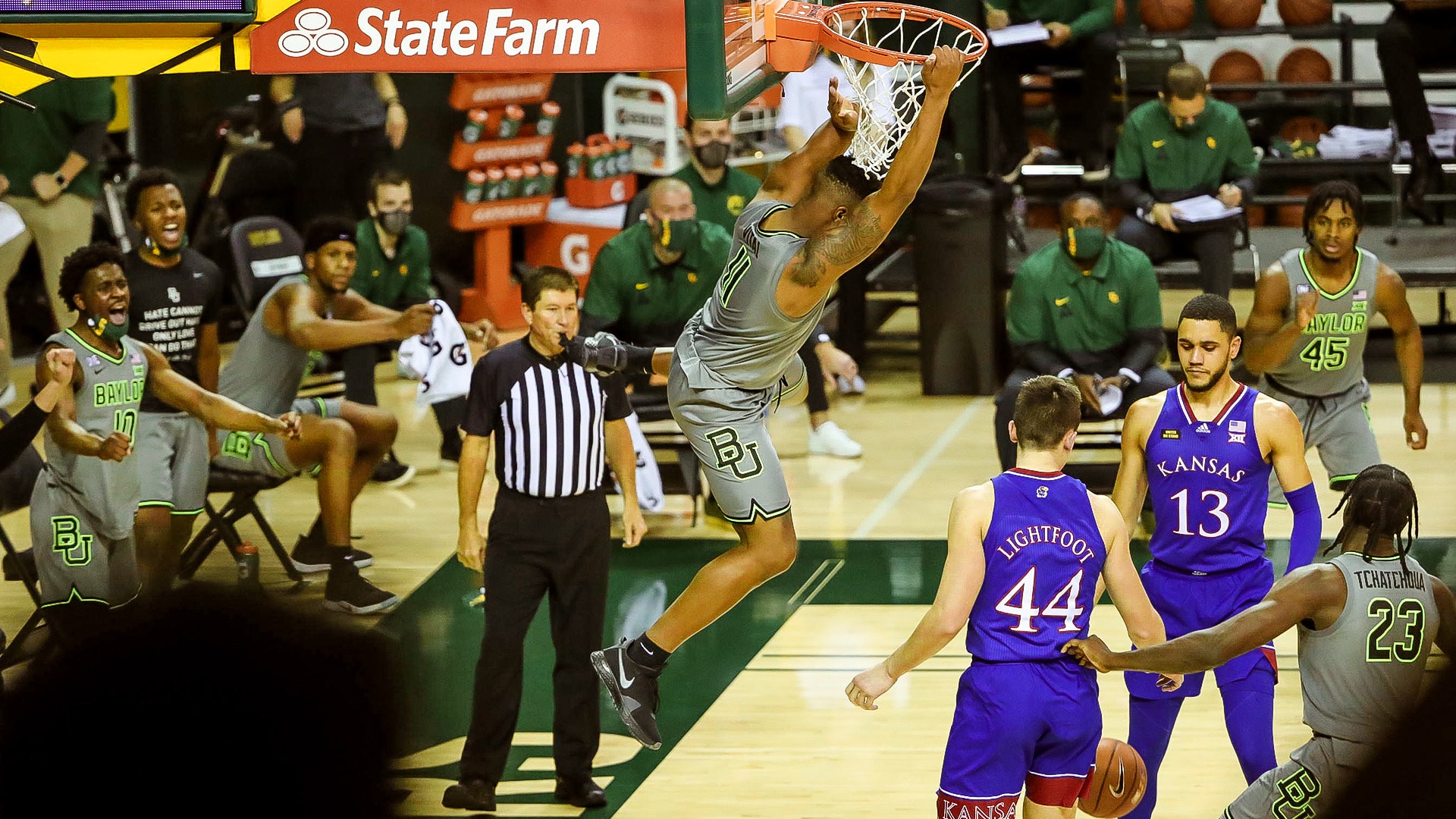 With the loss, Kansas falls to 4-3 in conference play while Baylor improves to 5-0. It is highly doubtful that Baylor will lose three more games, even though the Big 12 is very competitive this year, and even more doubtful that Kansas wins out. It is now going to be between Texas and Baylor, and not Knasas to see who will take home the Big 12 title, a situation that has become oddly familiar the past three years.

2) What happened to Jalen Wilson?

At the beginning of the season, Jalen Wilson was looking like a star for Kansas and a potential All-American. He nearly single-handedly beat two top ten teams at the time in Kentucky and Creighton. In the past three games, he has scored under 10 points and only 4 in back to back games. In those three games, they’ve lost two and nearly lost the third to Oklahoma. Kansas’ success relies a lot on Jalen Wilson’s production, so he’ll have to figure out his mistakes if Kansas wants to contend in the Big 12 and the NCAA tournament.

The best player on the second-best team in the country showed once again why he is so great. He scored 30 points for Baylor and went an impressive 7-9 from three. It seemed like every time Kansas made a run, Jared Butler would hit a three and stop the momentum. He also added 8 assists, and while he didn’t get his usual steal total, he did a solid job on the defensive end. While Baylor has a lot of great options, they need Butler to remain successful and he has done just that.