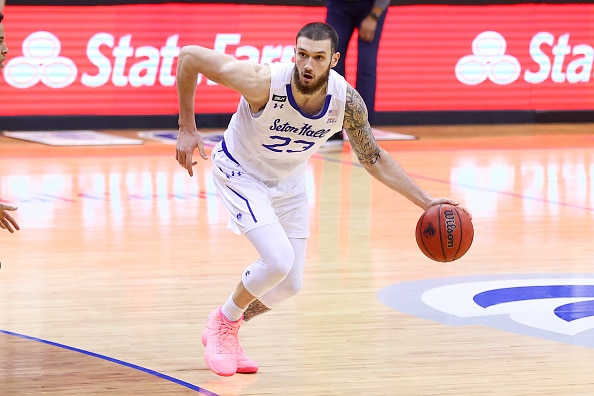 On January 6th, the John R. Wooden Award Midseason Top 25 Watch List was presented. On this list were 25 of what the committee believes are the best players in the country this year. While many of the selections need no debate, there were a few players that definitely surprised some people and even more that were thought to be on the list but didn’t crack it. Here are the biggest surprises and snubs from the list.

*Keep in mind, a player doesn’t have to be on the current Wooden Award list to win the award at the end of the season.

Garrison Brooks has actually taken a step back this season, going from averaging 16.8 PPG and 8.5 RPG last season to just 10.7 PPG and 7.9 RPG this season. He would get a pass if he was the best player on a team that was top 10 in the country, but UNC isn’t even a top 25 team and are only 3-2 in conference play. He may pick it up and show that he deserves to be on the list, but at the moment, his individual and team performance doesn’t equate to a spot on this prestigious list.

Fulkerson is a great player on a top ten team, but his stats aren’t Top 25 in the country good. He’s only averaging 11.6 PPG and 6.2 RPG and in their two biggest games this season, he didn’t stand out at all. It seems like he only made the list because he plays for such a good team and they needed to pick one player to represent that Tennessee team, yet they left out Kansas, Texas, and Houston players who have the same situation.

Scottie Barnes is going to be an incredible player in the NBA and a lottery pick for sure, but he isn’t one of the top 25 players in the country. His stats are very average, with 11.1 PPG, 3.8 RPG, and 4.1 APG, and like UNC, they aren’t even a top 25 team. It feels like they want to hit a certain number of freshmen to put on the Wooden Award list, and Scottie Barnes was their pick to fill that 4th spot.

When Myles Powell left, people weren’t sure who would step up and replace him. Mamukelashvili has done just that, averaging 18.1 PPG and 6.9 RPG, and has helped his team jump out to a 6-2 conference record. Their 9-5 record may have hindered his chance to make the list, but with those numbers, it is inexcusable to leave him off the list.

If any freshman deserves to be on this list besides Cade Cunningham and Jalen Suggs, it’s Hunter Dickinson. To be the best player on an 11-0 team in the best conference in college basketball as a freshman would typically warrant player of the year talks, yet he doesn’t even find himself on the top 25 list. Dickinson is averaging 17.5 PPG, 7.9 RPG, and shooting a ridiculous 70.9% from the field. As mentioned, Michigan is one of the last undefeated teams in the country and play in a conference that could potentially have 11 teams make the tournament, making him arguably the biggest snub from the Wooden Award list.

Since the Pac 12 has struggled in recent years, the players haven’t received a lot of credit for their performances. This year, only two players made it from the Pac 12 but da Silva should have been the third. Oscar da Silva is averaging just under 20 points per game while shooting 62.8 from the field and averaging 7.4 rebounds per game as well. He’s been huge for the Cardinal and is a big reason why Stanford is a legit contender for the Pac 12 title this season.