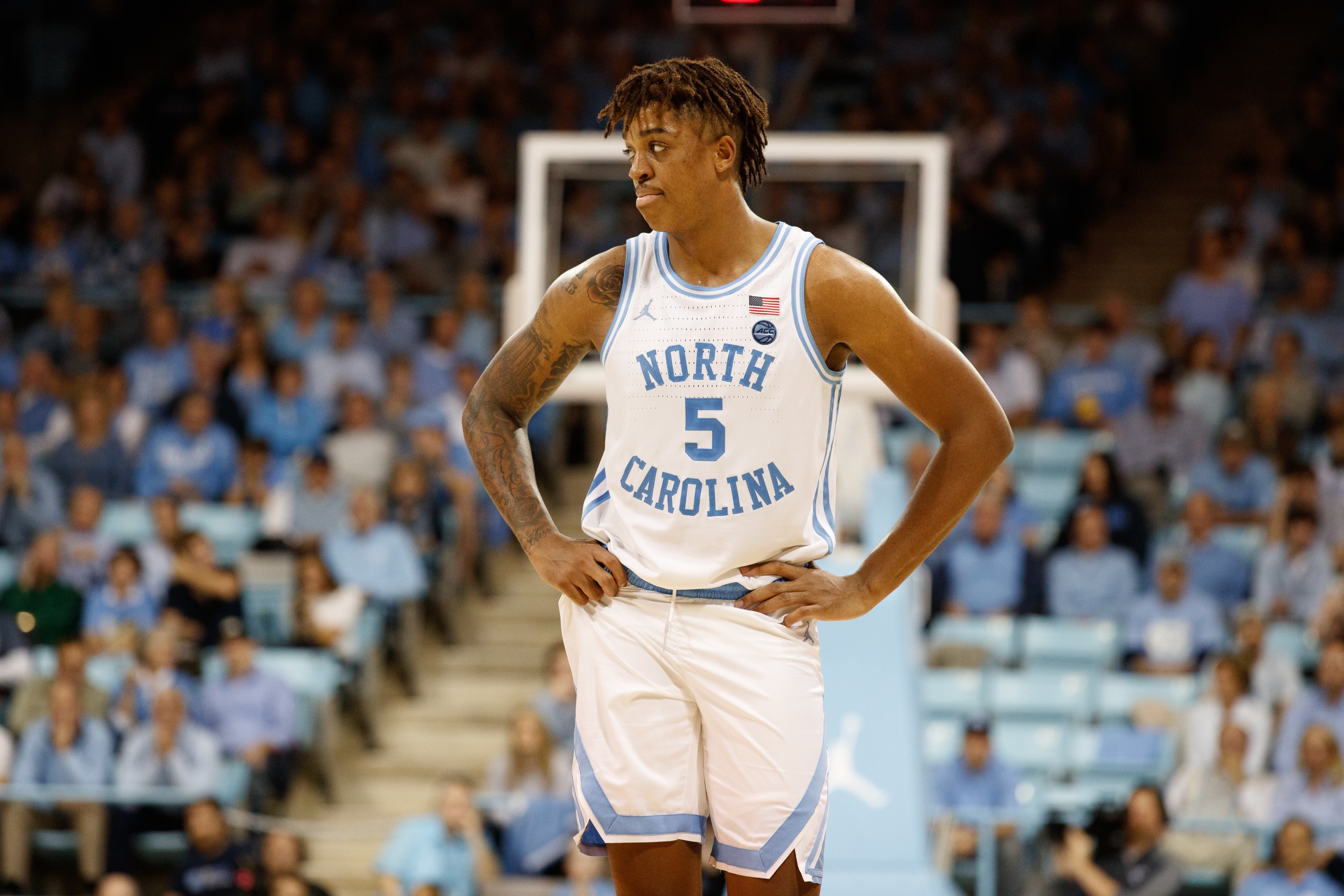 North Carolina basketball used inside play and a late run to earn a big victory over the Orange.

North Carolina basketball followed a recent trend against Syracuse and once again dominated the Orange in the rebounding margin, en route to an 81 to 75 victory. Garrison Brooks and Armando Bacot combined for 31 points, and the Tar Heels got a nice lift off the bench from R.J. Davis, who had 12 points.

For Syracuse, it was Buddy Boeheim who had 18 points, but all came in the first half. Quincy Guerrier played the most complete game with 23 points and 11 rebounds but fouled out before the end of the game.

1) If North Carolina basketball can make jumpers, they are tough to defend

Against Syracuse, it was clear to see what North Carolina’s strength is. The Tar Heels outrebounded the Orange 48 to 31, outmuscling them all over the glass.

But it was when UNC was hitting jumpers was when the ‘Cuse found itself in trouble. North Carolina hit just five threes and a few more mid-range shots from Kerwin Walton, but that was all it needed to add a second scoring option to its down-low game.

Roy Williams’ squad isn’t a very quality jump-shooting team, but when it can make just enough to keep defenders guessing, it makes the low post offense that much easier for a team that already dominates under the basket.

Buddy Boeheim scored 18 points in the first half, with eight of them coming in the final four minutes. Boeheim didn’t score once in the final 20 minutes, and only took a handful of field goals.

It was clear that UNC game planed to Boeheim in the second half, but it was the Orange’s inability to get open shots for him that stood out. Syracuse relied on Quincy Guerrier – which wasn’t bad – but shied away from Boeheim a bit too much, taking him out of rhythm and making it easier for Carolina to defend them.

Until Syracuse gets Bourama Sidibe back from injury – and even after that – they are going to need to force-feed shooters the ball. This team can put the ball in the basket, but defense is a problem, so they can’t afford to go many trips down the floor without at least a quality look.

3) Don’t sleep on North Carolina from here on out

At 8-4 (3-2 in the ACC), the Tar Heels still aren’t drawing much attention nationally. But that just shouldn’t be the case. While it isn’t Roy Williams’ most talented squad, few teams can bang down low like Carolina.

It’s also a North Carolina team who lost by a combined 15 points to two Final Four contenders in Iowa and Texas. The Longhorns loss came on a buzzer-beater by Matt Coleman.

The Tar Heels did lose two iffy games to North Carolina State and Georgia Tech. But those were two away games and in a few weeks might just be viewed as a slight bump in the road.

Upcoming games against Florida State, Wake Forest, and a rematch with NC State should tell us what the Tar Heels are really made of.

Featured image from Keeping it Heel