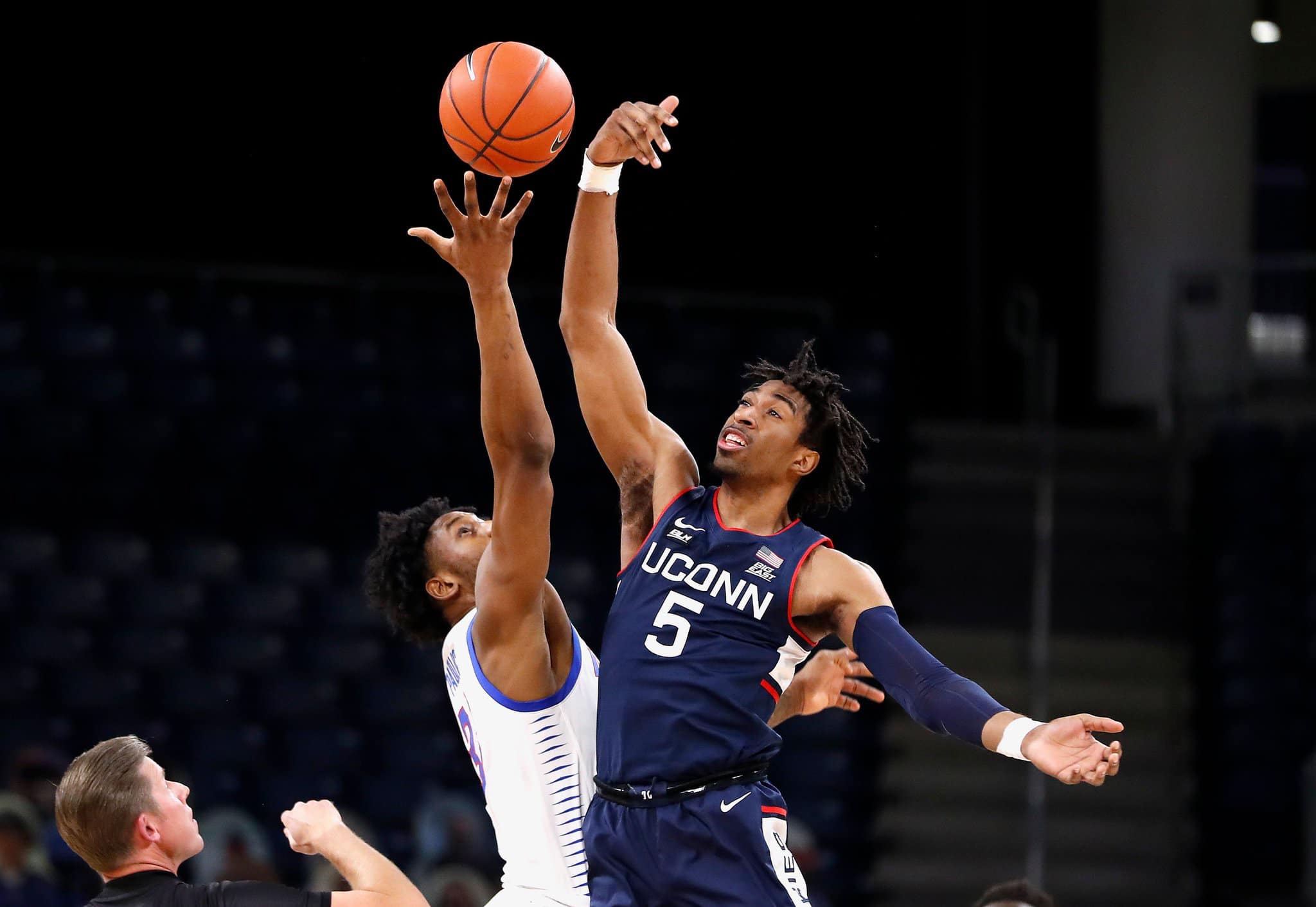 UConn basketball is ranked for the first time since 2016, and the Huskies have certainly improved under Danny Hurley.

The last time these two teams played was December of 2020 and UConn basketball won 82-61. The same outcome happened on Monday night when UConn won in a nail biter, 60-53.

Throughout the game, the Huskies have been all over the place defensively. They had 16 steals throughout the game versus DePaul’s 3. At halftime, they had a margin of 6 steals to DePaul’s 1 steal at the half. The leading stealer, Tyrese Martin had 5 steals and he has stepped up in the absence of James Bouknight who would typically be the leading man with steals on the team. Hurley has been really pushing for the boys to be physical on the defensive end. Adama Sanogo had 2 blocks throughout the game providing great transition defense at times.

DePaul Demons started the second half on an 8-0 in under 2 minutes to force Hurley to call a timeout. DePaul kept this game very close in the second half, but within the final two minutes of the game, UConn basketball picked up their intensity and started playing a lot better. The three-point shot was not working for them only shooting 27% from beyond the arc, so UConn decided to drive to the basket and take advantage of their success inside the paint. The Huskies finished the game shooting 40%. Their slow start ended up being a strong finish in the end.

DePaul basketball came into this game with their backs against the wall, but a key to them putting up a fight against UConn was their ability to grab rebounds. On both ends of the floor, DePaul dominated the glass, putting up 39 rebounds in the game; 12 on the offensive end and 27 on the defensive end. The big reason why this game was close in the end was because of DePaul’s ability to get second-chance points in the paint; whether that came from an easy layup or a foul.