The Battle of New Jersey Basketball 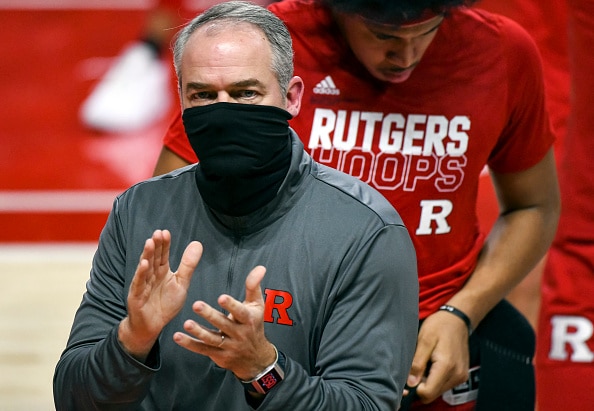 This is one of the best years New Jersey basketball has had in a long time, is something that could be said without any backlash before this week. In fact, this week was a low point for both high major programs in New Jersey, with Rutgers getting crushed by Michigan State on Tuesday and Seton Hall getting beat even worse the next day by Creighton.

Nevertheless, New Jersey basketball is still on the rise, as both Rutgers and Seton Hall seem to be finding their own identities and cultures.

Seton Hall has been good for a few years now, making the tournament for four years before being shut down in the 2020 season, which happened to be Myles Powell’s senior season. The Pirates started off the 2020-21 campaign slowly, going 1-3, but have stepped it up and now sit at 8-5 with a 5-2 Big East record.

Unfortunately, unless the stars align and the two can play during the conference season, we will not see a Garden State Classic game this year, which raises the question: Who is the best team in New Jersey?

The obvious answer is Rutgers. The Scarlet Knights play in a better conference, have a better record, and are ranked higher. They have better wins and a better roster.

However, on the analytics side of the spectrum, it is much closer than one may think. Seton Hall currently has the 25th most efficient offense according to KenPom, while Rutgers sits at 47th. On the other side of the ball, Rutgers is 30th in defensive efficiency, while Seton Hall is 70th. KenPom predicts Rutgers to win by a slim margin of less than three points.

NCAA Game Sim predicts a Rutgers win by four points, with a high percentage of the simulations being within five points or less.

Seton Hall has ruled this discussion for years, but it seems like 2021 is Rutgers year to run the table in the Garden State. Ron Harper Jr. is an all-american type player, and when healthy, the front court of Cliff Omoruyi and Myles Johnson is lethal. In addition, a healthy Geo Baker adds another element to the attack, and Jacob Young has stepped up big time for the Scarlet Knights.

Seton Hall is good, but they clearly miss Myles Powell. Although Sandro Mamukelashvili has been great this season, and Myles Cale and Jared Rhoden have been reliable, they do not have the stud to bail them out on a bad possession with an incredible shot or play. As a result, late in the shot clock, the Pirates get ugly, and often waste possessions.

This is a prime era for NJ Hoops. Both power teams are playing great basketball, and will ultimately be tournament teams. In addition, FDU, Monmouth, and NJIT will all make pushes at their conferences to try to gain an automatic bid. If you are a basketball fan in New Jersey, enjoy this time, it is a great period of time for basketball in the state.