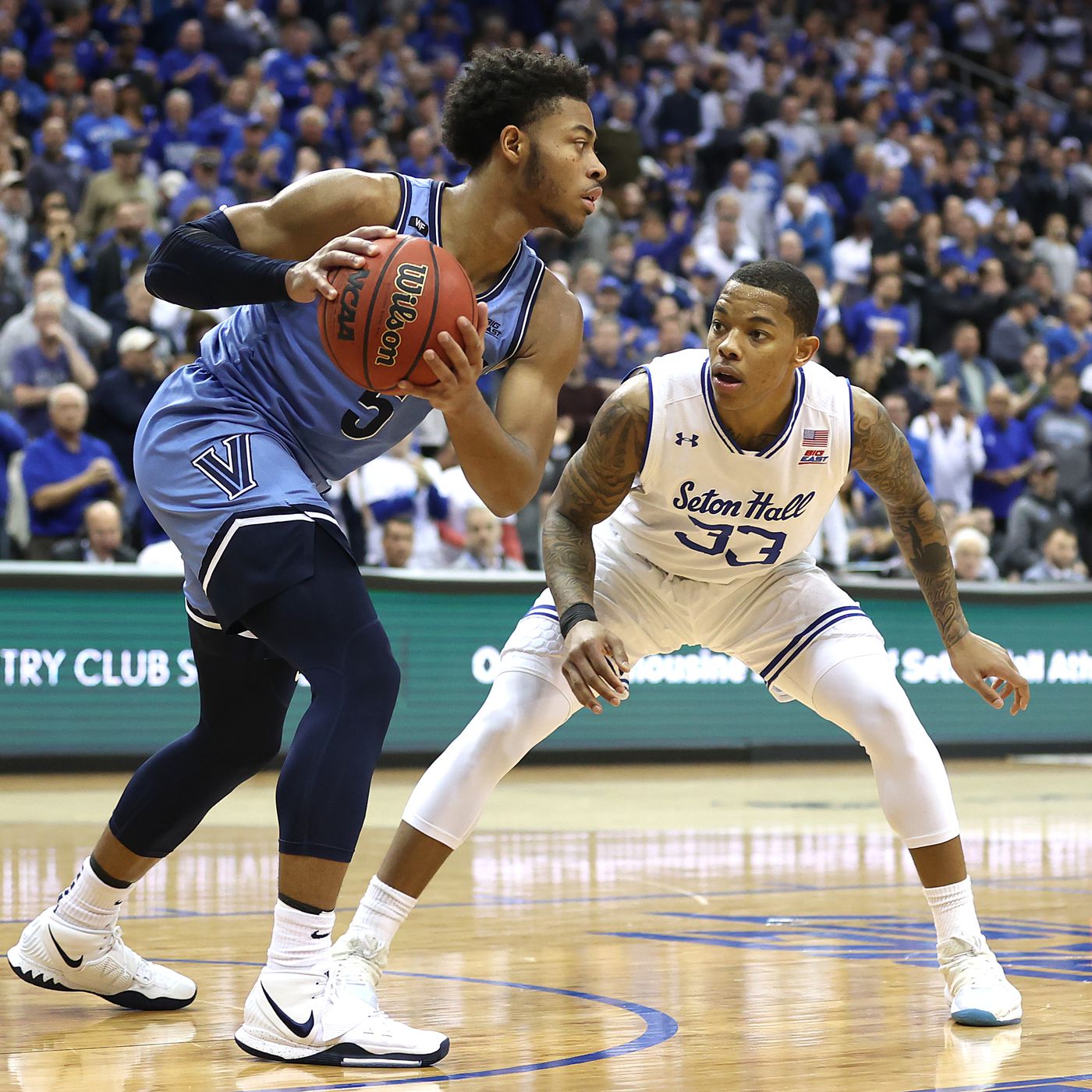 Villanova basketball played its first game in weeks after a COVID-19 related pause, edging out a tough win over Seton Hall.

It was another classic game between Villanova and Seton Hall, the fifth of the last nine matches between the two Big East rivals that was decided by less than two points. This time it was Villanova basketball, which finished the game out with two free throws in the final two seconds to improve to 9-1 on the season.

The Pirates fall to 9-6 (6-3 in the Big East) after the loss, but that won’t dash their NCAA Tournament hopes one bit. Rather, Seton Hall will have to fight back for a win against Butler, who they play next on Friday, January 22.

There were some concerns going into the game on if the Wildcats would be ready for a game against a tough Seton Hall team after a long break between games due to COVID-19.

All of those myths were busted.

Villanova came out shooting hot and really never looked down for more than a few stretches in the game. The Cats shot 47% from the field and 41% from three while making 15-of-20 shots from the free-throw line. Collin Gillespie was near perfect, going 6-of-10 from the floor and making all eight of his free-throw attempts for 22 points. He committed just two turnovers, barely leaving the game.

Jeremiah Robinson-Earl was a bit rusty, going just 3-of-12, but Jermaine Samuels made up for it off the bench with 20 points, showing how many pieces head coach Jay Wright has and just what they can do.

The Pirates had won three straight before Creighton basketball absolutely torched them, 89 to 53. The following game, Seton Hall still looked rusty, only beating DePaul by eight. But after a nine-day layoff, it seemed as if the Pirates were back on track, going back and forth with the number three team in the nation.

Sandro Mamukelashvili played one of his best and most efficient games of the season, finishing with 23 points, 9 rebounds, and 5 assists. Seven turnovers may have cost his team a bit, but whatever it did was made up for from his teammates. Jared Rhoden had 17 of his 19 points in the first half and Shavar Reynolds went on a tear late in the second half, accounting for seven straight points for the Pirates.

While Seton Hall couldn’t edge out a win – and they had multiple decent chances at the end which were both fumbled by Mamukelashivili – they did prove that they can hang with the big boys. The Creighton loss made the Pirates’ height look iffy, but hanging in there with Villanova basketball and delivering quite the scare should certainly open some eyes around the Big East about Seton Hall.

After not playing for a few weeks, the question started to loom on whether or not Villanova was still deserving of a one-seed. Sure, there’s still over a month of college basketball to be played, but the Wildcats hadn’t looked as convincing as some other teams seeded around them, and had been off for quite some time.

But after this win against Seton Hall, all of that can be thrown out the window. Villanova is still a one-seed, still the Big East favorite, and still a legit contender to win a National Championship. They have the pedigree of a team that can get it done in March against anyone, with the ability to go small or big and not lose a step.

The one thing slowing down Villanova may be COVID pauses, but even then, the way they bounced back from it was phenomenal.