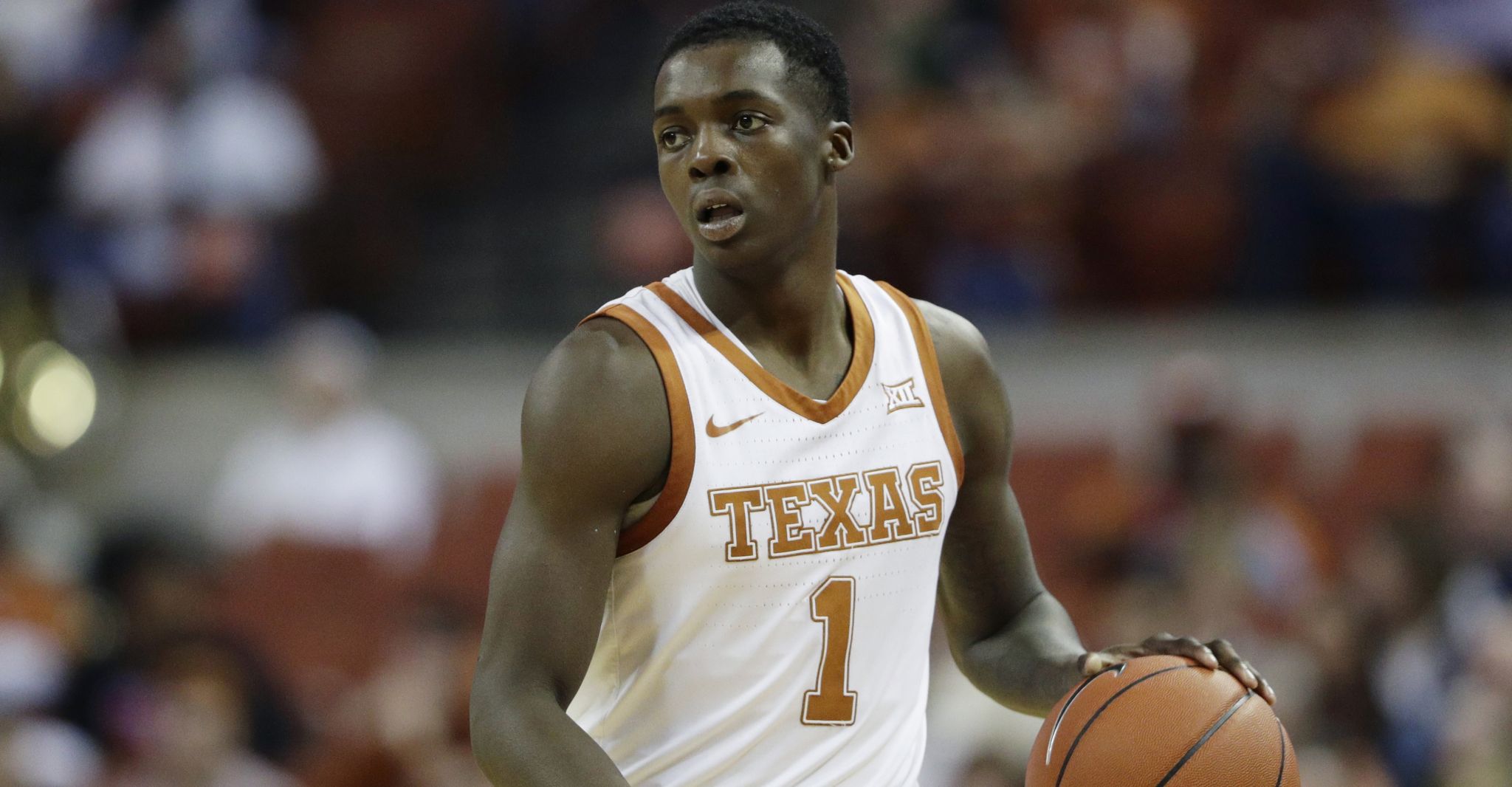 Texas basketball guard Andrew Jones defied the odds by beating leukemia. Then, he made history against West Virginia.

Texas basketball guard Andrew Jones started his fight with leukemia three years ago. Since then, he has been defying the odds through his fight with cancer and his unbelievable skills on the court. Most recently, it was the game-winning three-pointer to give the Texas Longhorns a win over West Virginia, 72 to 70.

Jones also scored his 1000th career point during the game, making it extra special. He finished with 16 points, 3 rebounds, and made 4 threes.

Jones shortly tweeted “All glory to god for even allowing me to be here and play the game that I love. Thank you to my teammates and all my supporters. Let’s keep it going,” after celebrating his team’s win. The team and staff were overwhelmed with emotions after Saturday’s game as they flooded him with joy and praise.

All glory to god for even allowing me to be here and play the game that I love. Thank you too my teammates and all my supporters 🤘🏾. Let’s keep it going

Jones was diagnosed with leukemia in January 2018, marking Saturday’s game the three year anniversary of Texas coach, Shaka Smart, informing the team of Jone’s leukemia diagnosis. He had a tough year in 2018 while starting chemotherapy in August, returning for two games at the beginning of the 2018-19 season, and shortly having to begin another round of treatment.

Saturday’s game was perhaps the icing on the cake after Jones had to miss 25 games during the first round of chemotherapy, and another 35 missed games during 2018-2019 while receiving treatment.

Smart mentioned Jones’ inspiring drive to beat cancer and return to doing what he does best, being on the court. Following the team’s win, Smart said, “I don’t think anyone’s surprised he made that shot.”

Jones returned to the Longhorns last season in November, while scoring 20 points against Northern Colorado and leading the team to a 19-12 record with a third-place Big 12 finish. Jones averaged 13.1 points, 2.6 assists, and 4.6 rebounds last season.

Jones had repeatedly told the team that he was going to come back and play one day and the team stated that they were going to be happy just to see him healthy again. He defied the odds by coming back to play, playing a successful season thus far, and scoring the winning shot for the team.

Jones stated that he used his leukemia as his motivation and that it is one of the main reasons he wants to play the game. He has showcased his devotion to God throughout social media and mentioned, “Without God, and without me being able to fight through that, I wouldn’t be here where I am today.”

Texas basketball is tied for first place in the Big 12 standings with No. 2 Baylor.