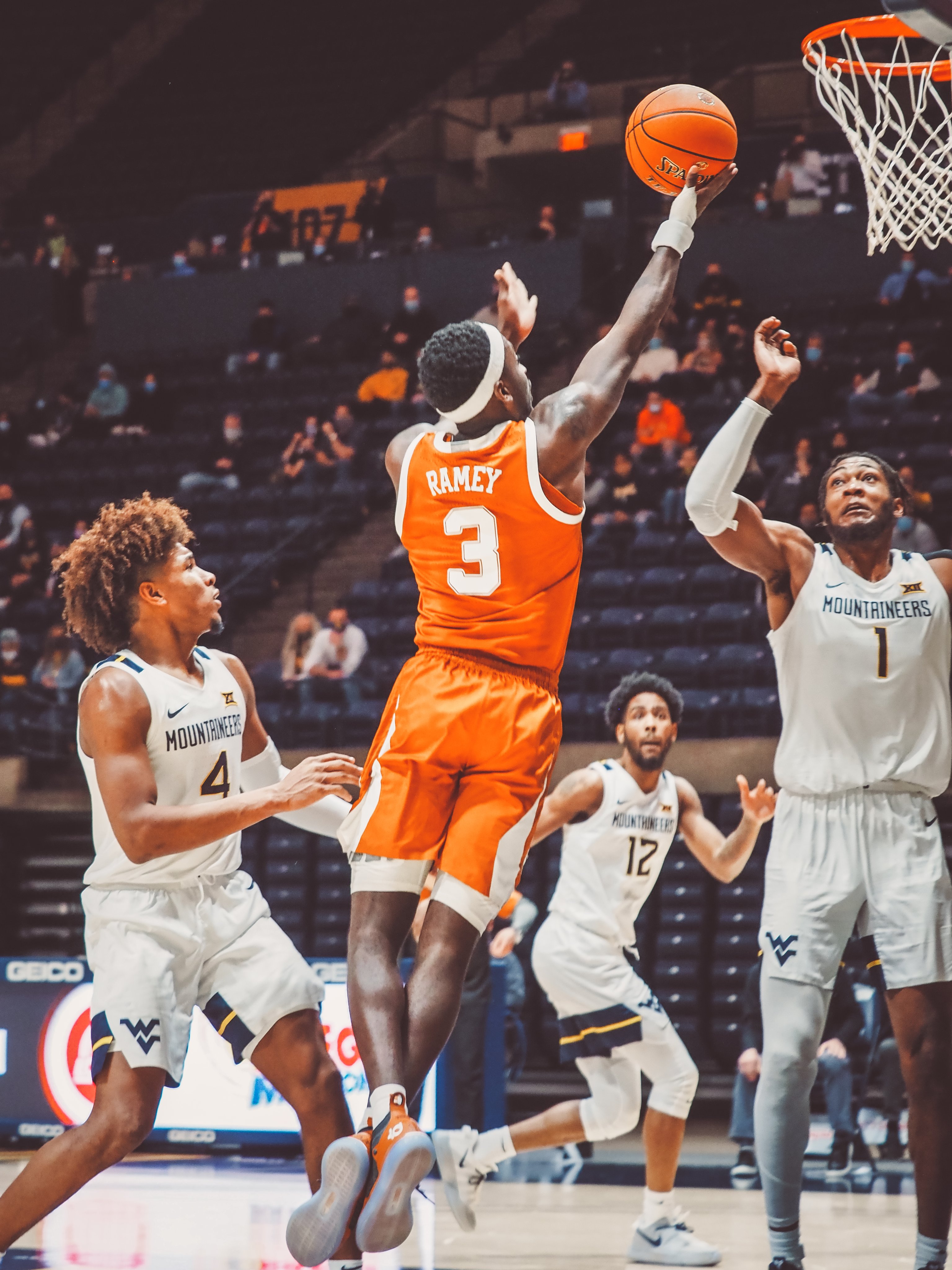 A last second three pointer made by Andrew Jones gave Texas their first lead since 11:54 in the first half and ultimately the win in this game. Both teams battled to the finish, and here are the three takeaways from this game.

1) Texas belongs on the same tier as Baylor and Gonzaga

This whole season, the narrative has been that Gonzaga and Baylor are on a tier of their own and the rest of college basketball is catching up to them. Now, after road wins against two top 15 teams in Kansas and West Virginia, quality wins against Indiana and North Carolina, and a narrow loss against now #3 Villanova, Texas deserves to be in the same conversation as those two. They have shown that they can beat any team on any night and they have the depth to carry the load if one of their main guys is struggling. Texas is one of the most dangerous teams in college basketball and even if you want to argue they didn’t deserve to win this game, they still pulled it out.

Since Oscar Tshiebwe announced he was leaving the program, Taz Sherman has really stepped up for the Mountaineers. In those three games, Sherman has averaged 18.7 PPG and has knocked down 10 threes in that span. He is going to continue to play at this level if West Virginia wants to continue their contention in the Big 12, which may be difficult after falling to 2-3 in conference play, but Sherman has the ability to do so.

3) Andrew Jones has a memorable day

Andrew Jones was the story of the day for the Longhorns. He first started by scoring his 1,000 career point at Texas, a huge milestone for any player, and especially Jones. Then, down one with ten seconds left, he received a perfect pass and knocked down a wide open three to put Texas up two in what would eventually be the winning basket. Jones, as many know was diagnosed with Leukemia in 2018, and had to miss a long period of time as he was fighting the illness. He thankfully managed to overcome it and to do what he did today is inspiring for people all over and a feel good story from an amazing player.

Texas basketball gets another Top 25 opponent in their next game when they go home on Wednesday to face Texas Tech. West Virginia will face Baylor on the road in a must-win game on Tuesday.