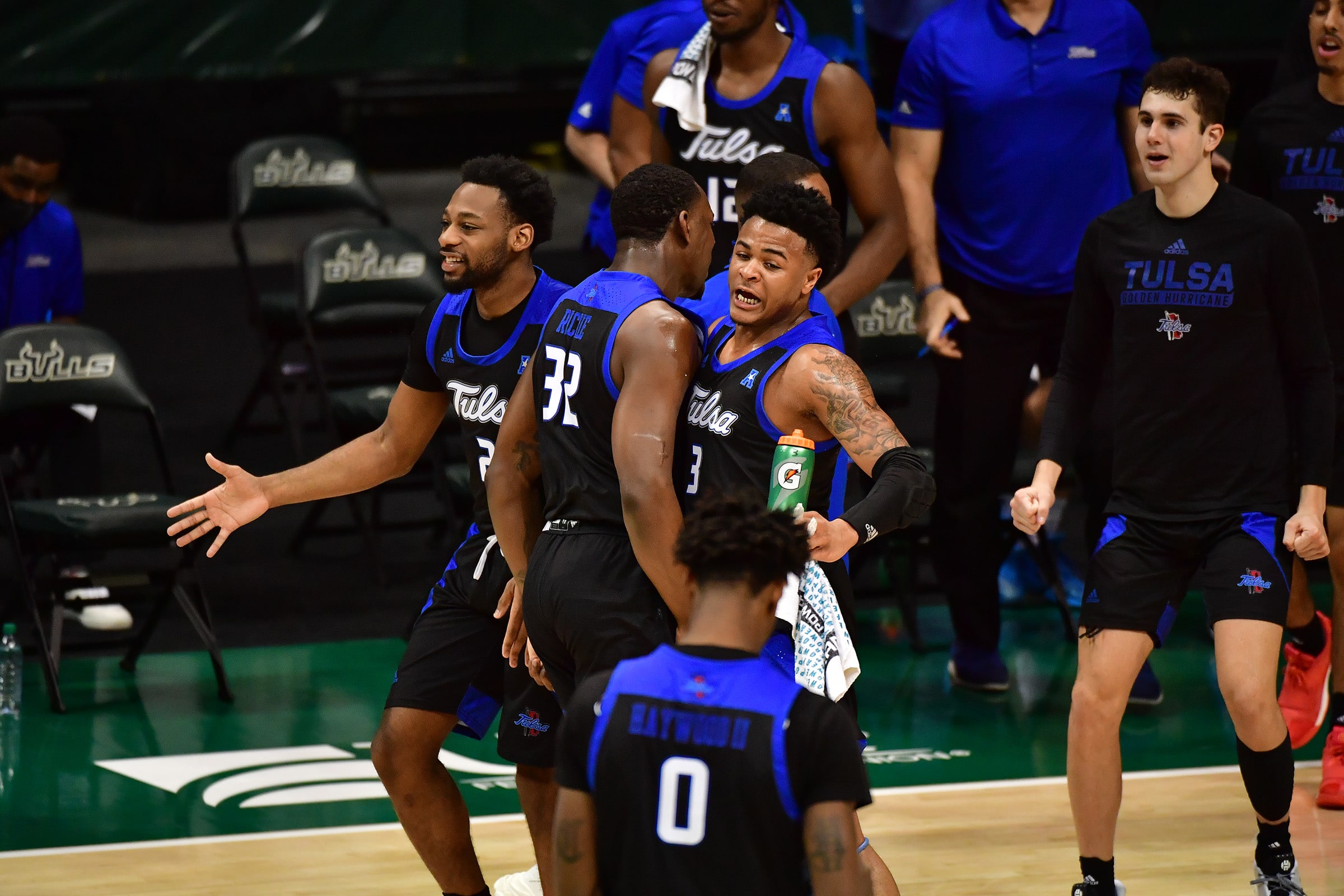 In a very defensive focused game, Tulsa basketball defeated the USF Bulls 61-51. At the half, the score was 26-24. Tulsa led by only 2. The slow pace is the real story as to why this game remained so close throughout the game. These two teams focus very highly on their defenses, and so while the game was very ugly scoring-wise, one which will be a takeaway. There were a few things that I liked and things that each team needs to focus on.

1) Take Care of the Basketball

For both teams, the 15 turnovers for the Bulls and 14 turnovers for the Hurricanes isn’t horrible but is too high. Ideally, these teams need to be around 10. Tulsa basketball was saved because the hurricanes stole the ball 10 times while USF only had six steals. Both teams were too lazy with the ball at times, and Tulsa was extremely lucky to have the ball game under control for the entirety of the game. USF never had the lead, but the tough defense and slow pace of play allowed the Bulls to stay in the game.

USF really struggled in this game in any shooting. The USF Bulls had some real issues finding shots, creating shots, and knocking down shots. The fact that the team shot a meager 13.6% 3-point percentage is unique. Luckily, Coach Brian Gregory saw this and asked for his team to drive the ball. This area kept the game kind of close as the team could get to the free-throw line 16 times. With the struggling shot, the team needed to drive more and have a higher assist, as the drive would drive people to kick it to someone close for the better shot. The 10 assists is another issue that faced the USF Bulls men’s basketball team. Unfortunately, the ball was not falling for the Bulls, but this team needs to find other ways to win. Shooting 32.6% from the field is not a way to win games.

3) Big Men need to assert themselves

Tulsa basketball was very balanced, but Emmanuel Ugboh still hasn’t asserted himself. The addition of Rey Idowu was a huge help for Tulsa. He was the big man that really added to the Hurricane offense. As for the USF Bulls, they were not as lucky. Michael Durr and Alexis Yetna added 4 points apiece. My biggest surprise is the lack of use of Russel Tchewa. He is the dominant transfer for USF and is the third big off the bench. Durr gets the start and remains in a majority of the game. Tchewa needs to be getting more time, ideally, with Durr in the game. Having these two guys could really cause some issues down low and really assist both offensive and defensive boards.