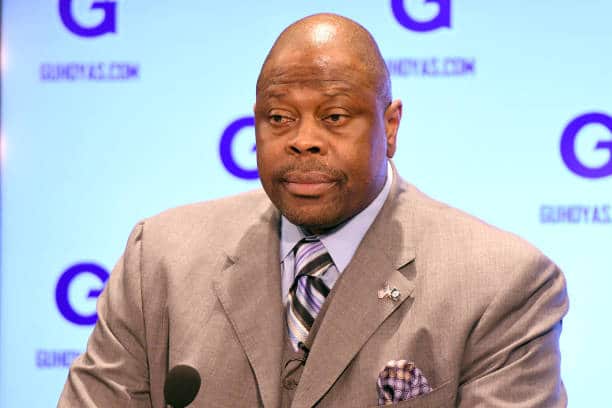 When you are brought with a New Year and are struggling, you might as well want to take full-fledged advantage of that. These five teams are going to be excited to have a fresh new slate in the conference play of the season.

#1: Kentucky: Oh man, what can you really say about John Calipari’s team. They have been ABYSMAL. It’s honestly extremely hard to fathom that their record currently stands at 1-6, with their one win coming against Morehead State. They are currently on a six-game losing streak.

What needs to change in order for them to be successful? First, they such an immense amount of talent, but often with young teams, it takes time to gel. Coach Calipari needs to take more leadership in the program, and get his troops in order, freshman to senior.

Secondly, Olivier Sarr needs to step up his game. He has missed two buzzer-beaters against Louisville and Notre Dame. He is only averaging 9.1 points per game, he’s got to show his leadership.

Third, ball-movement. It’s so often seen that a freshman is going to want an iso but that’s not how going to be prone for success. Get all five players on the court involved, get movement. Obviously, Kentucky is going to bounce back, but the question is when and who effective is it going to be?

The Kentucky men’s basketball team really has a 1-6 record 🤭 pic.twitter.com/eJOZZ5ytsK

#2: Washington: Washington has also looked very ugly and bad this year. They currently sit at a 1-6 record. They hold losses against UC Riverside, Montana, Utah, among others. They aren’t supposed to be anything, special but Coach Hopkins will be on the hot seat if they keep playing like this.

Keys to success? Get 7-foot-4 Riley Sorn involved! When you are gifted with someone that tall, there is no reason why he shouldn’t be in the lineup more often. He showed spurts of promise against Montana, but Washington needs to develop him more. Their patent zone defense isn’t working like it used to. It’s been somewhat effective this year, but they need to draw up something different or three-point shooters are going to keep on having field days.

The season isn’t gone yet by any means for Washington, but we will see if they can get more W’s in the win column.

#3: Virginia: Yes, Virginia is currently sitting at a 4-2 record, with losses from San Francisco, and of course Gonzaga. They haven’t looked awful by any means at all, but there do need to be some changes. Sam Hauser needs to take more control of this team. The transfer from Marquette has been averaging 12.8 points per game, which is solid, but for what fans were expecting, he needs to step it up more.

Also, their three high-level freshmen need to be a stronger role for their rotation. Jabari Abdur-Rahim, Reece Beekman, and Carson McCorkle were all three-stars and above. However, none of them are currently averaging more than five points per game. In order for Virginia to be one of the more balanced college basketball teams, these three guys need to look for more playing time, while being productive.

#4: Cincinnati: The Bearcats have already been plagued with a hard schedule, but only ended with two out of seven wins. Not special. They have wins against Lipscomb and Furman which are actually solid, but then five losses against teams that they could have beat. Their defense hasn’t been special but any means at all, resulting in five losses.

Also, Michigan transfer David DeJulius needs to more productive from the field. He is only shooting 38.7% from the field, and 17.9% from three-point land. Not good at all. If the Bearcats in Cincinnati want to make amends for their struggling first-half, they need to clean their program up.

#5: Georgetown: Don’t get me wrong at all, Georgetown’s program is looking extremely bright. As they just landed five-star Aminu Mohammed over Georgia. It was a late surge by Pat Ewing and the staff to outlast Tom Crean and Georgia. They also have a couple of other studs in the class of ’21 as well.

But focusing on this year, it hasn’t been great so far. They are 3-5 when it has been hard to score points. They are super young and have transfers but they need to become more in sync over the course of the year. Additionally, they need to cut back on the turnovers. They haven’t been clean with the ball at all, which makes sense, but they need to clean that up.