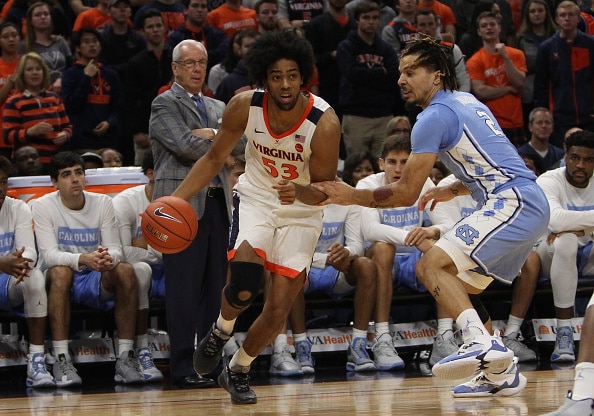 When wagering on college basketball, the unthinkable can become a reality on any given night. Here are some of the best and worst beats I was apart of in 2020:

Although last year’s version of San Diego State was a juggernaut, their stock in the betting market was always a tad overpriced. In the first meeting between SDSU and UNLV in 2020, the Rebels were unable to blemish the Aztec’s perfect record, but thanks to a last-second meaningless three-pointer, UNLV +7 backers rejoiced as the final score ended 71-67.

The ‘terps stormed back from a double-digit second-half deficit to break the hearts of the Gophers. Trailing by four with less than twenty seconds to go, Maryland got an offensive rebound putback dunk by Jalen Smith. The Gophers would then miss the front end of a one and one, and Darryl Morsell called game.

In a back and forth affair, Tar Heel guard Christian Keeling was fouled shooting a three, down by two points with 10 seconds left. Keeling made all his free throws, giving the ‘Heels a one-point lead. There was too much time on the clock though, as Tomas Woldetensae’s last-second corner three-ball was the dagger.

The Mustangs ended the first half on a 21-7 run that gave them a 37-24 halftime lead. SMU would later increase their lead to as many as 24 points, leading the Shockers 50-26 with under 15 minutes left. SMU’s matchup zone defense allowed the Shockers to get back in the game. Wichita State proceeded to go on a 17-0 run themselves to cut the Mustang lead to 50-43 with under nine minutes. Wichita State hit nine second-half threes to stun the Mustangs, leaving Moody Coliseum with a 66-62 win.