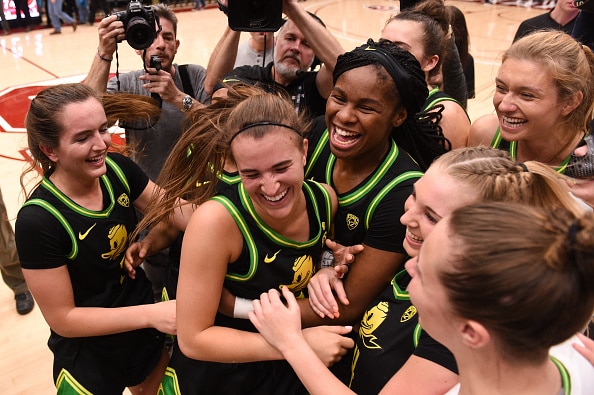 College Basketball has had its ups and downs in 2020, but the best moments will always outshine the hardships. Here are college basketball’s 10 greatest moments of 2020.

San Diego State was college basketball’s last remaining undefeated team sitting at 26-0. The Aztecs had won 13 straight home games and had beaten UNLV five straight times. UNLV led by as many as 14 points before San Diego State stormed back trimming the lead to one, but the defect was too much as the #4 Aztecs fell at home. On the same day #1 Baylor lost to #3 Kansas and #2 Gonzaga fell to #23 BYU.

There is always an active streak in college basketball for just about everything. Butler held the longest active streak in college basketball having not lost a non-conference home game since they lost to Louisville in 2011 as a member of the Horizon League. Southern Illinois came into legendary Hinkle Fieldhouse and took control of the game from the start, holding on late to end Butler’s streak.

Bob Knight was fired in 2000 and the Indiana program has never reached the height that it once held in college basketball. Knight had plenty of chances to return to Indiana but his grudge got the better of him. It seemed as if Knight would never return, but in February a teary eyed Knight stepped foot in Assembly Hall to a roaring standing ovation.

5. Thomas “Snacks” Lee is named SWAC Player of the Week

Everyone loves a great story and there are always plenty in college basketball. Jackson States team manager Thomas Lee, Snacks, was given the opportunity to suit up and enter a game against Arkansas Pine-Bluff. Snacks made the most of his chance draining a deep 3-point basket and going viral. Snacks was named the SWAC Player of the Week and even won an EPSY for the “Can’t-Stop-Watching Moment”.

College basketball always has it’s blue bloods and in the women’s game, that has been UConn. UConn over their time has set record after record and was one win away from tying a previous stretch by UConn. UConn had won 98 straight home games and had not lost at home since March of 2013. That all came to an end when the defending champions Baylor Bears came to town. It was the second consecutive year that the Bears a UConn streak, when last season, Baylor’s win ended UConn’s 126 game regular-season win streak. Baylor won in Storrs, 74-58.

Pat Summit is a legend in all of college basketball and can arguably be one of the reasons the women’s game has grown in popularity. Tara VanDerveer is a name that can be listed with Summit for the years to come. VanDerveer entered the season with 1,094 total career wins and after tying Pat Summit with a win against California, VanDerveer surpassed Summit with her 1,099th win against Pacific.

Josh Speidel was an outstanding basketball player in Indiana becoming Columbus North High School’s leading scorer and rebounder in school history. Speidel was committed to play for Vermont as a Senior in high school before his life changed forever. Speidel was in a car crash in 2015 which ultimately ended his playing career. His senior year at Vermont was Speidel’s chance. Starting the game for the Catamounts, Speidel scored a layup before exiting the game. Ending his collegiate career.

College basketball was extremely happy when Sabrina Ionescu decided to return to Oregon for her Senior year. Ionescu achieved something in college basketball that I may never again get to witness in my lifetime. After eclipsing the 2,000 point mark in 2019, Ionescu followed that by reaching 1,000 assists in February of 2020. Ten days later Ionescu reached 1,000 rebounds become the first and only player in NCAA history to reach 2,000 points, 1,000 rebounds, and 1,000 assists.