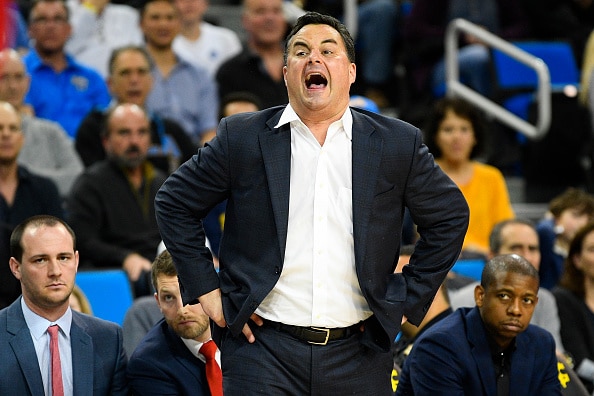 Arizona basketball decided Tuesday that it would impose a postseason ban for the 2020-21 season. Here’s what that means for the Wildcats.

The Arizona basketball program announced a self-imposed postseason ban for the 2020-2021 season. This decision has been anticipated for many months, as the University of Arizona tries to reduce their future punishment for the involvement in the notorious NCAA corruption scandal. The Wildcats are the second school to announce a self-imposed postseason ban for men’s basketball (Auburn University was the first) for this season.

The program has been under the national spotlight since 2017 when it was first connected to an FBI investigation regarding numerous universities paying NCAA athletes to play for their school. Former Arizona basketball assistant Emmanuel “Book” Richardson pled guilty to his involvement, while the University received nine NCAA rule violations including the university being charged with lack of institutional control and failure to monitor, along with head coach Sean Miller being charged with lack of head coach control.

What does mean for Arizona basketball moving forward?

The hope from Wildcat nation is that this self-imposed ban will help reduce the future punishment given by the NCAA. This summer, the NCAA handed the Oklahoma State Cowboys three years of probation and banned them from competing in postseason tournaments this season. Arizona basketball is trying to get ahead of the future postseason ban via a self-imposed ban for this season.

Unfortunately, the University of Arizona’s involvement in this scandal is significant and self-imposed sanctions could have little to no effect on the punishments yet to come.

The Wildcats are currently 7-1 and were on pace to make the NCAA tournament as an at-large bid if there hadn’t been a self-imposed ban. Fortunately for Arizona, they have a young talented roster that will come back strong next year and due to the NCAA granting an extra year of eligibility for winter sports athletes, they can bring back seniors Terrell Brown and Ira Lee. If they opt to return, Wildcats will have the experience to help them to compete for a Pac-12 championship next year and make a deep run in the NCAA Tournament.

What does this mean for Sean Miller?

Coach Miller gave a very short statement regarding the self-imposed ban, “I understand and fully support the University’s decision to self-impose a one-year postseason ban on our Men’s Basketball program, our team will remain united and aggressively compete to win a PAC-12 championship.” The college basketball world will continue to speculate how much Sean Miller was involved with paying athletes to play and if his job is safe with Arizona. For now, he will continue to coach his young roster and allow them to gain experience for a potential run next season.

What does this mean for programs related to the NCAA corruption scandal?

We are likely to see other programs with involvement in the corruption scandal announce self-imposed bans for this postseason. With the unknown status of the NCAA Tournament and if the season will be completed, universities are more likely to accept a postseason ban this year as opposed to the future. We will have to wait and see how many universities will follow Arizona and Auburn will self-imposed postseason bans. This situation is very messy and the NCAA has their hands full on how to figure out the proper way to handle this scandal.