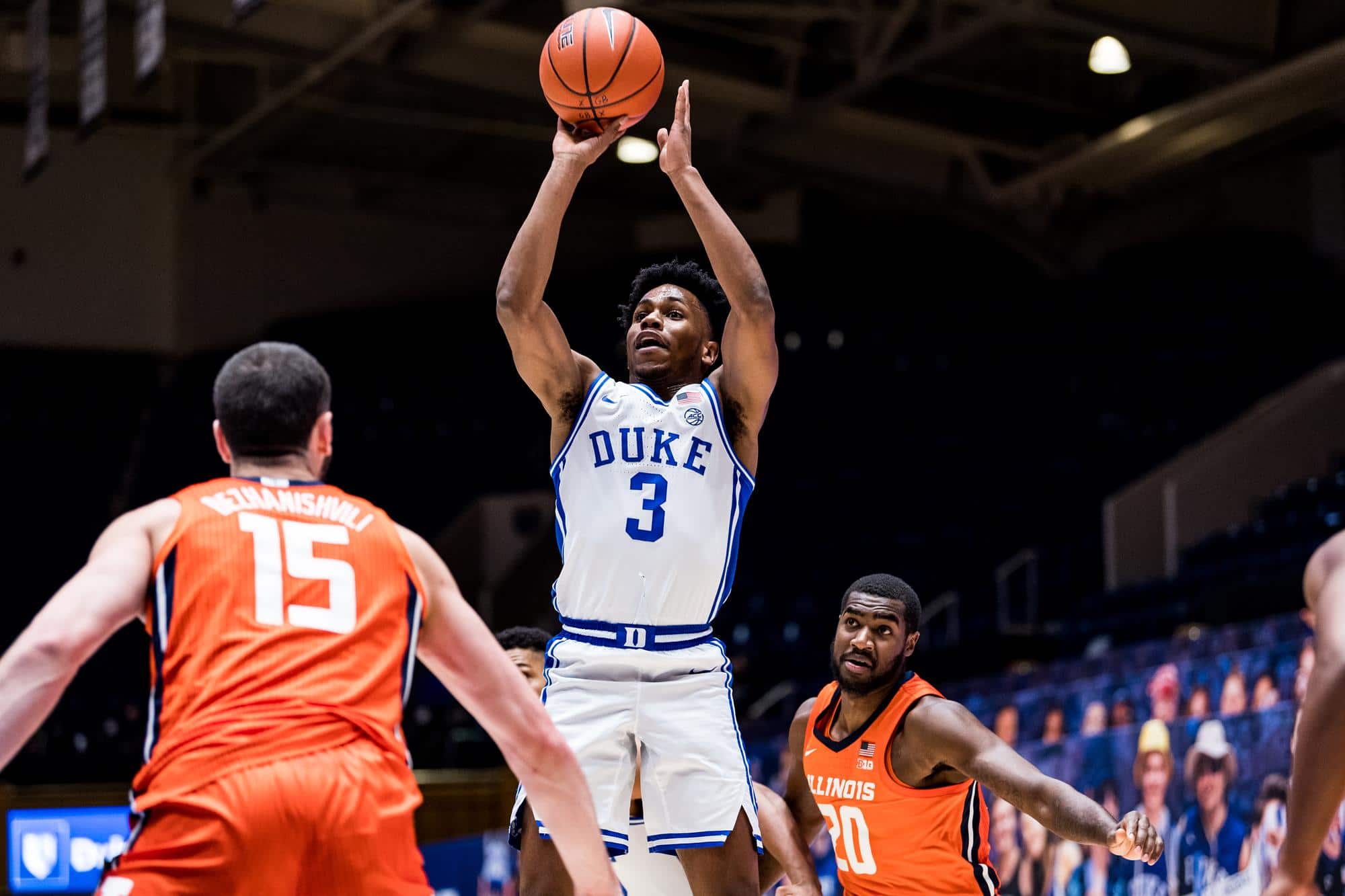 Duke has lost two home non conference games this season; the last time that happened was in 1982-1983. With multiple starting lineups throughout multiple different games; Duke has found themselves in trouble. Here are Five Ways Duke Needs To Improve This Season.

Duke has been shooting poorly all season long. A big reason to why they are ranked 165th in the nation in Points Per Game. The primarily young team still has yet to find their rhythm this season. Shooting 44% from the field as a team is certainly not going to help them out. Their primary scorer coms from Sophomore Matthew Hurt who averages 19PPG. On the bright side he has improved from last season, which he was averaging 9PPG. One Sophomore who has struggles is Wendell Moore. He was set to have a promising season after no declaring for the NBA Draft last season, but is averaging 4PPG and is 7th on the team in scoring. The Blue Devils have also shot horrendous from beyond the arc shooting 32% from three and against Illinois on Tuesday, they went 5-22.

Passing, good passing, leads to good shot opportunities. Confidence shooting the ball is nonexistent on the team, players are scared to shoot the ball and pass off an opportunity instead. This season, Duke has more turnovers than they do passing. 16 Turnovers Per Game versus their 15 Assists Per Game. Certainly this is a stat no team wants to have; more turnovers than assists. Duke is unable to get these good shots because of how they are playing sloppy with passing.

Sticking with Duke’s offense is their ability tp move without the ball. If a player drives to the basket the other four players are standing around the perimeter waiting for a kick-out. But, in reality there should only be one player as a safety net on the wing, the other should crash the boards. The movement on offense goes hand and hand with passing, so by moving without the ball Duke can space the floor more to make the court bigger rather than having defenses swarm all over them. Once this simple mistake is corrected, Duke will then be able to knockdown open look shots and can gain their confidence back once the play again on December 16th.

Against Illinois on Tuesday, the Fighting Illini went on a 14-2 run to start the game. Most of that was in part because of their transition points; Illinois was able to get the ball down the court a lot quicker than Duke was able to transition. A big reason why Illinois won that game was because they shot 58% from the field, a majority of points coming from easy dunks and layups. The Blue Devils defense is not as quick on their feet as they were with Tre Jones last season; however, having Jordan Goldwire back for his senior year is only helping Duke out, but he does not have that supporting cast to help him out defensively. Goldwire leads the team is Steals Per Game this season with 2.

This Duke team is unlike most season in the last few years, there is depth. There were six freshman that came to play for Duke, one transfer, and along with that seven returning players on the team. This rarely happens at Duke where starters from the season before stay an extra year. Even with the depth that they have only eleven players have seen the court throughout the season, but it has been inconsistent. In the four games Duke has played all season long, there has been 4 different starting lineups with different players in different positions. It is hard to tell what the identity of this team is, if they do not put in their valuable bench out on the court.

One thought on “Five Ways Duke Needs To Improve This Season”