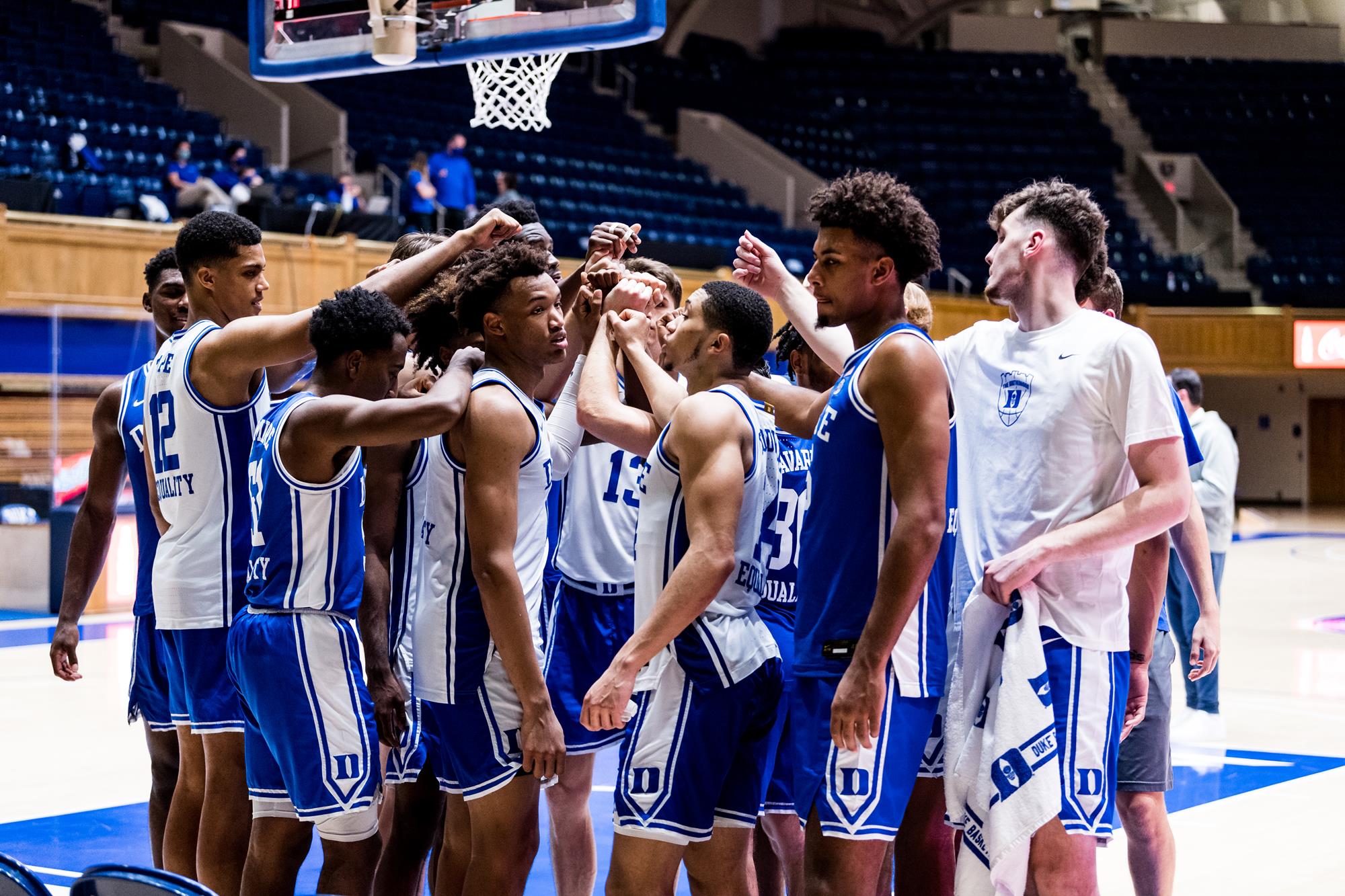 Duke basketball has used multiple lineups throughout four games already this season. These are three lineups to consider going forward.

G-DJ Steward: He has only started two games this season; however, both games have been a loss for the Blue Devils. Steward averages 11.8 PPG and shoots 41% from the field. He certainly gives Duke basketball some momentum when he gets going.

G- Jeremy Roach: He only started one game in a loss to Michigan State, but even with that loss, Roach scored 6 points and shot 50% in the game. He certainly has improved and came off the bench against Illinois and scored 13 points.

F- Jalen Johnson: Starting in all the games for Duke basketball this season, Johnson has been important for the Blue Devils. Averaging just over 11 PPG, Johnson has been trending downwards; starting the season off with 19 points, but only had 7 against Illinois.

F- Matthew Hurt: In his Sophomore season, Hurt has started all of the games this season putting up 19 PPG and 8 RPG; he has certainly been the star player on the Blue Devils team.

C- Mark Williams: Starting in two games this season, Williams is averaging 2.3 PPG. That may not seem like a lot, but Williams has only played 30 minutes all season long. Once he gets more playing time, he will certainly grow as a player.

G- Jordan Goldwire: He has started in three games this season and is averaging 6 PPG, but it is his hustle that makes him an underrated player. In the loss to Illinois, Goldwire had 4 steals and 4 assists. He is more of a role player than a go-to scorer but is there when the Blue Devils need him.

G- Jeremy Roach: Hopefully Roach can continue trending upwards he certainly is important for this Duke team. He became the seventh Duke basketball freshman to have 7 assists and 0 turnovers in one game.

F- Jaemym Brakefield: He has not started all season long, but has been a strong presence off of the bench averaging 7 PPG, but has posted a career-high of 12 points against Bellarmine. He is a strong three-point shooter and is the only freshman in Duke history to go 4-4 from beyond the arc at Cameron Indoor Stadium.

F- Wendell Moore: He has not been performing too strong this season and has only started three games this season. Giving Moore more playing time will help him grow his confidence for him to play better. Moore is averaging 4 PPG and 2 RPG.

F-Matthew Hurt: at 6-9, Hurt has improved a lot this season and is playing some of the best basketball on this team. Adding him in here will give the lineup more shooting because he averages 40% from three.

G- Jeremy Roach: An up and coming guard in the Blue Devils program has shown game in and game out why he deserves a starting role on this team.

F- Jalen Johnson: One of the best freshmen in the 2020-2021 Duke basketball class, Johnson has been an asset to this Duke team. He needs to find a rhythm early on in the game because once he is taken out early by opposing defense’s; he ends up having a bad game.

F- Matthew Hurt: It is certainly fun to watch Hurt play, and he will fit in well with this bigger lineup because even at 6-9 he shoots the ball at a high level and can score on the outside and in the paint.

F- Patrick Tapé: The graduate transfer has only played in two games this season only playing for seven minutes total. It will be great to get him in more action to see what he is really capable of.

C- Mark Williams: the 7-0 Center would really compliment this lineup well he is a great passer which led him to have 3 assists against Bellarmine along with 4 blocks. He can do it on both ends.