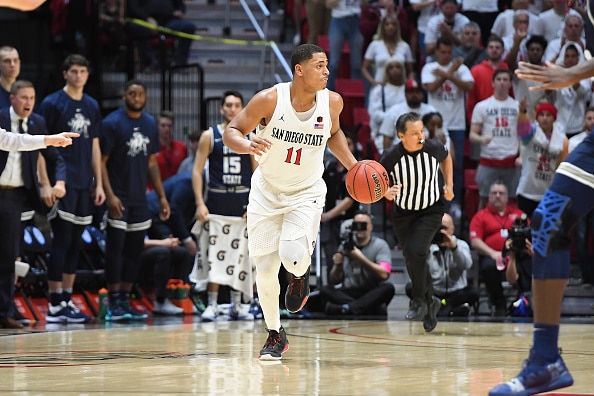 Entering the game, San Diego State ranked ninth nationally in scoring defense allowing only 54.2 points per game. Arizona State finished the game with 68 points and is the first team this season who has scored more than 60 points on San Diego State. Arizona State entered the night averaging 84.5 points per game as the nation’s 46th best scoring offense and San Diego State completely stifled the for much of the second half. San Diego State can play man-to-man or zone. They can switch ball screens at every position and their big men have the foot speed and discipline to stay with and solidly defend smaller guards.

San Diego State now has wins over the two teams (UCLA, ASU) who were picked to finish 1st and 2nd in the Pac-12 preseason poll. Aztecs have early equity. And it's only December 11th.

3) Arizona State forgets there is no “I” in team