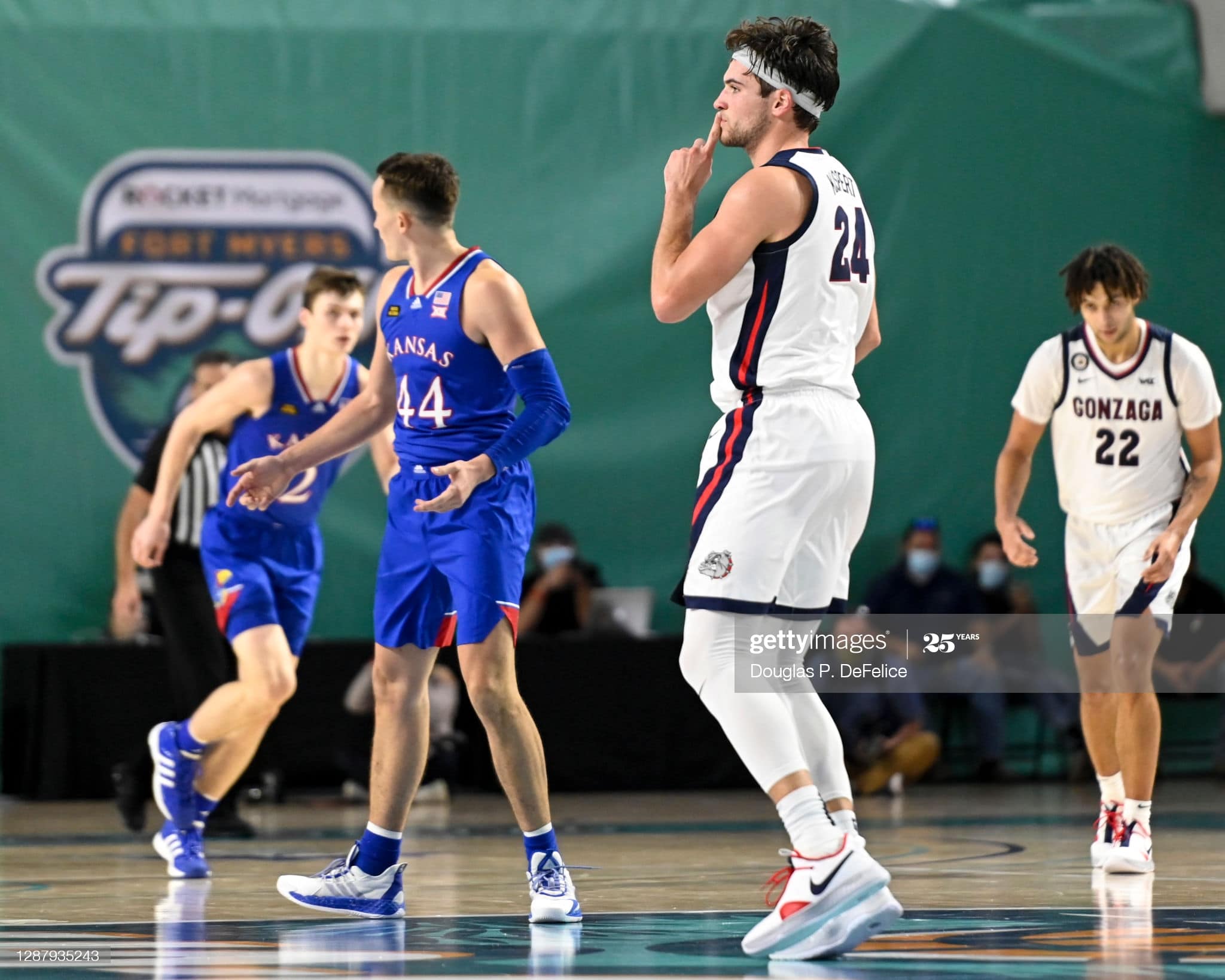 The stars came to play with preseason All-Americans Marcus Garrett and Corey Kispert both putting up 22+ points while shooting efficiently from the field. What really helped Gonzaga however was the supporting cast, as Top 10 recruit Jalen Suggs dazzled with 24 points in his college debut and Drew Timmie led all scorers with 25 points. Joel Ayayi also added a quiet 15 points for the Zags. This game was close throughout, but Gonzaga held the lead for nearly all the game. Kansas never let them get to more than a ten point lead, and would cut it down to 1 a few times, but Gonzaga never let them take control and eventually put them away in the final minutes. Here are a few takeaways for each team after their first games of the season.

Gonzaga faces a decent team in Auburn tomorrow, while Kansas gets an easy game to get their first win of the season against St. Joseph’s.