It is the Year of Rutgers Basketball 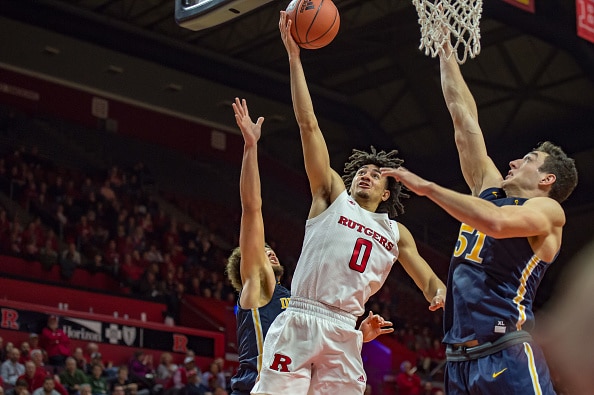 Fast forward 29 years, six coaches later, Rutgers was on pace to claim its bid into the NCAA Tournament last season before the season was canceled due to the Covid-19 pandemic.

The streak lives! This year will be the 30th straight year Rutgers does not play in March Madness if the Scarlet Knights fail to punch their ticket. However, Steve Pikiell has formed a disciplined and exciting team to watch, and Rutgers basketball has made its way into the top of the conference.

Rutgers is already in a great position, bringing back its top two scorers in Geo Baker (10.9 PPG) and Ron Harper Jr. (12.1 PPG), as well as crafty big man Myles Johnson (7.8 PPG, 7.9 RPG). But what makes Pikiell such a special coach is the continued improvement he sees from each of his players.

Baker in his first two seasons shot below 35% from the field. Last season, he posted 40% shooting. When Baker scored less than ten points last season, the Scarlet Knights were just 6-6. When he cracked double digits, they were 14-5.

What makes Rutgers a major threat this season is not their top dogs, though. Rutgers currently has seven players who played on average 18+ minutes a game last season. In addition, six freshman recruits join the program, allowing for even more strategy by Pikiell.

The X-Factor in this season is not Baker, not Harper, and not even four-star recruit and double-double machine Cliff Omoruyi. It is Pikiell. He has the pieces, and he has the momentum. Will he be able to maintain his success and break the streak? History says no. But logic says yes. With the stars they have and the abrupt ending to last season, this could very well be Rutger’s year.