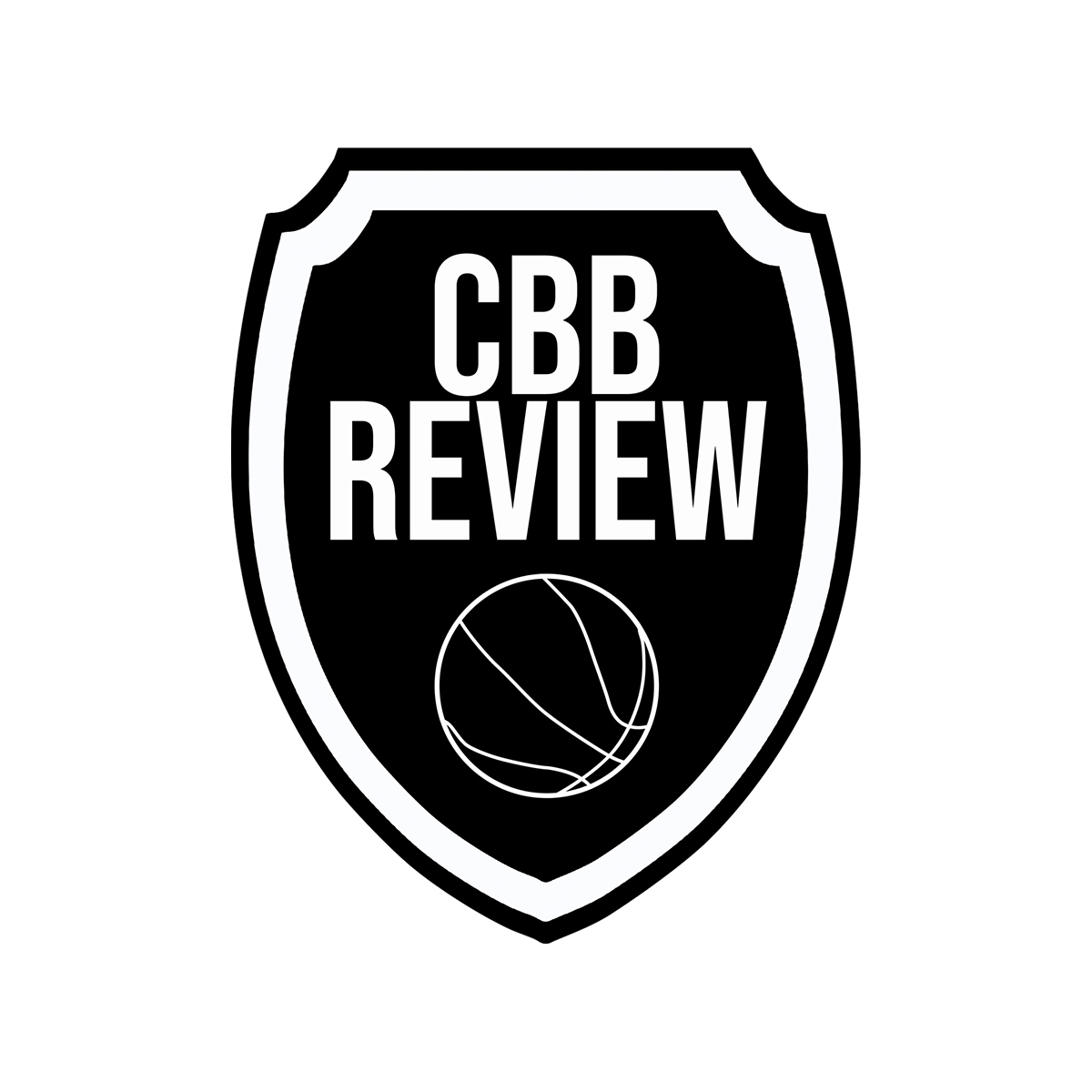 College hoops analyst Jeff Goodman discusses the possibilities of an upcoming season and a recap of last with Mat Mlodzinski.

The 2020 college basketball post-season was ended as the coronavirus pandemic began to cancel events throughout the country. Now, as the 2021 season is approaching, there is still a possibility that the upcoming season could be delayed, alerted, or canceled. Insider Jeff Goodman explains his ideas for a safe environment this season, plus who he thinks would have made it to the Final Four had the tournament not been canceled.

ME: The coronavirus pandemic has obviously affected college basketball. How have you had to adapt to covering college hoops?

JEFF GOODMAN: I mean, the biggest thing for me is just not being out in the road, right? It hit in March and everything got canceled. I would have been out on the road all of March. Final Four, certainly the NCAA tournament is one of the coolest things for me to be able to do my job. I bounce around a lot the first weekend. I try to go to at least two different spots, sometimes four spots in four days. And the Final Four is just a good networking event as well as obviously seeing the best teams, hopefully in the country with the chance to play for a national title.

And then you got July. And that’s kind of when I’ve gone out. I came up during recruiting, so I always go out in July. I go to the Peach Jam every single year. I usually go to Vegas, which wasn’t the case a year ago, because they don’t have that sanctioned anymore.

But again, another opportunity to see coaches in an environment where they’re relaxed. And to see some of the top young players, that again, I’ve done to be able to really establish myself in my career, because I came up and have seen these young kids when they were playing at 14 and 15 years old, and watched them all the way through college, and now even in the NBA.

ME: Do you see any long term changes happening for media numbers because of this pandemic?

JEFF GOODMAN: I get a lot of my information by being in locker rooms, whether it’s NBA or college. I go in early and I’m the last one to leave, generally. And I’m able to do that now a lot easier because I’m not writing as much, and even when I was writing, it didn’t matter. I would be the last one out because I was always writing for a website anyway, whether it was Fox, CBS, ESPN, and there was no time deadline most of the time, so I would make sure I was the last one out because frankly, that’s when you get your best information. You get one on one with whether it’s players, coaches, whoever, and getting whether it’s on or off the record stuff. I don’t see any of that being possible anytime soon. Nobody’s letting any media in locker rooms for a long time, maybe ever. I mean, that could change for good. I have no idea.

So you have to be a little bit more creative. Obviously, I get people on the phone, doing plenty of Zoom calls, doing podcasts. I think the media availability and accessibility you’re seeing it now in the NBA, it’s relegated primarily to Zoom calls. Most of the people in the bubble right now covering the NBA aren’t getting more access than people at home watching it on TV.

ME: I feel like there are two different types of ways people can take this. One is to sit back and pout and be discouraged and the other person goes out and adapts to that change. Do you think people entering media right now have a better chance of learning some more things if they take it the right way?

JEFF GOODMAN: My daughter is a junior in high school right now and she’s doing all these Instagram Live interviews. She did one with Adam Schefter earlier this week. I didn’t set it up for her, she just emailed him and he agreed to do it. Now, I think part of the reason he agreed to do it was because he’s got a daughter who’s younger than my daughter and doing interviews. So my guess is he felt some level of obligation, which I always do as well. If young people ask me to do something I can, I’m going to do it. Because there were a lot of people that helped me when I was breaking in the industry.

I think they’re worn out now a little bit. But I think through April, May, and June, I think people were saying yes a lot more than they had in the past, because frankly, what excuses were you using? Everybody knew you were sitting on your ass. So you really couldn’t say “I’m out traveling”, or some of those things, “I’m at a game.” They weren’t viable excuses, I guess.

ME: As the season’s kind of approaching faster than people are thinking, the thing that I’ve always said is, you’ve got to prepare as if the season is going to happen. But, if there is no season this year, even a shortened one, could players will opt out to prepare for the next level?

JEFF GOODMAN: Well, here’s what I think could happen, is if they make it just a conference season, or an abbreviated season, I think you’re going to see a lot of players redshirt. They’re going to have a decision to make. If there’s only a 20 game schedule, or a 15 game schedule or whatnot, especially some of the players of the mid-major leagues that think they have a chance to play professionally. They get a lot of exposure on those non-conference games. So I think you’ll see a lot of kids thinking about redshirting, more kids having the decision whether to redshirt or not if there’s an abbreviated season.

ME: We look at the NCAA tournament obviously getting canceled one of the last leagues, actually after the NBA. It seemed like they took a day or two too long to cancel. But do you think there was any real chance that it was going to get played in the future? Or was it done the minute that they canceled it?

Players and coaches around college basketball react to the NCAA tournament being canceled. pic.twitter.com/x2oDFyODkR

JEFF GOODMAN: Yeah, I think so. I think that was it for the most part. I think everybody kind of followed suit. And I think you’re gonna get that right now with some of the smaller leagues in football. You see the Ivy and the Patriot and everybody moving things back. I think a lot of it is a copycat deal.  Now again, some leagues have a lot more money at stake than others. SEC football is going to wait until the very, very, very end before they do anything.

But yeah, I think Rudy Gobert certainly kind of got the wheels in motion. And then to watch that Big East. The one game was surreal, wasn’t it? I should have been there. I was supposed to fly out to New York that that morning. My wife was like, New York, really? And I was like, well, this could be really cool, who knows what’s gonna happen to say you were there to be able to write on it and report on it is one of those things that you don’t want to say no to.

ME: If there was a tournament, who would have been your Final Four picks and maybe a Cinderella team?

JEFF GOODMAN: I liked Baylor all year. I liked them early. I liked them late. I liked Villanova there. I liked Kansas. I had Seton Hall. I tweeted out some about Seton Hall because I thought Myles could just carry them.

San Diego State was really good, but I didn’t have confidence that they’d be a Final Four team. But some crazy
stuff was gonna happen last year, we know that.

ME: We obviously want a tournament in 2021. What do you think needs to be done for college basketball to be played this year?

JEFF GOODMAN: It may sound a little bit crazy, but my proposal is such that nobody would have to get on a flight all year. I would have pods of 12 teams, let’s say 30 pods around the country at sites. I would have every team bus in –  obviously, you’re not getting on a plane.

And the reason I’m doing this is that there are leagues like Conference USA – the Big East could pull it off because they’re charter – but Conference USA is going to have to take regular flights, connecting flights. A team like FAU or FIU down in Florida is going to have to take a connecting flight to get to UTEP. And they’re going to get off the plane and they’re gonna play the next day? No, probably not.

So I think to do it right, and I think it would add a lot of intrigues and a lot of fun is have these pods. Two-week pods where you get 12 teams. So you could have a lot of the Big East schools in there. Seton Hall, St. John’s, Providence, you throw Manhattan in there if you want.

12 teams, two weeks, everybody quarantines, everybody tests. You have more mass testing so the price goes down a little bit, and everybody can afford it. And you play six games within 12 days You come back, then you do another pod. I like Kevin Willard’s idea. When kids leave campus for Thanksgiving break, I would start them, do a pod and forget about conference games. Forget about it.

And I think it would add intrigue to the season. I think it would make it fun, would make it different, which I think this season, why not try something different? And have every pod winner have an automatic bid to the tournament. And then you’re picking the rest from at larges. Expand the tournament to 96. Do that with a pod system in a similar way, similar fashion. And then you have everybody going to the Final Four site, whatever it may be, or to me, the Sweet 16, Don’t wait, don’t just do it for the Final Four. Do it for the Sweet 16 and condense it to its few places as possible.

The full interview with Jeff Goodman can be viewed at the top of the page.