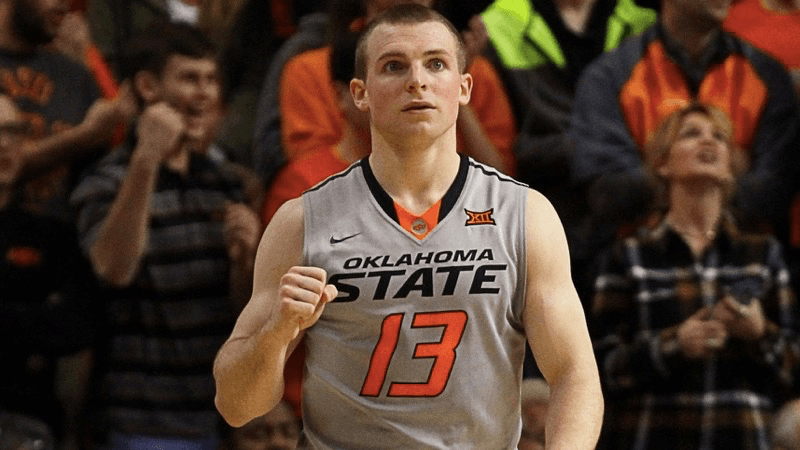 Phil Forte gained a lot of experience in his five years at Oklahoma State, where he became the sixth all time scorer in school history. Now, he aims to take his knowledge to the sidelines as he is embarking on a career in coaching.

As a coach, Forte uses a lot of strategies he learned as a player to help bring guys into his program at Sam Houston State, where he currently is an assistant coach, and help them improve during their careers. On the recruiting end, Forte said, “There are things I noticed as a player being recruited that I liked and disliked,” and that he uses those as guidance to bring a player in.

When being recruited, Phil Forte decided on becoming a Cowboy for many reasons, one of which was that he and his childhood friend Marcus Smart, current Boston Celtic, decided it was the best fit for both of them. Although he and Smart were not set on playing together, the two decided their senior year that they wanted to share the floor for a few more seasons and committed to Oklahoma State after an official visit together.

Although going to school with Smart was in the back of Forte’s mind when being recruited, he said the coaching staff at Oklahoma State was the biggest factor in committing. “Coach Ford and his staff did a great job of recruiting me for me,” Forte said, rather than other coaches who recruited him as a bonus to Smart.

Forte made the right decision, as he put up 1,792 points in his five year career, playing in every game up until an elbow injury in the third game of his senior season. Luckily, he was granted a redshirt and played a fifth year where he started all but one game and averaged 13.3 points per contest.

Phil Forte believes a lot of his success goes back to the coaching staff. “[Coach Ford] understood how to use me in his system being a former sharp shooter himself,” said Forte. He also noted that he was pushed to become better every year by his fellow teammates and coaches, and that being given “the ultimate green light” helped his confidence and allowed him to score at such high volumes.

Getting into coaching after college was a no brainer for Forte. “Basketball is all I know and all I’ve been around,” Forte said. He never had the goal to play professionally, so coaching was always on his mind once his playing career ended.

The relatability that Ford had with Phil Forte is something that Forte hopes to have with his players as a coach. “Being a player helps me relate to our guys and some of the struggles they go through,” Forte said. “I’m giving back everything I learned to our players to help them improve every single day.”

To have this connection, Forte looks to find guys that are coachable, guys who work hard, and guys who are good teammates. “I also have a soft spot for shooters,” Forte said. When he goes to recruit, the guys that stand out to him are the scrappy players who play hard, and once he notices who those guys are, he evaluates them further. “The first thing I look for requires no skill at all,” he said.

Phil Forte hopes to eventually become a head coach and continue to move up in the field of coaching hoops. He plans on starting his second season as an assistant at Sam Houston State, pending whether or not a season is possible, and possibly play in the next TBT.