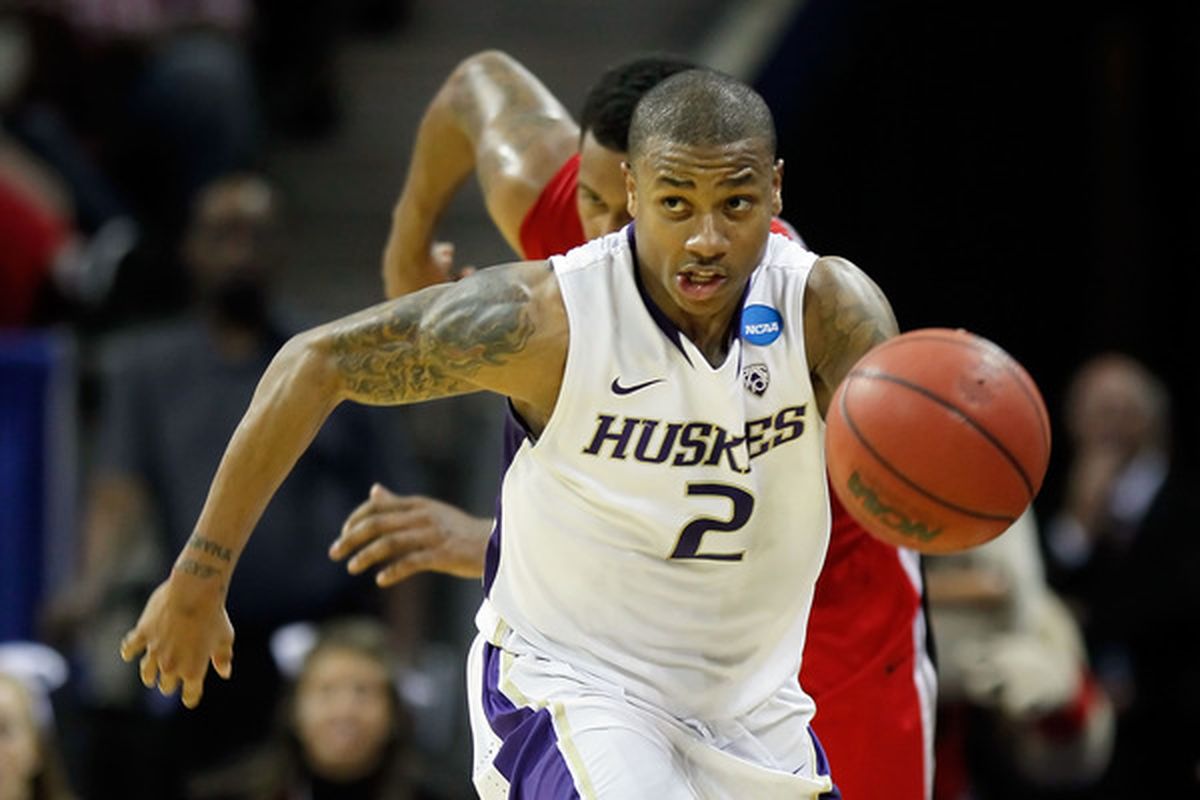 Washington Huskies basketball has been around since 1896. They have made one Final Four and numerous NCAA tournament appearances. Through the years, the Huskies have had a lot of talent come through the northwest.

Chris Welp scored 2,073 career points and was Pac-10 Player of the Year in 1986 when he averaged 20.8 points and 9.0 rebounds per game while shooting 59% from the field. Welp helped the Huskies win three consecutive Pac-10 regular-season titles. Also, Welp was three-time First-Team All Pac-10 and Pac-10 Freshman of the Year.

During his a Huskie, Detlef Schrempf was Washington’s most popular player. Schrempf helped Washington win back to back Pac-10 regular-season titles. In Schrempf’s time at Washington, he averaged 11.9 and 6.2 rebounds per game. Also, he scored 1,449 total points and was inducted into the Huskie Hall of Fame in 1995.

Now the point guard was tough to decide; it was between Nate Robinson and Isaiah Thomas. I ended up going with Thomas. Thomas won Pac-10 Freshman of the Year, was a two-time First-team All-Pac 10, and two-time Pac-10 Tournament MVP. In the Pac-10 Tournament championship game in 2011 against Arizona. Thomas scored 28 points and hit the game-winning shot. The Washington star averaged 16.4 points per game in his time as a Huskie.