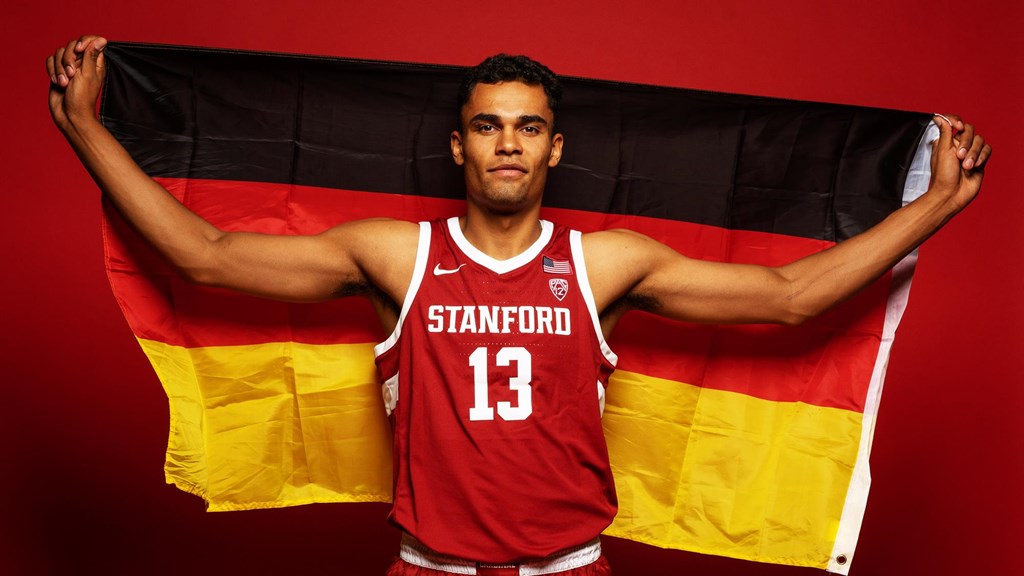 Oscar Da Silva, a forward for Stanford basketball from Munich, Germany, is ready to push for success this upcoming season.

Oscar Da Silva is going into his final season for Stanford basketball, ready to continue his growth on the court. Prior to the cancellation of the remainder of the NCAA season, Da Silva was averaging 15.7 points per game, alongside 6.4 rebounds per game and just over 1 steal per game, respectively.

After a career-high 27 points, as well as six other 20-point games, the 2019-20 season was a sneak peek of the potential Oscar Da Silva has to lead the Cardinals into March next year.

1. Being German, what is it like leaving your home country and playing basketball in the United States?

Obviously, Stanford isn’t exactly close to home and it definitely took some time to adjust. The first time away from home can probably be a struggle for most people. Fortunately, Stanford is a very inclusive place in general, and the Basketball team was no different from that. The high-quality characters on the team facilitated the transition a lot.

2. Your injury against Colorado was very scary and tough to see especially in a game against a ranked conference team. Thankfully you are safe and recovered quickly, but how did you come back from it?

The fall looked very scary, but I got away with “just” a mild concussion. Evan (Battey) from CU (Colorado University)  and everybody on the team, really, made sure that I was fine afterwards which I really appreciated. I went through examinations and concussion protocol and only had to sit out one game.

3. This past season was an incredible season for you personally, how do you plan on improving heading into the next season?

The number one focus this offseason is my 3-point shot. I can really expand my offensive
arsenal by making the 3 more consistently.

4. How are you improvising with the quarantine? What was it like being back in Munich and trying to still be in contact with the team?

Working out was a bit tough at first because I have close to zero equipment at my house in Munich. Our strength coach gave us a good body-weight plan though and I improvised using a rubber band and backpacks for weight. As far as staying in touch with the team, we had weekly team meetings and I talked to my teammates on FaceTime regularly.

5. How do you stay in contact with your teammates and what do you do to continue to work on your game and team strategy?

I would say that the summertime is not for strategy, really. This time a year we focus on
individual goals and do skill work and work on our bodies. Once we get back together on
campus, we’ll have time to talk about more team-oriented topics.

6. As a team, Stanford basketball will, I believe without a doubt, be a top team and contender in the PAC 12. How do you come back from months off to recreate that team chemistry and prove to the country you guys are a top team?

Fortunately, we’ll have a group next year that – for the most part – has played together and, more importantly, that has shared a ton of experiences with each other. I think team chemistry will come relatively quickly, even with the freshmen, because we’re all very excited to have them. Still, we know togetherness is important to success and we’ll continue to work on strengthening our bonds when we get back. If everyone comes back with the right attitude and high ambitions for the upcoming season, there’s no doubt in my mind that we will have success next year.

7. You were an All-PAC 12 player last season, what are your goals for the following season to continue your growth and helping Stanford basketball make a deep run in March?

I want to become a better leader and help the team win more next year. Especially in-conference season, I was not always satisfied with the way I and we performed from a mental standpoint. When we get to the point of the year where every game becomes a grind and a battle of will, I want to be there for my guys.

Better watch out for us next year!