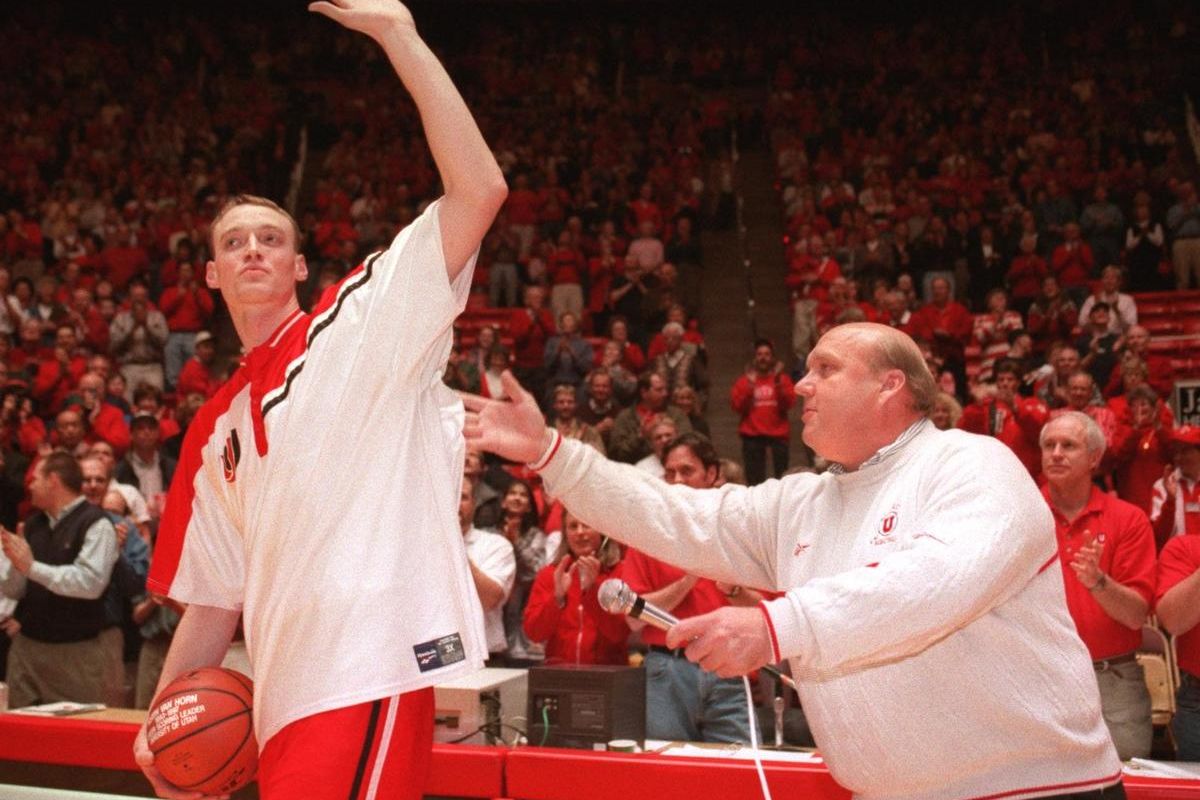 I am coming towards the end of my Pac-12 all-time starting five for each team in the conference. In this piece, I will be doing Utah Basketball. Utah has made the NCAA tournament 27 times and made four Final Four appearances. In 1944 the Utes won the national title in 1944. Utah joined the Pac-12 at the beginning of the 2011-2012 academic year.

Billy McGill was dominating in his three seasons at Utah; he averaged 27.0 points and 12.9 rebounds while shooting 53% from the field in three seasons. As a senior, he averaged 38.8 points and 15.0 rebounds per game. McGill also scored 50 plus points four times as a senior. McGill is Utah basketball’s all-time leading rebounder (1,100) and second-leading scorer (2,321).

Keith Van Horn was an outstanding player while at Utah basketball. As a sophomore, he led the Utah Utes to an NCAA tournament appearance. In 1997, Van Horn made back to back game-winning shots against SMU and New Mexico in the WAC Conference Tournament. That same season he led Utah to the Elite Eight. Van Horn is Utah’s all-time leading scorer with 2,542 points and second in rebounding with 1,074. In Van Horn’s time at Utah, he was three-time Wac Player of the Year and was All-American in 1996-1997 season. Van Horn averaged 20.8 points, 8.8 rebounds per game while shooting 57% from the field and 40% from three-point land.

Arnie Ferrin was Utah’s first four-time All- American in school history. In 1949, Ferrin was the Final Four Most Outstanding Player. Back in the 1947-48 season, Ferrin averaged 14.1 points per game. He was voted in the College Basketball Hall of Fame in 2004.

One of the most popular players to go to Utah was Ande Miller. Miller made All-WAC first team two times and WAC Player of the Year in 1999. Also, Miller was an All-American in 1998. In 1998 Miller led Utah to the Final Four, but they lost in the title game to Kentucky 78-69. Miller averaged 12.1 points, 4.8 rebounds, 5.4 assists, and 1.9 assists per game. He is second all-time in assist (721), first in steals (254). Miller was a floor general point guard who did a little bit of everything for Utah.

NIL: How Myles Powell and others Just Missed out on a Fortune