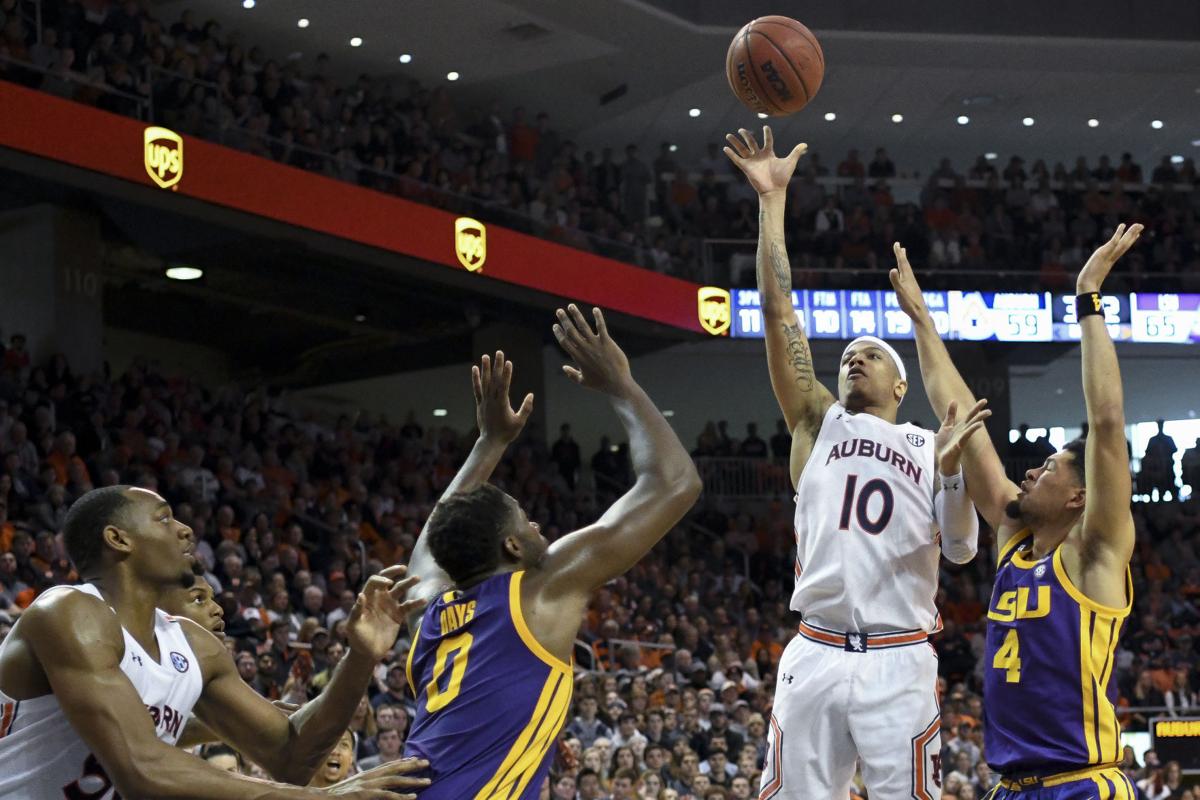 Ah, regression. When formulating pre-season expectations for CBB Betting, it’s a wise idea to analyze which teams might have played to their ceiling in the prior season. Let’s take look at two schools who would have been in this year’s field of 64 that could very well be on the outside looking in, come 2020-2021.

Bruce Pearl and co. will have a tough time replicating the same success that saw his Tigers run and gun to 2019 Final Four and enter the 2020 SEC tournament with 25+ wins.

The Tigers lose all five starters from a season ago (J’Von McCormick, Samir Doughty, Isaac Okoro, Danjel Pruifoy, Austin Wiley) including 6th man Anfernee McLemore. Pearl does bring in a top 10 recruiting class headlined by five-star guard Sharife Cooper and four-star forward JT Thor. To expect the Tigers to not miss a beat and continue their dominating ways in a parity filled conference seems like a stretch in 2020-21.

An interesting nugget regarding the 2019-20 Tigers: they ranked 7th in the nation in luck according to a KenPom. A metric derived from “the deviation between a team’s actual winning percentage and what one would expect from its game-by-game efficiencies.”

The Tigers stretch from January 28th to February 12th aids in justifying some of their luck, as they rattled off five straight SEC wins with four of the five contests needing overtime to decide the victor.

While there is still a good deal of uncertainty surrounding the sport when play does resume just remember the Tigers might not be as mighty as seasons’ past.

The 2019-2020 edition of Chris Mack’s Louisville Cardinals will fall under the long lists of “What IF” teams. What if we had a 2020 ACC and NCAA Tournament? Louisville had a real shot of reaching Atlanta, I guess it just wasn’t in the cards.

Similar to the Tigers, Louisville will need to replace a good chunk of starting production from a season ago. Rising sophomores David Johnson and Samuell Williamson will be forced into increased roles. Losing JUCO transfer Jay Scrubb to the NBA sure stings, but there is enough depth on this team to make up for his departure.

To expect this version of Louisville basketball to have the same ceiling they did in 2019-20 is unrealistic, as the top to bottom strength of the ACC as a whole will be back to the status quo in 2020-2021.