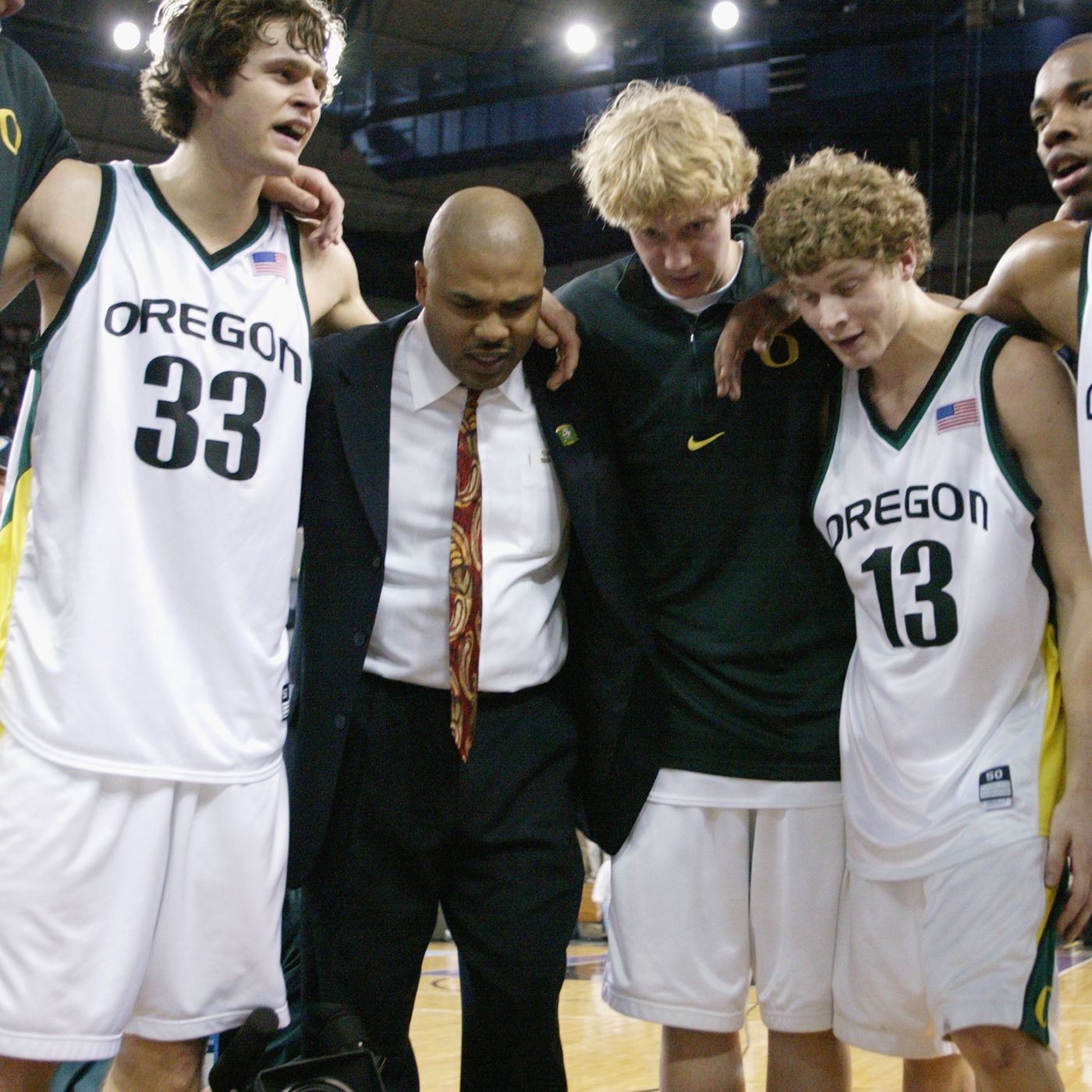 In the long history of Oregon basketball, they have played in 17 NCAA Tournaments and won seven conference championships. In 1939 the Oregon Ducks won the first NCAA men’s basketball national championship. Oregon made the Final Four in 2017, and it was 78 years between Final Four appearances.

Blair Rasmussen played four years at Oregon and averaged 13.6 points,5.9 rebounds, and 1.0 block shots per game. Also, in those four years, he made three All-Pac-10 first teams. At seven feet tall, Rasmussen shot 51% from the field and was a force in the paint in his time at Oregon.

At Oregon, Luke Jackson put up solid numbers. In four years, Jackson averaged 15.6 points per game on 48% shooing from the field and 40% shooting from beyond the arc. Jackson helped lead the Ducks to the elite eight in 2002. He is the only player in Oregon history to score 1,900 points, grab over 700 rebounds, and 400 assists. Jackson is also the only player to be in the top ten in nine categories at Oregon. As a senior, Jackson had his best season; he scored 21.2 points per game on 44% shooting from three. Jackson had an excellent all-around offensive game at Oregon could score in the post and shoot from the outside.

Dillon Brooks won Pac-12 Player of the Year in 2016-17 season when he averaged 16.1 points per game on 48% shooting from the field and 40% from three. Brooks made the All-Pac-12 team two times and All-Tourney Team two times. Brooks was another excellent all-around scorer and could get to the free-throw line as well.

Terrell Brandon led Oregon to the NIT as a freshman in 1989-90 and went on to hold school records in single-season scoring average and assists in a single game. Brandon won Pac-10 Player of the Year in 1991, scoring 26.6 points per game on 48% shooting from the field. In two years at Oregon, Brandon averaged 22.2 points, 5.5 assists, and 2.0 steals per game. Brandon was also named team MVP in 1990 and 1991. The former Oregon was a quiet assassin on the court; he could score that basketball from all over the court.

Luke Ridnour was Pac-10 Freshman of the Year in 2001 and Pac-10 Player of the Year two years later in 2003. In 2003 when Ridnour won Pac-10 Player of the Year, he averaged 19.7 points and 6.6 assists per game. Ridnour set a school record for assists with 218 and made a conference record 62 consecutive free throws, he is a two-time first-team All-Pac-10 team and is the Pac-12 Hall of Honor. Ridnour was the floor general for the Oregon Ducks in his time there. He did a great job of getting his teammates involved and scoring when needed.