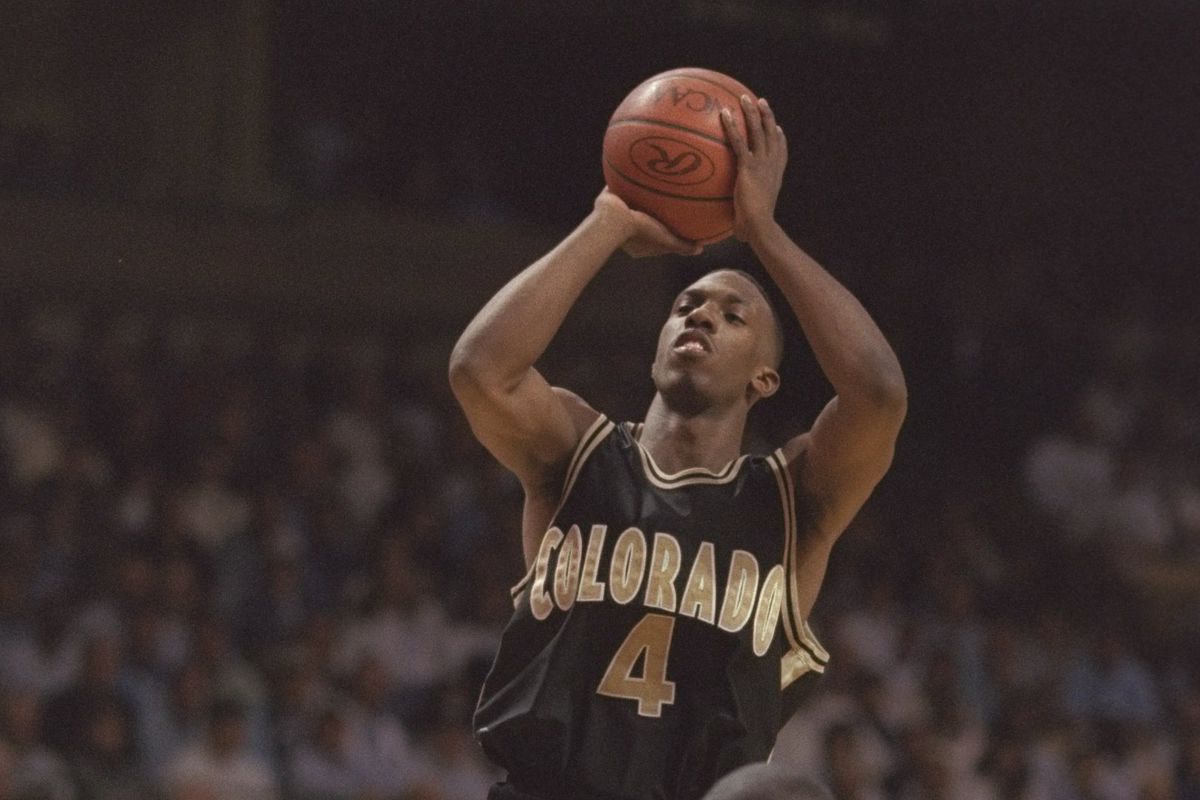 David Harrison is the Buffalos all-time leader in block shots with 225, Harrison made first-team All Big-12 and Honorable Mention All-American in his time at Colorado. In Harrison’s three years, he averaged 15 points, 8.0 rebounds, and 2.6 blocks per game. As a Junior, the Colorado basketball big man averaged 3.3 blocks per game. During Harrison’s final season at Colorado, his offensive game started to come around, and he averaged 17.1 points per game and shot 63% from the field.

Cliff Meely was outstanding in three seasons at Colorado; he won two Big Eight Player of the Year awards. Meely is fourth all-time in points scored and rebounds in Buffalos history. In three years at Colorado, he averaged 24.3 points, 12.1 rebounds on 58% shooting from the field, as a senior, Meely made first-team All-American while 28 points per game. To this day, Meely is still Colorado’s leader in points and rebounds per game. Meely’s number is retired at the Unversity of Colorado.

Alec Burks came to Colorado ready to play, in his first year, Burks won Big 12 Freshman of the Year. As a freshman, Burks averaged 17.1 points per game on 53% shooting from the field. The next year, he made Big 12 All First-Team averaging 20.5 points and 6.5 rebounds per game. Burks was an athletic wing who could score and defend well. He was not much of a shooter but did need to with his athletic ability.

Now time for the point guard of the team, Chauncey Billups also know as “Mr. Big Shot.” Billups played two seasons at Colorado and was All-Big 12 in the 96-97 season. In two years as a Buffalo, Billups averaged 18.5 points 5.6 rebounds, 5.1 assists and 1.9 steals per game. Billups could do it all shoot from the outside; he shot 38% from three in two years. Also, Billups could penetrate and finish in the lane. Billups’ number is also retired at Colorado.