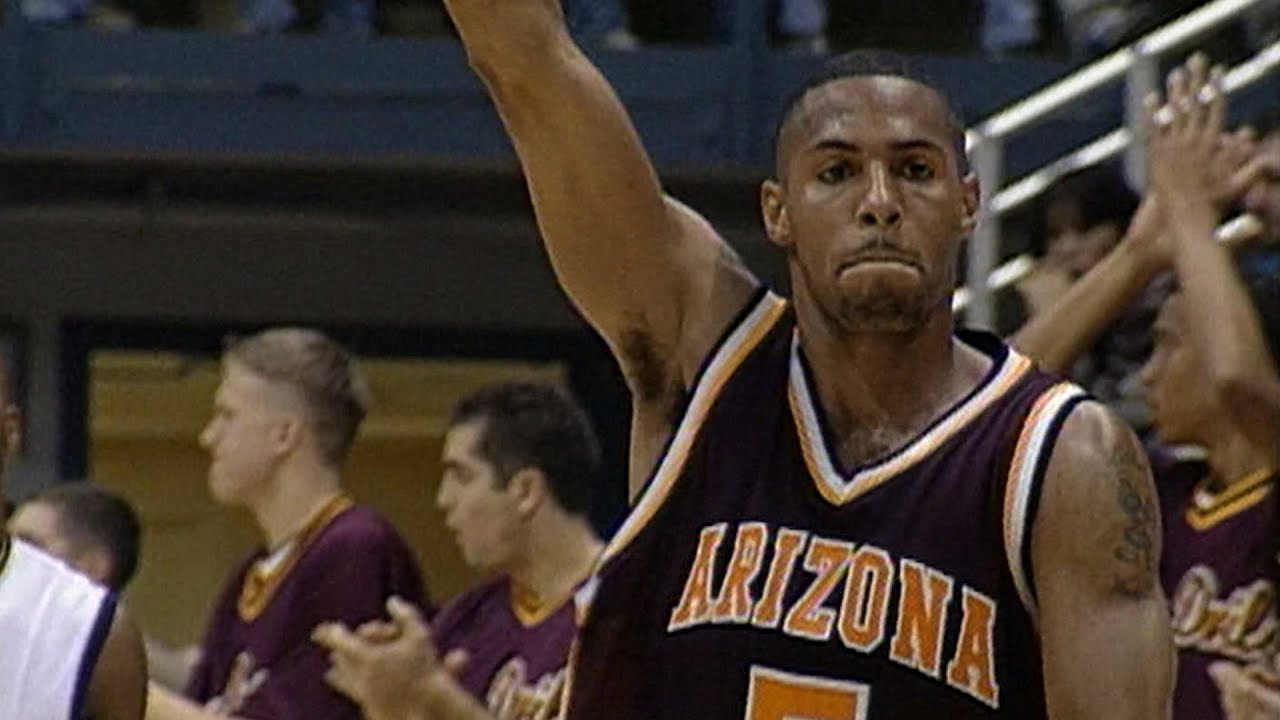 At center im going with Alton Lister, Lister played three years at Arizona State and averaged 12 points 8.2 rebounds, and 1.9 blocks per game. He blocked 184 shots in three years as a Sun Devil. Also, he shot 56% from the field. As a senior, Lister helped led Arizona State to a 24-4 overall record and 16-2 in the Pac-10. That season the Sun Devils were ranked 5th in the country. Lister made the Arizona State Hall of Fame in 2000. He was good on both ends of the court could score on the block as well as defend the paint.

Ike Diogu was a beast in his time with Arizona State basketball, Diogu was Pac-10 Freshman of the Year and Pac-10 Player of the Year in the 2004-2005 season. Also, Diogu made first-team all Pac-10 three times. In three years at Arizona State, he averaged 21.4 points per game on 57% shooting from the field. Along with his scoring, Diogu averaged 8.8 rebounds. Diogu was a small power forward at 6′ 9 but made up for it with his 7’4 wingspan. He had post moves and shoot from the outside a little bit to keep the defense honest.

James Harden is not a small forward, but he is on the all-time team. Harden averaged 19 points per game on 50% shooting from the field and 37% from beyond the arc. At Arizona State, Harden made all Pac-10 team twice and was an All-American in 2009 when he averaged 20.1 points per game. As a Sun Devil Harden could flat out score, he can shoot from the outside and drive to the basket. Much like he does now with the Rockets. Harden also got his number retired at the school.

Byron Scott was one of the most famous players in the 1980s. Scott was Pac-10 Freshman of the Year in 1980 and made first-team all Pac-10 in 1982 when he averaged 21.6 points per game as a senior. In three years at Arizona State, Scott averaged 17.5 points per game on 50% shooting from the field. Scott was a fantastic two-way player for Arizona State, he could score as well as defend, and it carried over to his time in the NBA. Also, Scott’s number was retired by the Arizona State basketball program as well.

Many people forget how good Eddie House was at Arizona State; he is the Sun Devils all-time leading scorer with 2,044 points. House scored 61 points in a 111-108 double-overtime victory over the Cal Bears. He had three 40 point games as well. In the 2000 season, when House won Pac-10 Player of the Year, he averaged 23 points per game on 42% from the field and 36% from three-point land. Also, House led the team in assist with 111 and steals with 74. House was a gunner as a Sun Devil; he scored the basketball at a high level, and his three-point shooting was effective at the next level. House like Lister and Scott has his number retired.