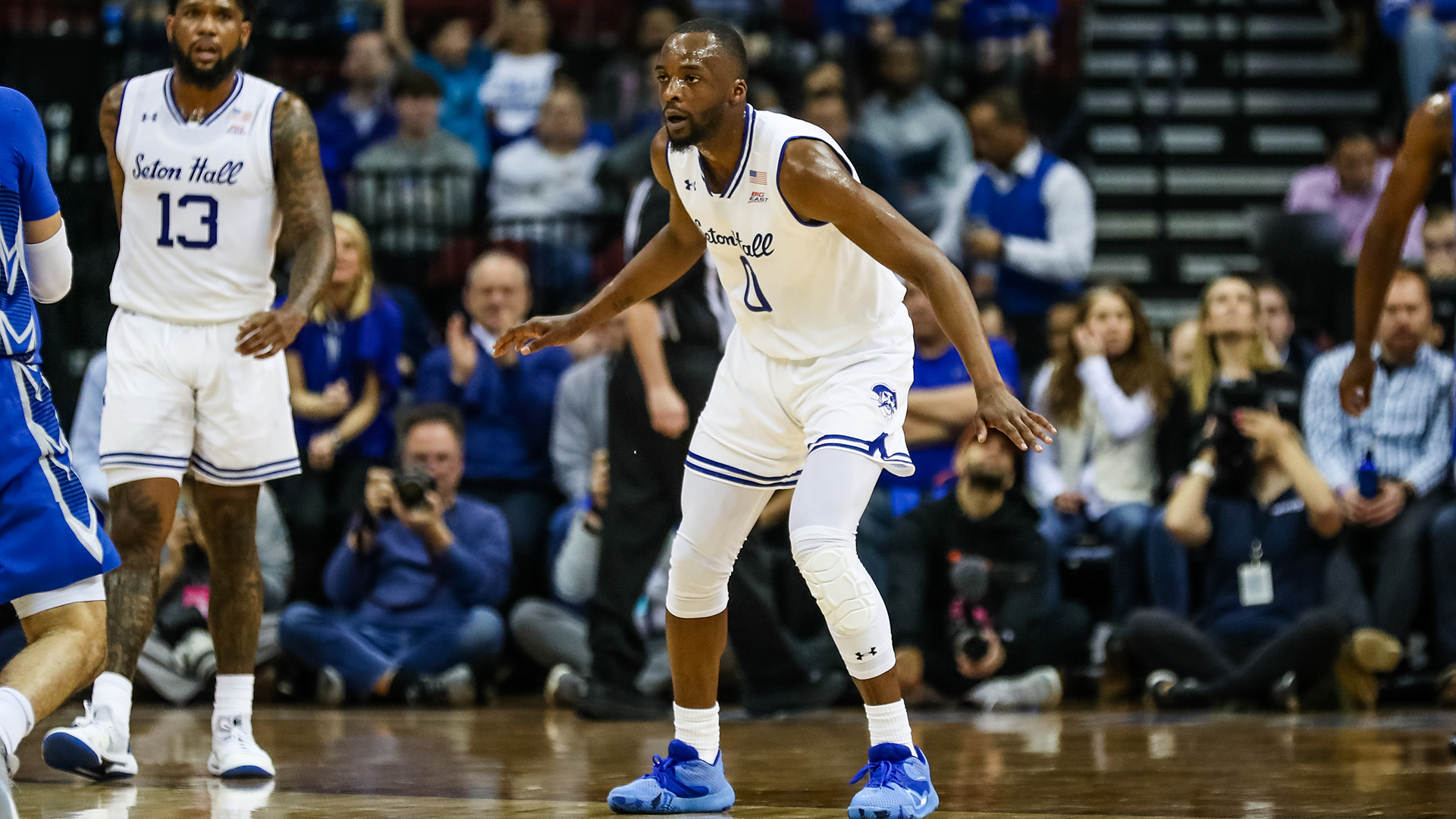 Seton Hall and Butler played a classic Big East battle Wednesday evening. The Pirates had won four straight in the series but not by much as the previous 10 matchups between the two had all been decided by less than eight points. Wednesday night was no different, as the Pirates and Bulldogs threw punch after punch before a buzzer beat gave Seton Hall it’s fifth straight victory over Butler.

Butler came out of the gates strong to open up a first half lead which they wouldn’t relinquish. After eight minutes of play, Kamar Baldwin was 3-of-3 from the field leading the Bulldogs with seven points. 7-of-11 from the field, Butler was ready to fight leading 16-9 and forcing Seton Hall into three early turnovers. The Pirates wouldn’t go away trimming the lead to as little as three in the first half and holding Baldwin scoreless for the remainder of the first half. The Bulldogs had more weapons than just Baldwin and responded well from every Pirate run to take a 34-28 lead into the second half led by Bryce Golden’s 12 points.

After being held to just 33% shooting from the field in the first half, the Pirates began the second half with purpose. Seton Hall quickly trimmed its deficit to two before taking a 45-44 lead and its first lead since there was 19:37 remaining in the first half. From that point on neither team would hold more than a 5-point advantage.

After three minutes of defensive scoreless basketball, both teams would explode on the offensive side of the court answering every punch their opponent was throwing. Followed by more defensive stands the Bulldogs and Pirates were matched pound for pound before the cycle repeated.

Seton Hall took a 4-point lead with 2:55 remaining in the game. A free throw from Bryce Nze and steal and and-one layup from Kamar Baldwin the game was quickly tied at 61 with only 2:42 remaining. Then the surprising consistency for the night Bryce Golden pick up his fifth foul of the game with 2;19 on the clock. Myles Powell calmly knocked in both free throws and a 3-point basket by Quincy McKnight gave Seton Hall a 66-63 lead. An empty possession for Butler and an uncontested slam dunk from Romaro Gill tied Seton Hall’s largest lead of the night 68-63.

The Bulldogs refused to be done. After a McKnight steal and missed layup Aarron Thompson drove to the basket and whipped a pass to the corner where Jordan Tucker trimmed the lead to two knocking in his only 3-pointer of the night. It was the Bulldogs first 3-pointer of the second half. McKnight stepped to the free-throw line with ice in his veins and calmly buried two free throws extending the lead back to four followed immediately by a McDermott 3-pointer to close the gap to 70-69. Repeat and a tie ball game at 72. McKnight stepped up to the plate to seal the win for the Pirates but after shooting 0-of-7 from 3-point range in the second half the Bulldogs made three 3-pointers in 0:33 to tie the game with 8.8 seconds remaining. A desperation shot from McKnight missed and fell out-of-bounds off Bulter with 0:00.6 left in the game.

McKnight took the ball under the basket lobbed it up towards the rim for Sandro Mamukelashvili guarded by John-Michael Mulloy and with the catch and shot the ball fell through the net as time expired.

Seton Hall outrebounded the best rebounding team in the Big East 32-25. McKnight led the Pirates with 18. Powell added 16 of his own while Mamukelashvil and Gill finished the night with 15 each.

Baldwin led the way for the Bulldogs finishing the night with 20. Golden added 17 and Thompson and McDermott ended the night with 12 and 11 respectively.

Seton Hall snapped a two-game losing streak and remains in first place in the Big East. The Pirates will host St. John’s Sunday, February 23. Butler has now lost two straight and is 4-6 in their last 10 games. The Bulldogs will look to get back above .500 in the Big East when they travel to Creighton on Sunday