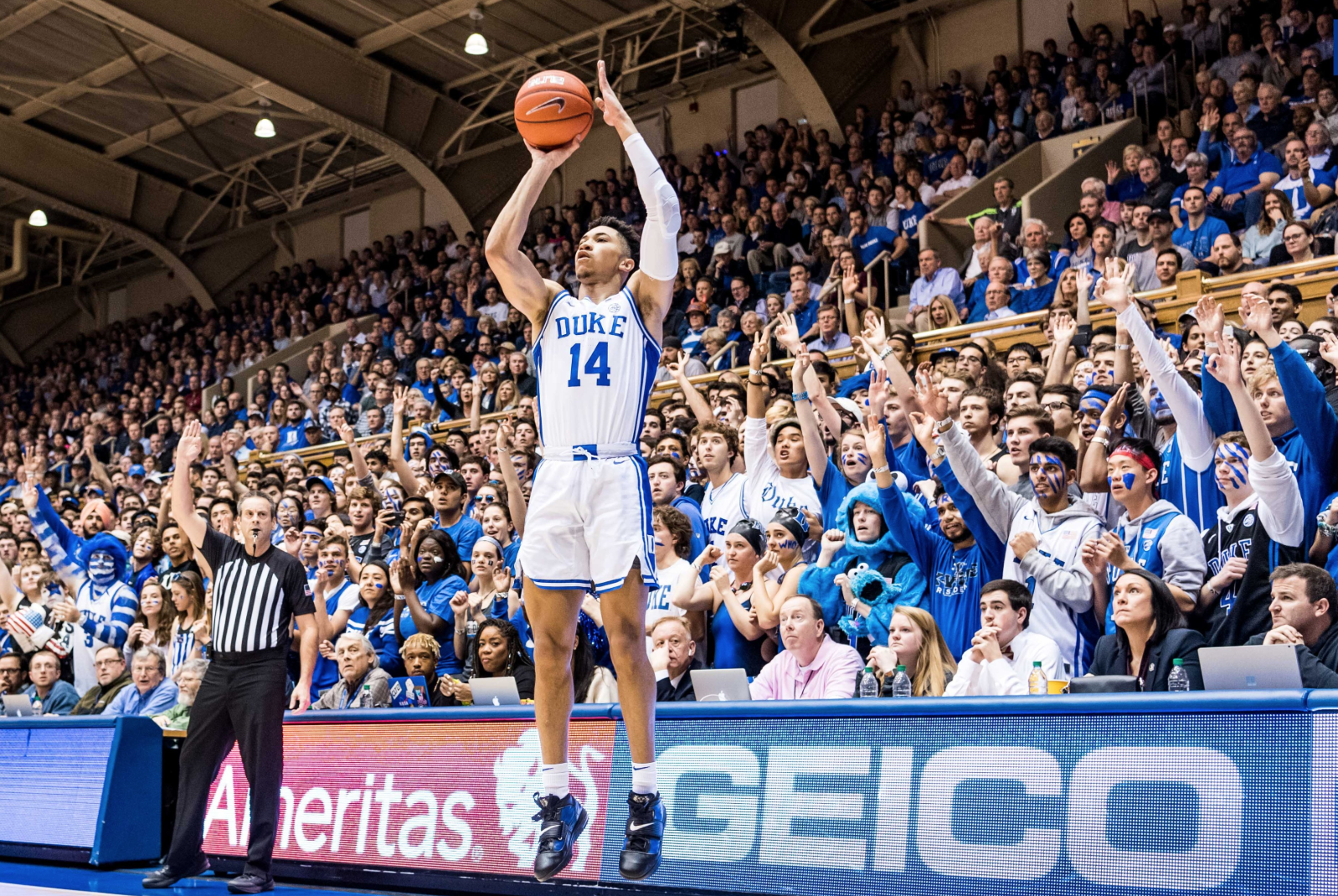 The Blue Devils held on and won 70-65 against the Seminoles despite being bodied on the offensive glass and 21 turnovers.

Following the Blue Devils comeback victory in an overtime thriller against UNC Saturday, it was understandable that they would have flaws tonight. This matchup turned out to be a nail-biter between the two teams who were looking to take sole possession of second in the ACC.

Florida State missed its first eight shots, allowing Duke to quickly capitalize and take an 11-2 lead. That lead turned into 21-11, and it looked as if it would be a surprisingly easy win for the Blue Devils, but that wasn’t the case.

After the 10:51 mark, Florida State slowly clawed their way back into the game. Sparked by a Trent Forrest jumper, a steal on the other end, and a 3-pointer from Malik Osborne, Florida State made it known they weren’t letting Duke get away with an easy win.

Heading into the locker rooms, the Blue Devils’ lead was shed down to just one, and the Seminoles could breathe again.

In the second half, Florida State got the lead back right out of the gates. A back and forth game all night, it was tied at 50 with a little over 9 minutes remaining thanks to a rare three from the Seminoles. It seemed like this game, too, might go into overtime, but a 6-0 run from the Blue Devils and a four-minute scoring drought from Florida State gave Duke a four-point lead with four minutes remaining.

Florida State had to play catchup, but it wasn’t enough. Matthew Hurt snagged an offensive rebound and got fouled with 12 seconds remaining. He went to the line for two free throws, sunk them both, and extended Duke’s lead to five. The Seminoles quickly responded, but once again, Hurt soared above the defenders for another offensive rebound and went to the free-throw line following a controversial foul call on Florida State. Hurt would sink both and help Duke late in the game to a 70-65 victory.

The #7 Blue Devils have won six straight and get a short break before they host Notre Dame on Saturday, February 15 at 4pm.

#8 Florida State hopes to bounce back and defend their home court when Syracuse comes to town on Saturday, February 15. That game is set to tip at noon.