NBA Draft 3.0: Who is the Surprising Riser?

As we hit the halfway point of the NBA season, it is becoming more apparent which teams are contenders and which are bottom feeders. This year, that may not be a bad thing, as there are loads of talented players ready for the next stage. Read below to see who these bottom 14 teams might be welcoming to their team a few months from now. *Order is based on standings on 1/23/2020 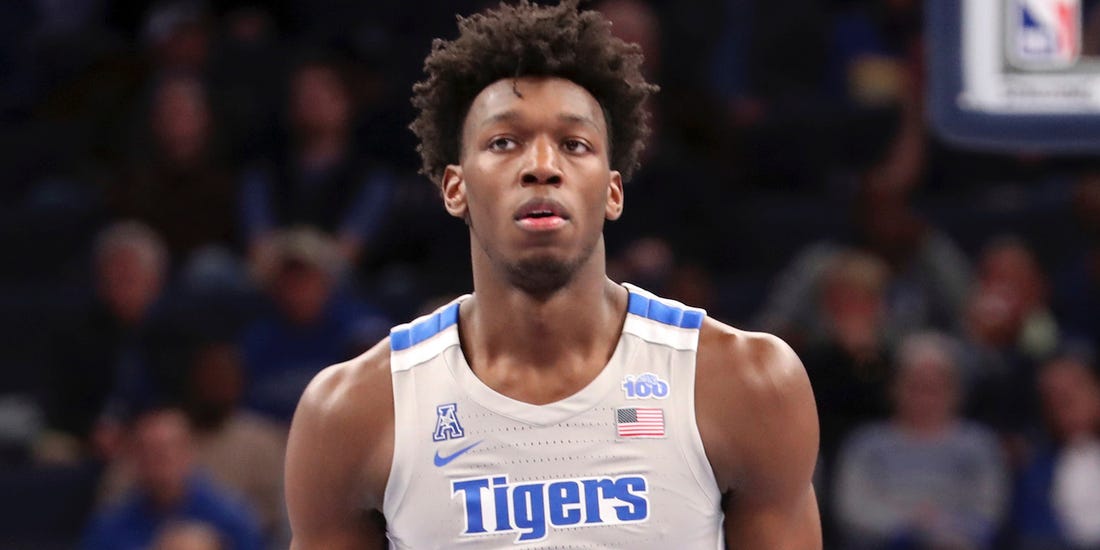 The Warriors have expressed an interest to trade this pick, but if they keep it, Wiseman is a great choice for this team. If they decide to keep Deangelo Russell, there won’t be a weakness in their starting lineup. There is a little drama around Wiseman right now, but it should die down and not affect him by the end of the NCAA season.

Let me set this straight, Lamelo Ball is better than both these picks and he is #1 on my big board, but the two other players are much better fits for their teams. The Hawks already have an All-Star point guard in Trae Young, and to pair him with another elite scorer would make the Hawks backcourt scary.

Everyone wants this to happen, and it very well might. Knicks don’t have a point guard of the future and Ball is just the playmaker they need. If you’ve seen my previous mock drafts, you know how high I am on Ball and putting him in a big market would not only be great for him but the league as well. This might be the pick the Knicks have been tanking all these years for.

If you read the title of this article, this is the big riser. Toppin has been incredible at Dayton this year, becoming a top 3 player of the year candidate, and looks very NBA ready with his offensive skill set, especially his ability to score efficiently. Cavs need a forward with Kevin Love most likely being traded soon and Toppin is their guy.

Okongwu is a terrific all-around player, averaging nearly a double-double on offense, and an incredible 3.2 blocks a game. He isn’t getting much love from the media because his team hasn’t been incredible, but he deserves it with the way he’s been playing. With no disrespect to Cody Zeller, he is not the center of the future, and Hornets can get used to pick and rolls between Devontae Graham and Okongwu.

By trading Jeff Teague to Atlanta, the Timberwolves are clearly in the market for a point guard. While we haven’t had the opportunity to see much of Anthony because of an injury, he showed how good he was in that short stint, averaging nearly 20 points per game. The Timberwolves will consider this pick a steal and he could very easily come out of this draft as the best player.

The Kings need to figure it out. They have a good player at each position, yet they find themselves back in the lottery. With this pick, they’re looking to solidify the bench in hopes that’s what they’re missing. Haliburton is one of the best passers in the draft and could provide help when Deaaron Fox and Buddy Hield are on the bench.

This is a boom or bust pick for the Wizards, but they could use anything right now. Avdija has very high potential and already has pro experience from playing with Euroleague team Maccabi Tel Aviv. With Wall coming back next year, the Wizards don’t need to reach for a guard, and Avdija is the best player at this spot.

The Bulls are in a similar situation to the Kings, but Porter will be on the final year of his contract next season and he is the weak link in the starting lineup. Okoro is a great all-around player and was the best player on one of the last undefeated teams in college basketball.

The Pelicans are a little weak when it comes to bench forwards, and Isaiah Stewart is a great option to come into the game to replace Zion. Stewart can score, rebound and defend, and has shown signs of NBA readiness throughout the season with Washington. The Pelicans young core is one of the best in the league, and is about to get even better,

The Pistons need everything at this point, with Derrick Rose most likely being traded, Blake Griffin being injured, and Andre Drummond most likely leaving at the end of the season. RJ is the best player available and that’s what the Pistons will do. RJ was a top 5 prospect before he chose to go overseas, so the Pistons might get a steal here.

The Suns love their current foreign point guard Ricky Rubio, and they’re going to love this one too. At 6’5, Hayes has great size, and Rubio will be the perfect mentor to him. The Suns are edging closer and closer to finally being a playoff team, and Hayes could be the guy to push them there.

Every year, there’s a major riser that no one expects, and this year, it could be Nwora. The Trail Blazers are still in win-now mode and Nwora would provide more help now than someone like Jaden McDaniels who will need a few years to develop. It also provides someone to take the scrload off Damian Lillard and CJ Mccollum.

Celtics don’t really have a backup point guard and Nico can make what is already one of the best benches in the NBA even better. He’s been hot and cold this season, but in some of those games he’s looked like a star, and Brad Stevens is a great option to develop him.