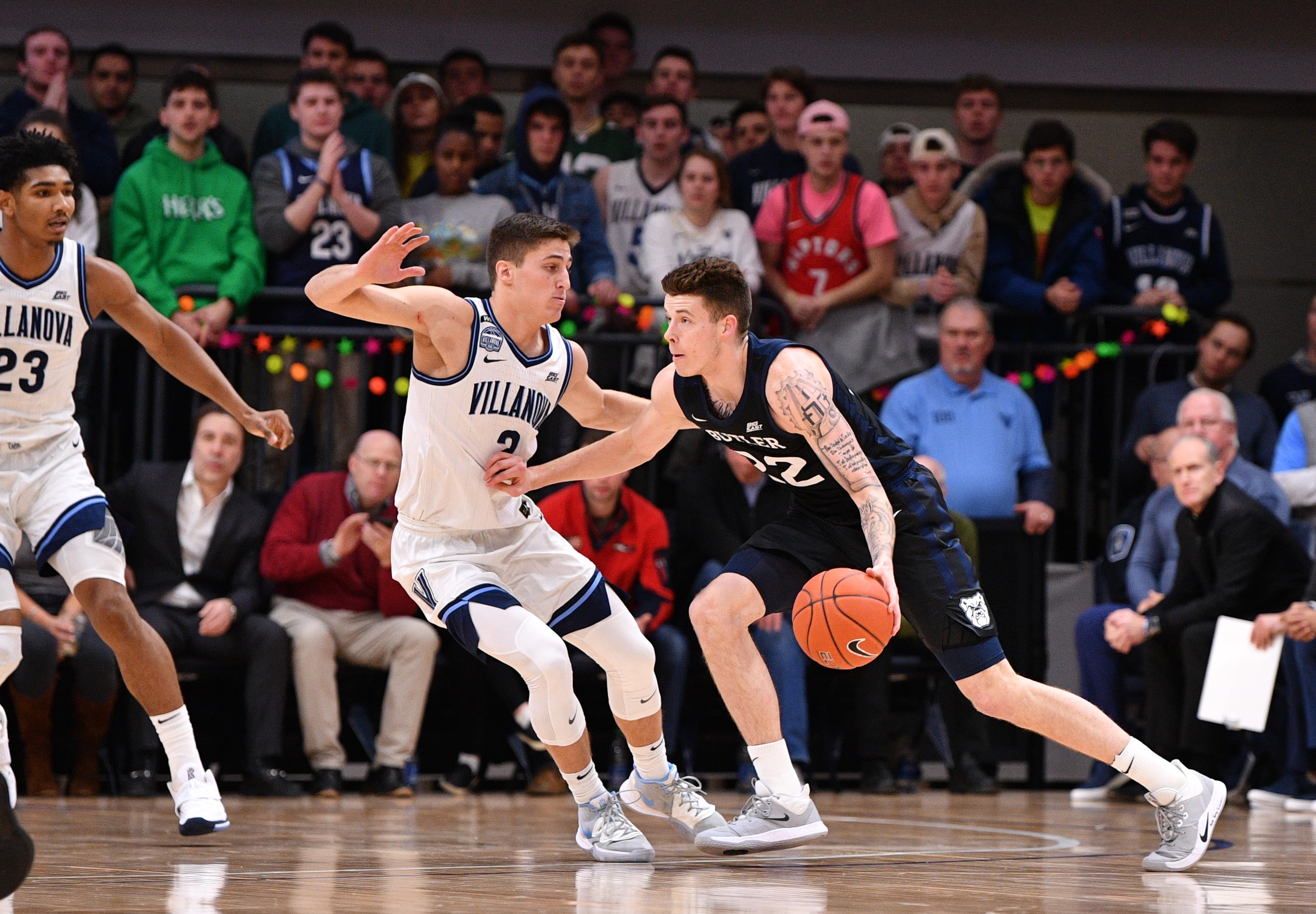 Villanova remained unbeaten at home as they handled Butler 76-61. The Wildcats used a balanced attack with five players scoring in double figures. Villanova’s defense was the story of the game as they held Butler to 25% shooting from behind the arc and only committing a total of ten fouls the entire game.

Villanova opened up a 10 point halftime lead and quickly extended their lead to 17. The Bulldogs would not wave the white flag. Butler answered the quick second half start by going on a 19-6 run trimming the Wildcats lead to 49-45. Four points are as close as the Bulldogs would come as Villanova’s Collin Gillespie connected with an and-one that sparked Villanova and outscore Butler 27-16 in the final 11 minutes of play.

The Wildcats were held to 37% from the filed and 36% from the 3-point line but corralled 11 offensive rebounds to keep their possessions alive. Villanova made a living at the free-throw line outscoring the Bulldogs by 17 at the line and shooting 21-23 from the charity stripe. Jermaine Samuels led the way for the Wildcats with 20 points. Gillespie, Jeremiah Robinson-Earl and Sadiq Bey all finished with 14.

Butler shot well from the floor but struggled from deep. Sean McDermott struggled for Butler all night having a difficult time finding his only two points at the end of the game. The Bulldogs had no answer for the lack of production from McDermott. Kamar Baldwin led the way with 21 points, 16 coming in the second half. Bryce Nze and Bryce Golden each added 11. Christian David exited the game with an injury in the first half and did not return.

Villanova has now won five straight and looks poised to continue this run through the Big East remaining right behind Seton Hall in the standings. The Wildcat’s contributions from all over the court on both defense and offense make them a difficult team moving further. Villanova will travel to Providence on Saturday.

Butler has now lost three straight after starting the season 15-1. In all three Butler allowed their opponents to score over 70 points after not allowing an opponent to score more than 67 in their first 16 games. The Bulldogs have been outscored from the free-throw line by 32 during their losing streak and sent their opponents to the line 80 times. Butler needs to find their defensive prowess as the Bulldogs host Marquette and Markus Howard on Friday.