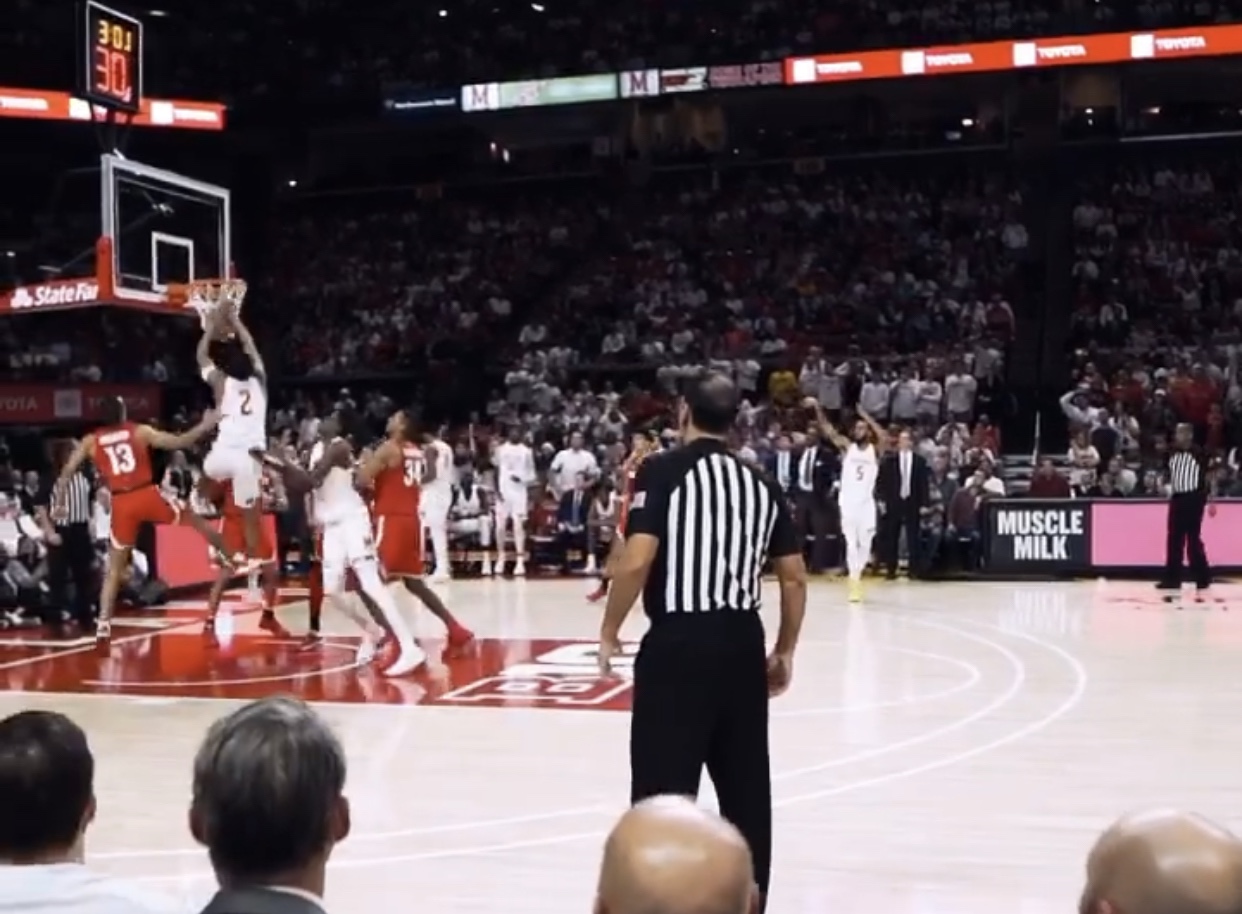 On Tuesday night, Ohio State traveled to Maryland to take on the Terps in a top-15 battle.

Ohio State started the game on an 8-0 run. The Buckeyes held the Terps scoreless for the first five and a half minutes of the game. But after that, it was all Maryland for the rest of the game.

A huge advantage for the Terps was getting Kaleb Wesson into foul trouble. With 5:15 left in the first half, Wesson picked up his second foul. Coach Holtmann sat Kaleb Wesson for the rest of the half.

Maryland went into halftime with a six point lead. Eric Ayala and Jalen Smith led the Terps in scoring with six points each, while D.J. Carton led the Buckeyes with seven points at the half.

In the second half, Maryland controlled the game for the entire second half. In the first few minutes of the half, Ohio State was able to cut the lead to just two points. But after that, the Buckeyes were not able to get it any closer.

The Wesson brothers and D.J. Carton were the only players that were productive for the Buckeyes on offense.

Kaleb Wesson picked up his fourth foul with 7:30 left in the game but he played the rest of the game without picking up his fifth.

The battle between Jalen Smith and Kaleb Wesson was the headline of the game. Smith forced Wesson to commit bad fouls and was able to outsmart the Buckeyes big man.

Maryland went on to win the game 67-55. This is a great win for the Terps and it’s their first victory over a ranked team this year.

The Wesson brothers and D.J. Carton were the only players that were productive for the Buckeyes on offense. Kaleb Wesson led the Buckeyes with 15 points while D.J. Carton and Andre Wesson were right behind him with 14 points.

For Maryland, Anthony Cowan led the Terps in scoring with 20. The rest of the scoring was spread out throughout their lineup. Jalen Smith followed Cowan with 11 points and Morsell was a close third with 10.