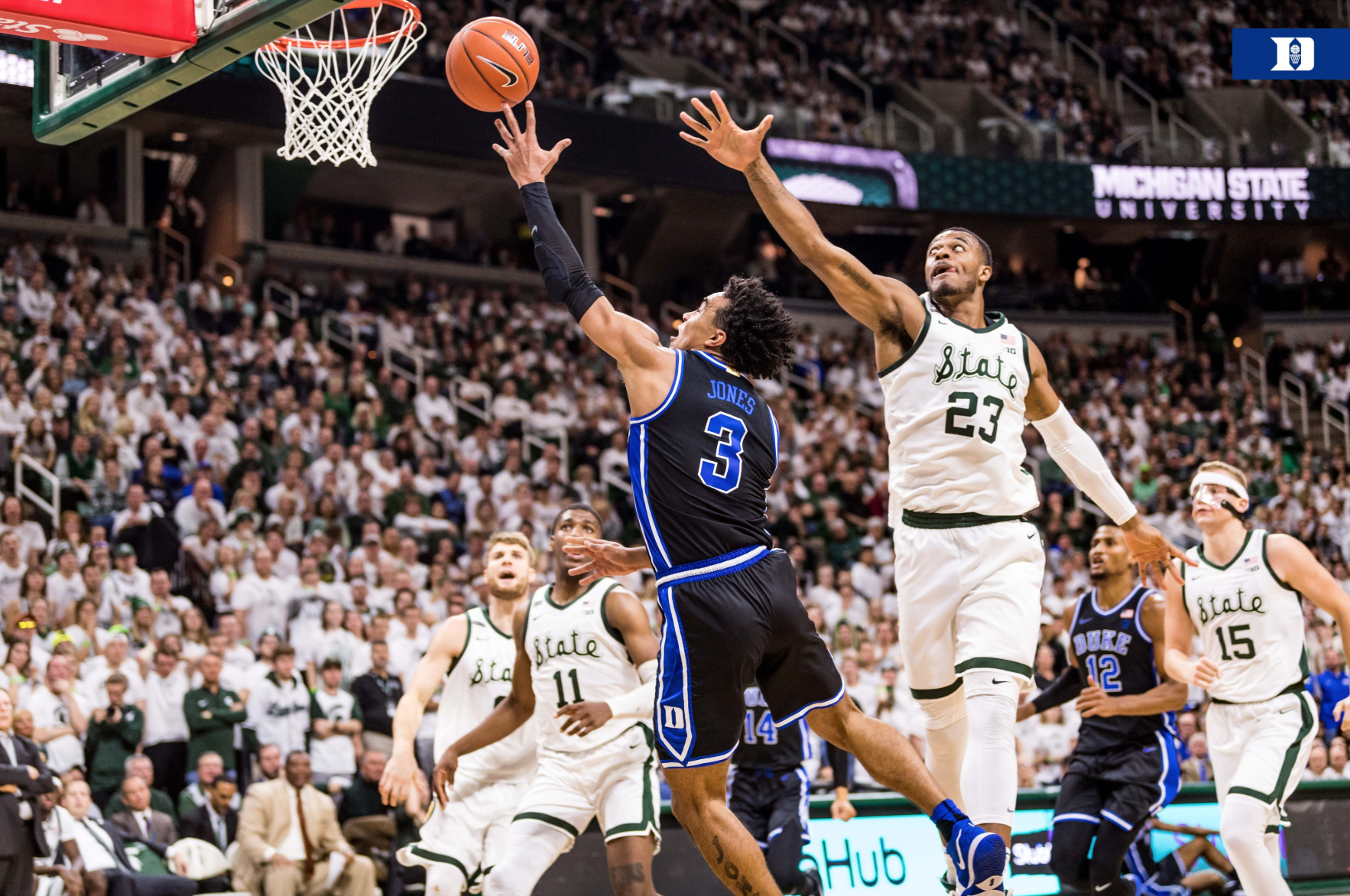 In their first true road game of the season, Duke dominated Michigan State 87-75 in the Big Ten/ACC Challenge. Tre Jones scored 20 points, alongside 12 assists – matching his career high. Vernon Carey Jr. was a force in the paint, putting up 26 points with 11 rebounds.

A rematch from last year’s Elite Eight, this was a revenge tour for Jones and the Blue Devils.

Defense was the main factor in this matchup as the Blue Devils racked up 10 steals and 11 blocks, as well as forcing 14 turnovers in 40 minutes of play. Jones and Jack White led the way with three steals each, while Matthew Hurt and Carey Jr. had six blocks combined, three respectively.

Duke led 45-29 at halftime, thanks to a combined 26 points from Carey Jr. and Jones. 45 points are the most the Spartans have allowed in a half at home since 2016, and the 87 points the Blue Devils put up were the most points allowed at home in regulation in over 20 years for Michigan State.

Off the bench, Joey Baker had 11 points, cashing in five of his six attempts from the field. Fellow big man Javin DeLaurier added 10 points for the Blue Devils.

For Michigan State, star captain Cassius Winston was held to just 12 points on 4 of 14 shooting. Foul trouble early for Marcus Bingham Jr. limited him to playing 12 minutes with 13 points on the night.

Mike Krzyzewski moves to 10-2 against Tom Izzo when both teams are ranked.

Duke moves to 8-1 and travel to Virginia Tech on Friday night. Michigan State falls to 5-3; they host Rutgers on Sunday night.