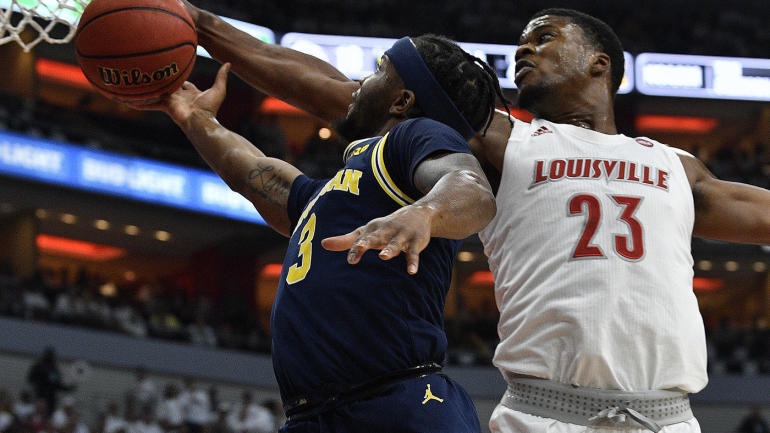 After much fanfare following the Wolverines’ success in the Battle 4 Atlantis tournament, the fourth ranked Michigan team were shut down at the KFC Yum! Center. Louisville’s defensive effort stole the show, holding the Wolverines to only 43 points total, only 18 points of which came in the first half. Michigan went 15-58 from the field and only 3-19 from 3 point range. The only Wolverine that hit double digits was center Jon Teske, who scored 18 points along with grabbing 10 rebounds.

The Cardinals also did not have their best offensive showing, only hitting 36.7% of their shots. Junior forward Jordan Nwora had a great outing, dropping 22 while grabbing 12 rebounds. Two other Cardinals reached double-digit rebound totals: forward Dwayne Sutton and center Steven Enoch. The Cardinals outscored, out-rebounded, and out-assisted the Wolverines while cruising to a 15 point victory over the Wolverines, proving that they are truly the number 1 team in the country.

What this means for the Wolverines

The surging Wolverines had a rude awakening after jumping from unranked to 4 in the AP Poll. Their victories over Iowa State, North Carolina, and Gonzaga gave them a lot of momentum heading into Louisville, but the Cardinals showed them that they still have to work to become the team that many thought they already were. The Wolverines need to be more consistent from the field, and have to be smarter in their shot selection if they are to make a good run this year.

What this means for the Cardinals

The already top-ranked Cardinals can have even more confidence in how good they are. This confidence cannot lead to complacency though, as even in this game the Wolverines got it within four before a massive run by Louisville. Their dominance in this effort was nothing but impressive, and their defense was incredible in shutting down veteran point guard Zavier Simpson and the rest of the Michigan offense (bar Jon Teske). If the Cardinals can keep this type of lock-down defense up, a Final Four appearance might be all but guaranteed.