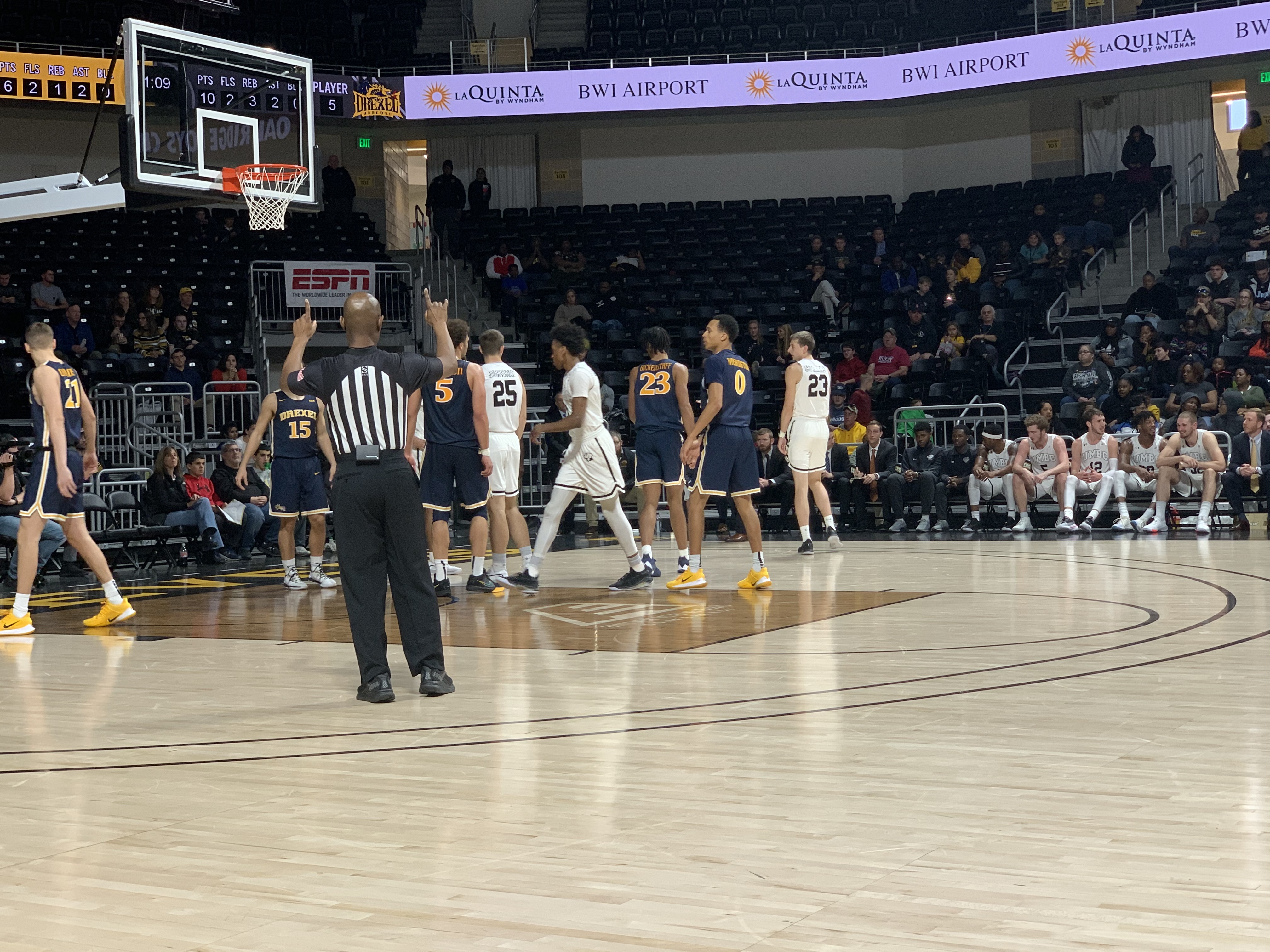 Despite a slow start, the UMBC Retrievers beat the Drexel Dragons 85-60.

The Retrievers were without Arkel Lamar, Darnell Rogers, and R.J. Eytle-Rock due to injury.

Drexel started the game on fire and were dominating early. But UMBC battled back and took the lead.

Sam Green helped keep Drexel in the game. Green had 11 first half points. The Dragons were never able to get James Butler who is their leading scorer going.

The Retrievers picked up right where they left off to start the second half. They started the second half on a 20-2 run. The Dragons were never really able to get back into the game.

UMBC continued to dominate the entire second half and went on to win the game by 25 points. Daniel Akin and K.J. Jackson led the Retrievers in the second half. Akin scored 12 points and Jackson scored 10 points.

This was a great win for the Retrievers. UMBC will play American on December 3rd.