Not just any Freshman Class 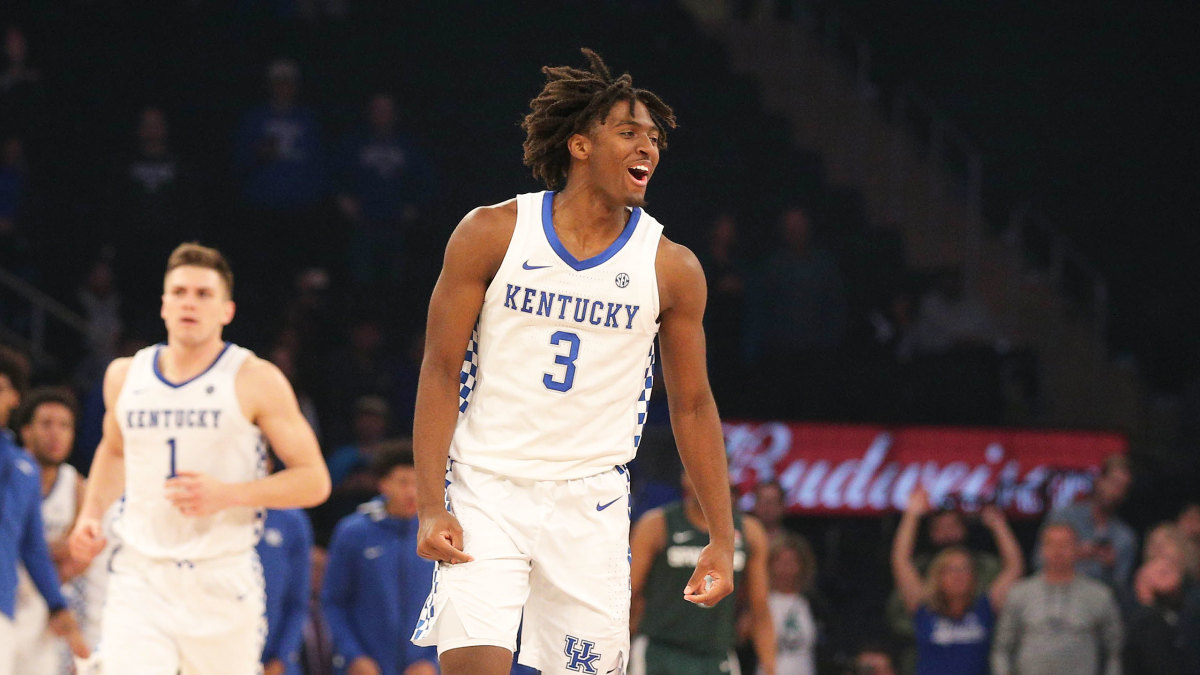 Phew.  Nine points and two assists in roughly three minutes for the freshman stud.  The home team was finally starting to pull away much to the relief of the anxious crowd in the stands.  Anyone watching this game could tell this kid was going to be good.  Matter of a fact, as a freshman, to be up that stat line.  Kid would make ESPN headlines for sure.  The buzzer sounds and opposing players do the annual handshake line at the end of the game.  Georgia takes it 91-72 thanks to 24 points, 9 rebounds, and 3 assists, to go along with a game high 4 steals from stud frosh Anthony Edwards.

Didn’t hear about it?  That’s because this year’s freshman class is THAT good.

To be fair, Georgia isn’t exactly a basketball school, and with Western Carolina on the other side of the court, it wasn’t a game at the top of the media watch list, let alone the casual fan.  But come on.  That’s a very impressive stat line for the second overall recruit in the Class of 2019 according to 247sports.

In fact, the 6-foot-5 guard coached by Tom Crean could very well be a top-five NBA draft pick in 2020.  His competition had a lot to say though.

It started when fourth ranked Duke played third ranked Kansas in the first game of the annual ‘Champions Classic’.  Duke’s slew of freshmen all had solid performances, as Cassius Stanley put scored 13 points, while Vernon Carey Jr. had 11 to go along with 6 boards.

Then, it took off.

Villanova’s Jeremiah Robinson-Earl exploded against Army, with 24 points and 13 rebounds in the big win. James Wiseman, highly regarded as the nation’s best recruit, had an eye-popping 28 points and 11 rebounds in a double-double of his own, while freshman teammate Precious Achiuwa had 14 points and 8 rebounds to his own name.  That’s not enough?  Kentucky freshman Tyrese Maxey decided to put on a show at Madison Square Garden, scoring 26 off the bench as the Wildcats took down top ranked Michigan State.

But, hold your horses, there’s MORE.  Day two of college basketball saw the best performance to the date, as Cole Anthony went bonkers, with 34 points (which tied Syracuse’s team total against Virginia), 11 rebounds, and 5 assists in a win against Notre Dame.

In case that wasn’t enough, Nico Mannion looks to bounce back after a so/so debut, while Isaiah Stewart, another prized recruit, hasn’t even stepped foot on the court yet, as Washington’s first game isn’t until November 8th against Baylor.

Alright, fine.  The season just started.  But in a year where college basketball looks to replace the talent that is Zion Williamson, they may have found the next best thing – an entire class full of playmakers, game changers, and passion for the game of basketball.